Lorenzo Lamas Shirtless, Speedo, Underwear, Girlfriend. Time to celebrate men who are not afraid to keep their chest hair which means, considering the popularity of grooming and manscaping these days, we have to go back to the time when body hair was appreciated and not shaved out of extinction.

Famewatchers, say hi to His Hirsuteness, the young a gorgeous Lorenzo Lamas during his heydays as a matinee idol loved by Teen Beat fans in the 1980s/1990s. 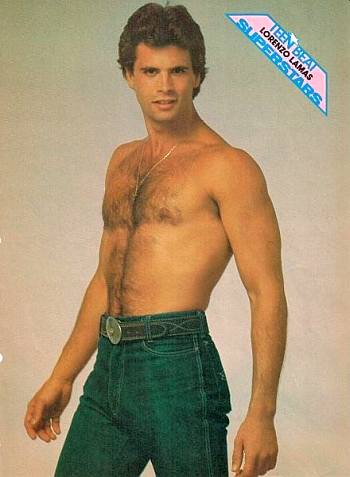 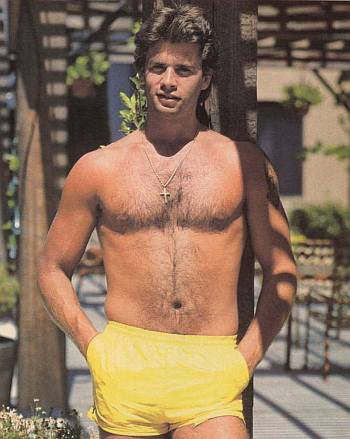 Out from the pool in his Speedos. This is probably our favorite photo of the guy. Oh, just noticed that he’s wearing his cross necklace in all these images. He is a member of the Catholic Church, in case you are wondering. 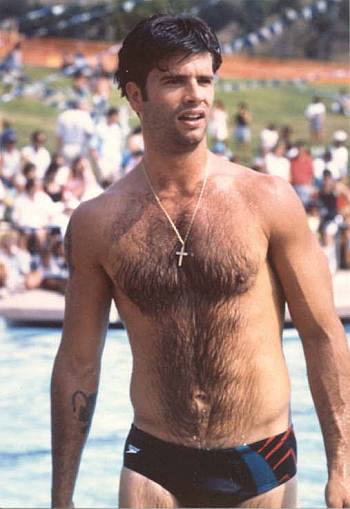 Hmmm, we take back what we said above. The next pic below is actually our favorite image of this Speedo-loving hunk of a guy. Here’s a disagreement we’d like you to help settle fellow Famewatchers: Were the preceding photo and the one below taken at the same event?

We don’t think so because he is hairier in the pic above and he’s wearing a different Speedo below. For her part, Deena insists that the photos are from the same event and that the angle of the camera simply highlighted his body hair above and that he’s wearing the same swimsuit only that the design is hidden on the side. [Update: After a closer look, we agreed that Deena is correct. Those hanging flags on the background is what convinced us.] 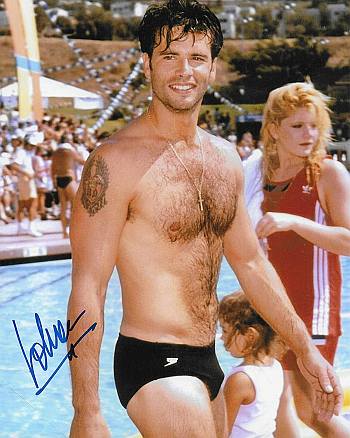 Chilling by his lonesome on the beach. 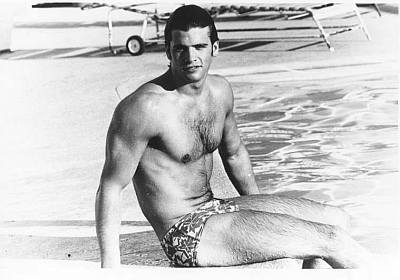 Standing by his lonesome by the pool. 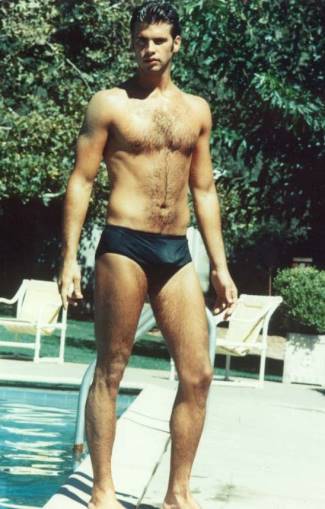 How unfortunate that Lorenzo is not wearing a pair of Speedos in this photo with Jean Claude Van Damme. If he did, they’d be Speedo buddies. 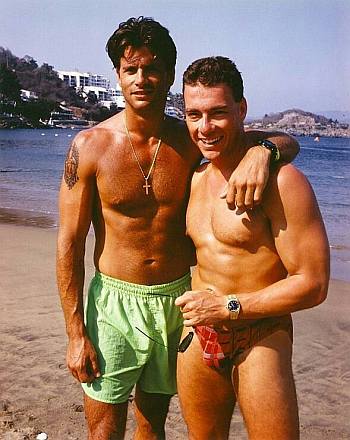 Apparently, our Lorenzo did some modeling for Playgirl. 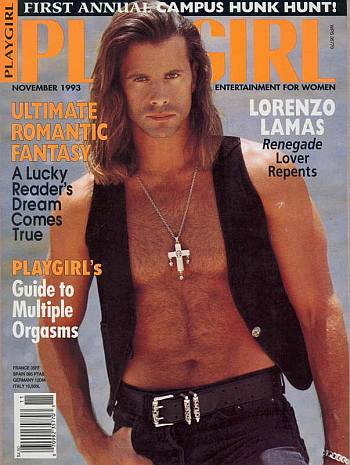 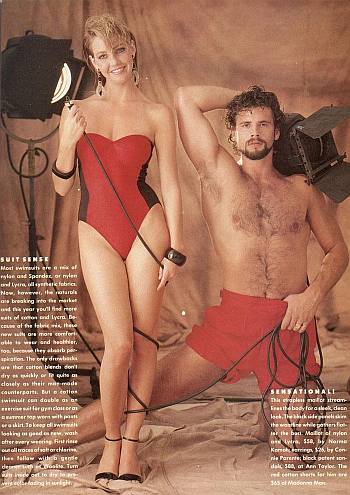 Lorenzo Lamas Gay or Straight? He is straight and has been married five times and is a proud dad of six kids. He was last married to actress/model Shawna Craig; they divorced in 2018. Radar Online states that he was dating Canadian design expert Janette Ewen in 2018 and we do not know whether they are still seeing each other.

Now, let’s end this post with this fabulous photo of Lorenzo, shall we? If we are not mistaken, this is also from a Playgirl photoshoot. 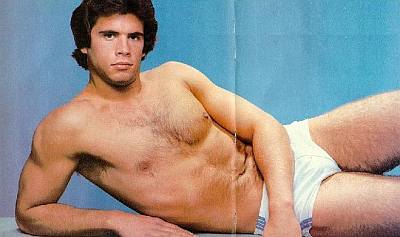