Long Dress For Girls: Angelina Jolie in Co Resort Yellow Dress. Today in long dresses for women, we bring you Angelina Jolie and her long yellow dress. The Hollywood A-Lister and Oscar-winning actress wore this fabulous yellow long dress when she attended the screening of her movie, First They Killed My Father, at the Asian World Film Festival in Los Angeles. 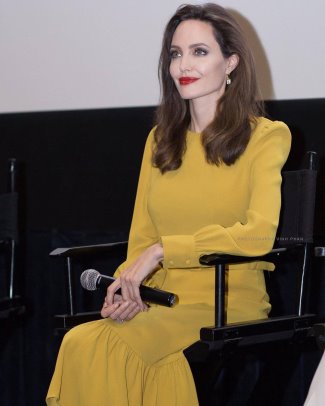 According to Popsugar, Angelina’s dress is from the Co 2016 Resort collection which gave the actress a shoutout for picking one of their outfits:

It is so exciting when women we admire wear Co #angelinajolie you are a healer; always giving yourself to the world in ways that truly matter. Here you are today in our resort 16 marigold dress looking stunning.

Jolie was with good friend Loung Ung, the Cambodian writer who wrote the book from which the film was based on and who also co-wrote the script for the movie. By the by, First They Killed My Father is in the running for an Oscar — it’s best shot is in the foreign language category — so let us keep our fingers crossed for Angie and Loung. 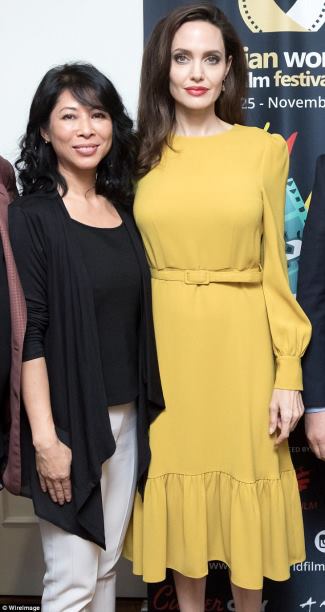 They received an award for the young and talented Cambodian actress Sareum Srey Moch who made her acting debut on the movie. 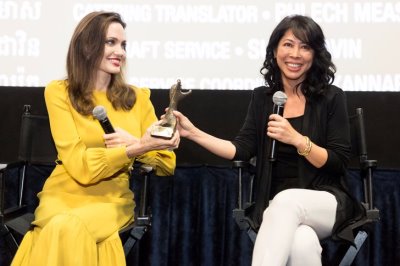 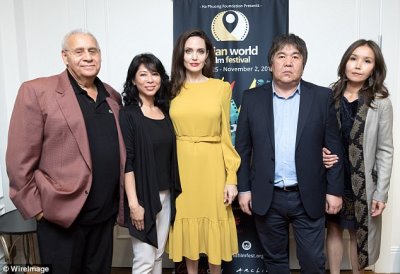 Anyhoo, this is not the first time Angelina pulled off a yellow dress. Check her out in this Ungaro dress which she wore to the 60th Cannes Film Festival way back in 2007. 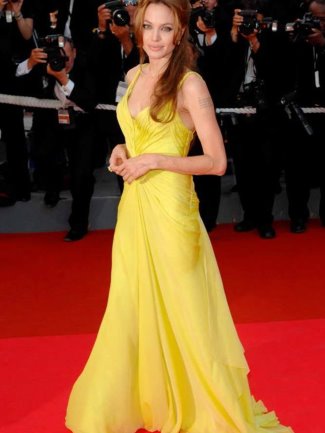 She was also snapped by the papz wearing this Catherine Malandrino yellow number way back in 2008. 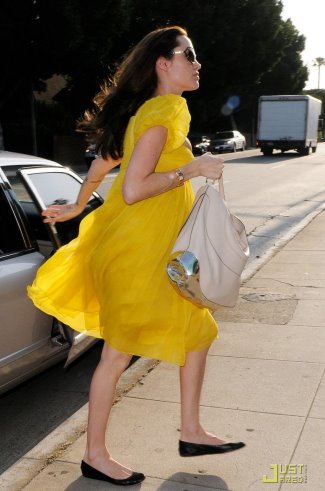 Will we see the Hollywood A-Lister wear yellow again? Well, she’s more likely to wear black rather than bright dresses but may be she’ll surprise us again in the future. At any rate, given the buzz her movie has been getting which, by the way, has an impressive 89% Fresh Rating on Rotten Tomatoes, we are so looking forward to more red carpet appearances for Angelina and Loung.