Okay, we are not sure if he’s really wearing underwear or swimwear but, if this is from Survivor, it is very likely that he’s in underoos rather than swim trunks because Survivor producers are naughty like that.

Anyhoo, we love this scene so much we have to upload this GIF even if it occupies more space on our server than your average JPEG image.

Oh Lucky, we are so loving your hand-on-the-back-of-your-head pose. So modelesque! Tyra would be proud. 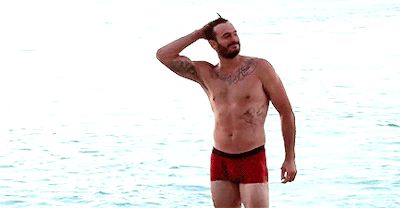 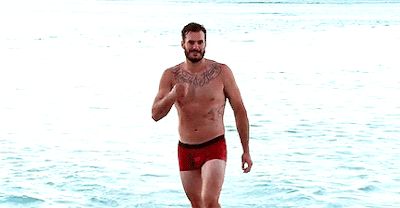 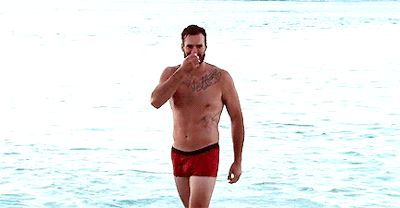 Now 30 years old, Locky came to prominence when he was cast in the 4th season (or is it 3rd) of Australian Survivor in 2017. He made it near the end but was voted off in Day 49 and placed 5th among 24 castaways.

Fans loved the guy so it’s no surprise he was cast for the All Stars edition of the show which aired early this year. He also performed well, landing in 11th place (out of 24 contestants). He was voted off on Day 30 and became the first member of the jury. 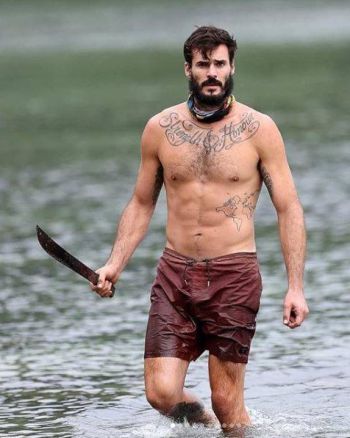 Now, he will soon be back on television as the 8th seeker in the Australian franchise of The Bachelor looking for a girl to bring home to mama. Yay! 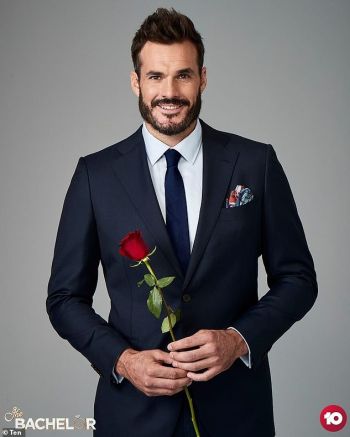 Previously, he dated a hairdresser/model named Jordan Cayless who was a cast member on the second season of Love Island Australia. Here’s a photo of the ex-lovebirds which we grabbed from Locky’s Instagram account (follow him @locklangilbert). 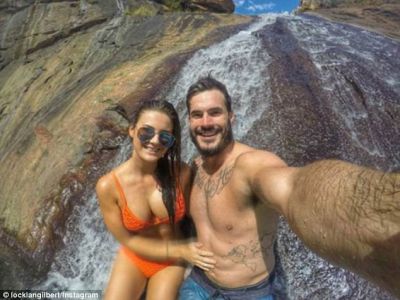 If you check out his Insta, you’d easily notice that our Locky is an adventurer — more of a thrillseeking daredevil if you ask us. Here’s a photo of the guy doing some rock climbing. 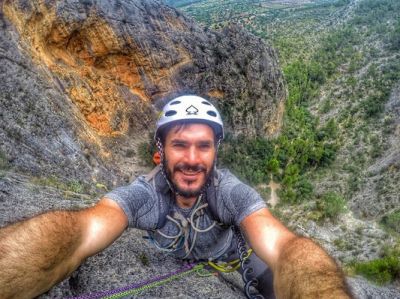 And here’s an interesting tidbit about our upcoming Bachelor: Apparently, he knows how to play NFL style football or American football. He was a wide receiver for the Australian national team (called Australian Outback) which competed in the 2011 International Federation of American Football (IFAF) World Championship held in Austria.

They placed 8th out of eight teams which is kinda embarrassing for Australia because the sporty nation usually punches above its weight when it comes to sports. Hehe.

However, to give credit where credit is due, Locklan actually made the first ever score for Australia in the tournament when the Outbacks faced off with Germany. Here’s a recap video showing Locky (number 34) scoring for the team:

Of course we have to screencap his heroics because we are stanning the guy: 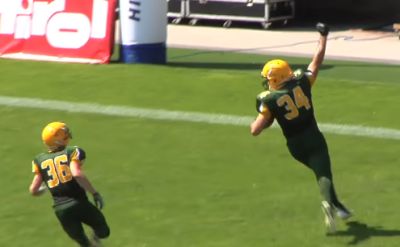 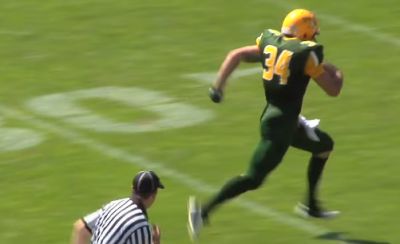