LJ McKanas Shirtless Shirtless and Underwear Pics. Ugh! Are we the only ones disappointed that David Samson and that Garrett hunk were the first ones voted out of Survivor Cagayan? Sure they were foolish and silly and definitely deserved to be booted out but we’re disappointed because we wanted to see us some DILF (in the person of Samson) and some pretty washboard abs (which we found on Garrett).

Thankfully LJ McKanas, who is kind of DILFy and who has some nice abs, is still in the game and is turning out to be a very strong player too. We’re loving him and we hope he goes a long way!

Not surprisingly, our friends at Survivor Sucks are love, love, loving LJ McKanas as well. Check out the photoshop (photochop in Sucks lingo) above of our LJ as the Horse Whisperer. Pretty cool, eh?

One thing we like about LJ is his awesome puzzle solving skills? He single-handedly saved the Beauty/Solana tribe and pulled off one of the best comebacks in recent Survivor history when he easily worked out the puzzle in the second episode which stumped the choking J’Tia of the Brainless/Luzon tribe.

Speaking of J’Tia, did you know that she posed for Playboy when she was in grad school? Check out our earlier post: J’Tia Taylor as a Playboy Model.

Here’s LJ solving the puzzle in the first immunity/reward challenge which his tribe won. 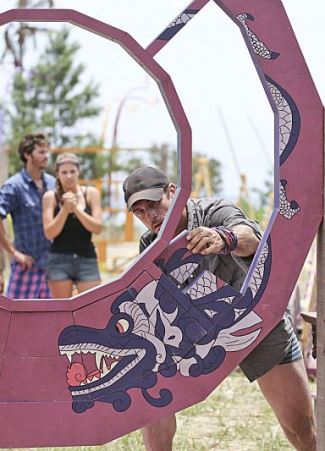 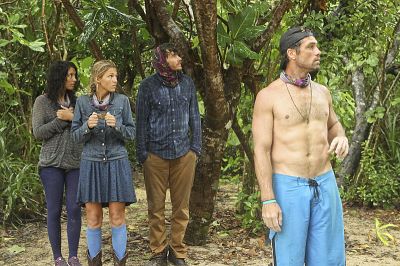 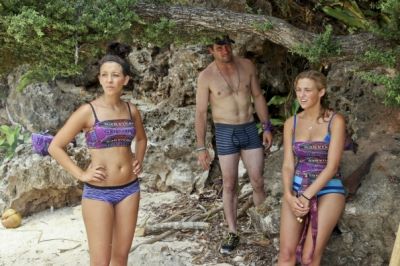 You want a closer look of LJ in his boxer briefs underwear, don’t cha? Consider your wish granted. It goes without saying that we are looking forward to more underwear moments from this DILFy hunk. Hehehe. 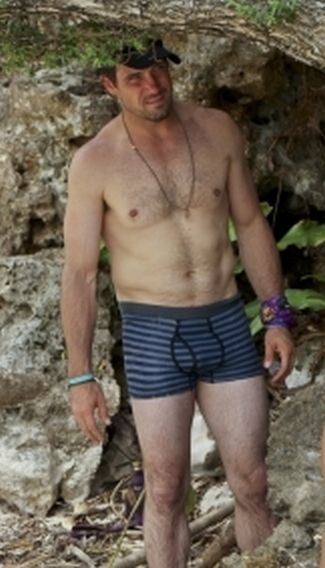 Does LJ have a girlfriend or wife? Or is he gay (our friend Kevin’s gaydar thinks so) and has a boyfriend/husband? We don’t know but a poster on survivorsucks says our LJ reminds him/her of “Jeff from Australia” and “ergo he is gay”. Clinging to straws there, aren’t we?