Lionel Messi Sponsors and Endorsement Deals. How much money is Lionel Messi is making from his sponsorship deals? Furthermore, what companies signed him as a celebrity endorser or spokesmodel? We’re pretty sure you already know that the Argentine football star is one of the highest paid endorsers in the world. But did you know how much his endorsement contracts pay? We also don’t know. So we decided to make a Lionel Messi sponsors list and this is what we came up with. If we missed any sponsors on this list, do mention them in the comments.

1. Huawei Mobile. The Chinese mobile company reportedly paid US$6 million to Lionel to be its global brand ambassador.

2. Adidas. Lionel signed a seven-year sponsorship deal with Adidas for a freakin’ total get of $140 million. So for each year, he’d be making $20 million for simply wearing Adidas outfits. Update: In February 2016, totalsportek.com reports that Lionel’s Adidas deal makes him “around” $24 million. So his Adidas contract is even more lucrative, huh? 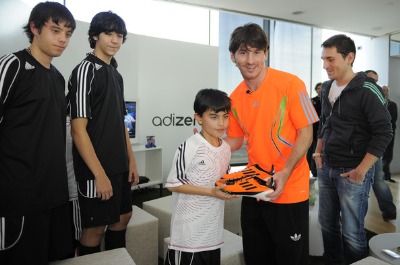 3. Fifa 15/EA Sports. Messi is on the cover of the FIFA 15 video game. Unfortunately, we have no figures on how much he makes from this endorsement deal. His contract end this year according to the Daily Mail

5. Pepsi. Pepsi signed Lionel as its endorser in 2014. We have no figure for how much it paid for the services of the global superstar. 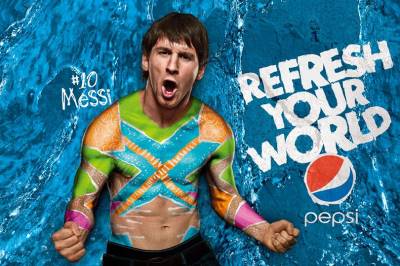 6. Audemars Piguet. Both Lionel and the Swiss luxury brand agreed on an endorsement contract in 2010. 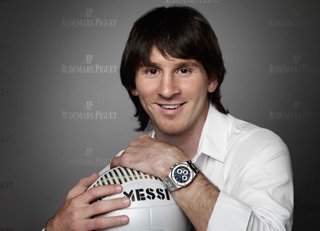 7. Dolce & Gabbana. Apparently, Lionel and D&G have been partners since 2010.


8. Herbalife. In 2010, Herbalife signed up as the nutrition sponsor for FC Barcelona. Likewise, it signed a separate endorsement contract with Messi.

10. Gillette. Since 2014, Lionel has been one of the global brand ambassadors of the razor company.

We’d be the first to admit that the above Lionel Messi sponsors list is not complete and, maybe, not current. It is a work in progress which means we will be updating this post in the future as we come across more information.

In conclusion, if you know more endorsement deals that should be added to this list, do tell in the comments. Now, if you want to check out our previous posts on Lionel Messi sponsors, click the link to the next page.