Leslie Roberts Boyfriend or Husband: Married to Chris Barber. Let’s add Canadian TV host Leslie Roberts to our ever growing list of media personalities coming out as members of the LGBT community. The CTV Morning Live anchor has actually been out to family, friends, and co-workers to as far back as 1989, but only came out to the public during this year’s National Coming Out Day.

Here’s what he said during a segment in his show: “I want to live an authentic life, and I want everyone who is watching this morning to know that I’m a gay man, and have been [out] since 1989. This discussion is 30 years in the making, because when I did come out, we weren’t able to have this kind of discussion. Starting out in the TV news business, I was told if I shared it publicly, it would be career-limiting if not killing. But my friends and family have always known, I have been surrounded by people I love.”

For those of you wondering whether they newly-out media personality is dating anyone or has a boyfriend, the answer is no on both counts. But he does have a husband, Chris Barber, and they’ve been together for almost 18 years. 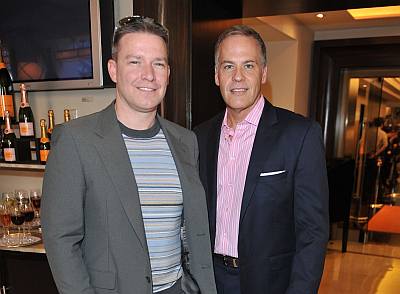 Here’s what Leslie says about his hubby (via Pink News): “We got together almost 18 years ago, but never even dreamed we could get married because it wasn’t an option. We got married four years ago, and I started my vows by paying tribute to those who came before us, and said we’re standing on the shoulders of those who struggled, who were harassed, who went to jail. Friends and family were in tears, and I could see how moved they were. To me, it’s not new, but I was like, wow, they really get it. They understand where we’ve come and that the fight is not over.”

Previously, Leslie was married to Amalia Fernandez with whom he has a daughter, Leslie. Here’s a pic of father and daughter during a baseball outing back in 1998: 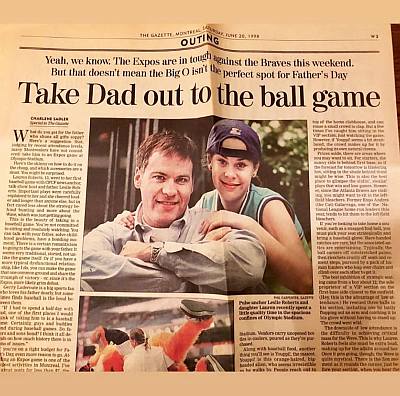 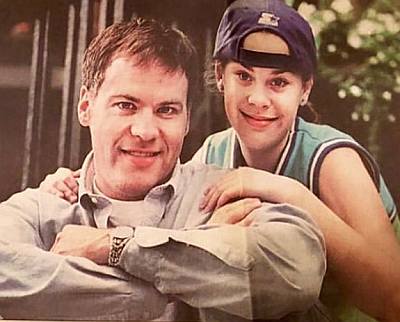