Leona Lewis Plastic Surgery: Nose Job? Before and after photos of X-Factor winner Leona Lewis. Her nose is now less wide, the nostrils are smaller than they used to be, the tip of her nose appears to have been shaved down, and she now sports a slightly higher bridge. It’s a pretty good cosmetic enhancement, to be sure. 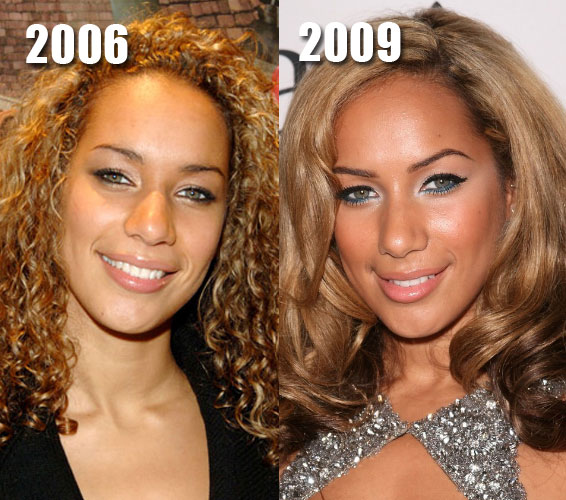 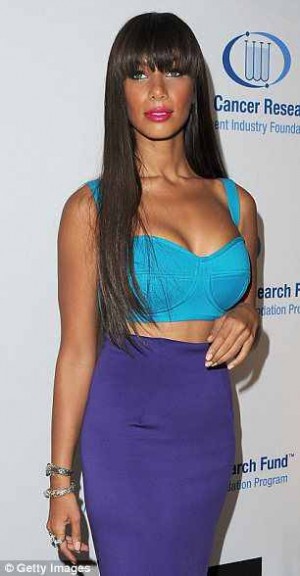 The above picture of The X-Factor winner Leona Lewis and the next one below makes us wonder whether she had undergone a breast enhancement surgery. Clearly, even a cursory look at the two photos shows that her boobs are bigger now, right?

However, the difference could be explained by several factors such as the outfits she’s wearing (of course they’re gonna look more prominent if she’s wearing nothing but a bra) and the angle from which the photos were taken (they’re gonna look smaller if the photo is taken from the top). Of course, it may be that Leona did have a breast enhancement surgery. Well, she ain’t the only celebrity who’ve gone there so it won’t be a surprise. 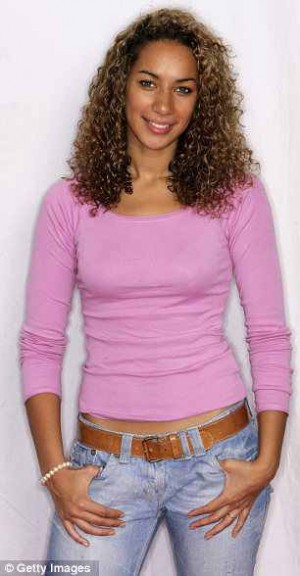 These days, celebrities having cosmetic surgeries is a non-issue. Which is why we kinda agree with Kelly Osbourne when she wrote this in her Closer Magazine column:

I cannot understand why there was such a fuss over pictures of Leona Lewis wearing unusual dresses last week – she’s a beautiful girl and I love it when women take a bit of a fashion risk!

And people are so mean to speculate over whether she’s had a nose job or not. I have no idea if she has or if she wants one, but I think she looks beautiful whatever.

And if she did have one – so what? It’s her face! If that makes her or anyone else feel more comfortable and confident, so be it.