Leland Vittert Eyes, Hair, Girlfriend, Fox News Journalist (posted 27 May 2015, updated). Who is Leland Vittert and why are we blogging about him? He is a TV journalist on Fox News who’s recently made the news.

And he’s one of Mediaite’s “50 Sexiest in TV News 2015”. Is he really that hawt? Eh, he doesn’t do it for us (we’re more into the Ronan Farrow type) but we can see why other peeps are crushing on him.

For instance, check out his fabulous hair. 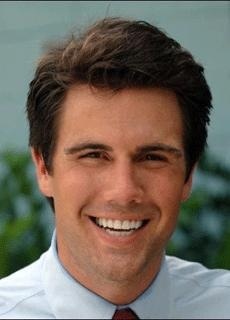 Impeccable, no? What does he use for shampoo and conditioner? By the way, does he remind you of Andrew Rannells? Our friend Deena says Leland also reminds her of Perez Hilton. She might want to get her eyes checked because we don’t see any resemblance.

On the other hand, we agree with the Mile High Guy who states that Leland Vittert is a doppelganger for “adult actor” Mike Branson. Let’s have a side by side comparison of the two courtesy of Mile High: 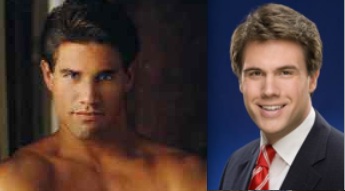 That’s an uncanny resemblance right there. Are we sure these two are not long lost twins or something? The good thing about Leland and Mike being lookalikes is that you can easily imagine the Fox News reporter as a shirtless, muscled, sculptured dude by simply looking at these photos of his lookalike.

Is Leland Vittert Gay or Straight? Does He Have a Girlfriend? Leland is straight. According to a comment on the Execs Blog, Leland was dating an executive named Sara Scott back in 2011. They may or may no longer be dating. Also, remember that this is only a rumor so we don’t really know if the two ever dated.

At any rate, here’s a pic of Sara: 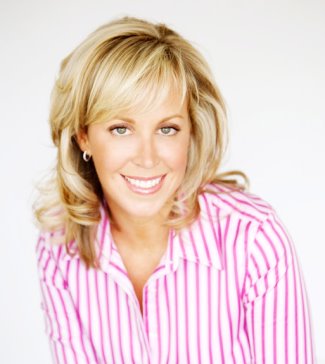 Why Are Some People Googling Leland Vittert’s Eyes? Why are the Google gods auto-suggesting “Leland Vittert eye” when you google his name? The only reason we can think of is that he looks cuter (and more scholarly) when he’s got eyeglasses. 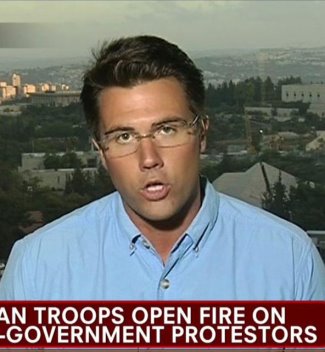 Update: According to our friend Kevin, Leland may have a lazy eye and that may be the reason why people are using the search words mentioned above. Whatcha think?

Leland Vittert Q&A With the Denver Post. For those of you interested in knowing more about this guy, we are republishing this 2009 interview he did with Bill Husted (BH) of the Denver Post. Check it out:

BH: Your parents live in a town called Leland?
Vittert: My dad fell in love with my mom, and then the town, and he named his son after the town.

BH: Do you have a teddy bear?
Vittert: I do have one, actually, but it lives under my bed, so that doesn’t count.

BH: You like being a reporter or an anchor?
Vittert: They are both challenging. But you can’t be a good anchor without being a good reporter.

BH: Do you watch a lot of television?
Vittert: I admit I watch “Grey’s Anatomy.” And I watch Jay Leno religiously. I love “Law and Order” reruns. And I try to watch one of the network newscasts every night.

BH: Movies?
Vittert: It’s rare I get a night off. My favorite of all time is “When Harry Met Sally.” And I liked “The Rock” and “Top Gun.” What guy doesn’t like “Top Gun”?

BH: Food?
Vittert: If you look in my kitchen it would tell you I am never there. There’s nothing in my refrigerator except wine, water, some ice and three frozen pizzas. I eat out 99 percent of the time.

BH: What’s on your iPod?
Vittert: All country.

BH: On the air, you always have a lot of contraptions on your belt. Pagers and cellphones and whatnot. . .
Vittert: Yes. A talent coach once described me as a nerd trapped in a handsome man’s body. I am a certified geek. A complete dork.

BH: You dress very neatly.
Vittert: My mother picks out my clothes. If you saw me when I wasn’t dressed up you would think I am a complete slob. Which I am.

BH: What’s your apartment like?
Vittert: I still have the futon I had in college. I have a big TV and a comfortable chair. It’s the ultimate bachelor pad. I still have a 55-gallon Rubbermaid trash can in the corner so I only have to take out the trash once in a while.

BH: What’s your idea of perfect happiness?
Vittert: If I could get a Victoria’s Secret model to fall in love with me, and to be on a beach with her with a margarita . . . that would be pretty close to perfect happiness.

BH: What trait don’t you like about yourself?
Vittert: Sometimes I am too serious.

BH: What’s the most overrated quality in a person?
Vittert: Being funny. Every girl I meet says she wants to meet a guy who’s funny, who makes her laugh. Well, meet the right person and he’ll make you laugh.

BH: Even if a girl asks you if those jeans make her butt look big?
Vittert: I come from a long line of truth-tellers. We may sleep on the couch, but we tell the truth.

BH: What’s the best bar in town to pick up girls?
Vittert: I have never met a girl in a bar and taken her home and I don’t intend to start now. It doesn’t work.

BH: Are you very critical of yourself?
Vittert: Have to be.

BH: What’s your most treasured possession?
Vittert: My watch. My great- grandfather gave it to my grandfather.

BH: Reading?
Vittert: I love Stephen Ambrose, “Marley and Me,” and a ton of John Grisham.

BH: Favorite names?
Vittert: My nickname is Lucky. When I was born, they did a C-section and I was breeched with the umbilical cord around my neck, in a knot. The doctor said, “This is one lucky baby.” So for 18 years I was known as Lucky. But I didn’t talk for the first three years of my life. Not a word.

BH: Why was that?
Vittert: I don’t know. I just didn’t talk. My parents were worried and they took me to doctors and they just said I’d talk when I was ready. Now look at me.