Lee Daniels Young, Awards, and Partner Jahil Fisher. Did you know that Oscar-nominated director Lee Daniels did some acting before he decided to focus on producing and directing critically acclaimed movies and television shows? Yup, his very first project in the entertainment biz is an acting gig for a 1986 short movie called A Little Off Mark where he plays the best friend of the main character. Unfortunately, tried as we might, we can’t find a copy of the short film but here are pics of the guy back when he was younger. 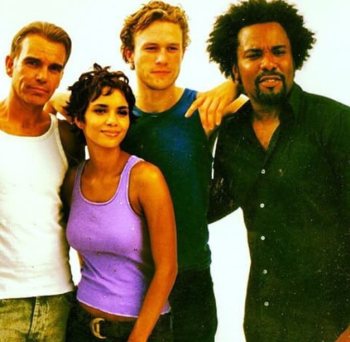 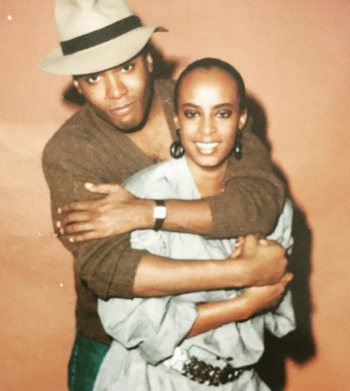 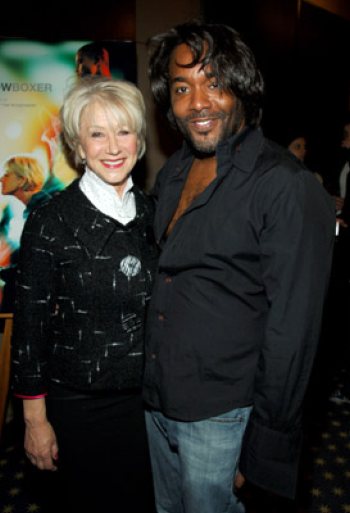 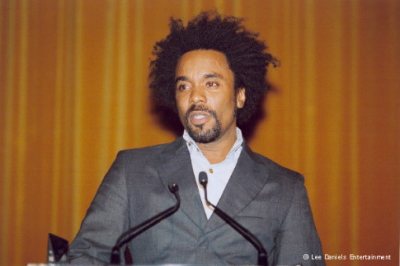 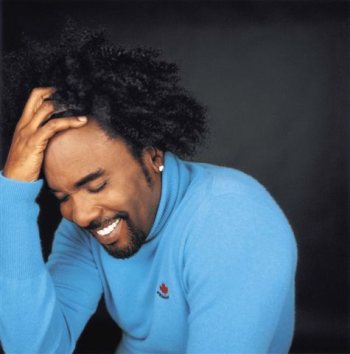 Lee Daniels Awards List. To date, the producer/director has brought home 30 awards according to his IMDB profile. An Oscar statue has been elusive though and he deserves one so let’s keep our fingers crossed that he will eventually win one. 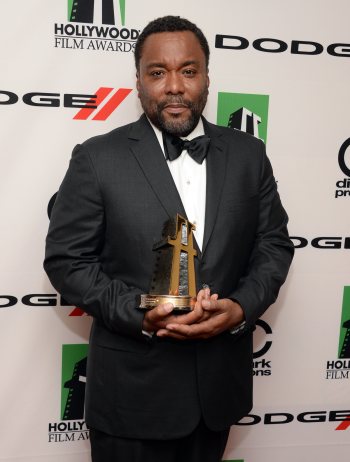 Oh, he did get his star in the Hollywood Walk of Fame in 2016. Yay. He and beau Jahil Fisher are still going strong and we’re tempted to include more of their photos here but you should check out their Instagram accounts (@leedaniels and @feeshlite). 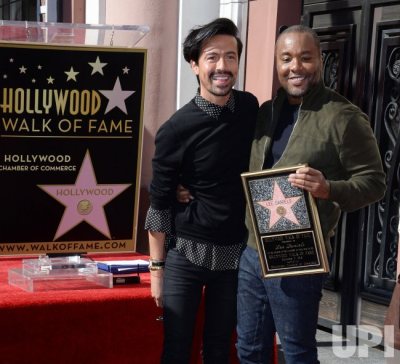 …..
Lee Daniels Gay or Straight? Boyfriend Jahil Fisher (9 August 2015). Is Lee Daniels some kind of a modern-day King Midas? It seems like everything he touches turns to gold. His 2001 movie, Monsters Ball, bagged an Oscar Award for Halle Berry. His 2009 movie, Precious, was nominated for Oscar Best Picture and Best Director and it won an acting trophy for Mo’Nique. And while his 2013 movie, Lee Daniels’ The Butler, was snubbed by Academy voters, it earned countless nominations from several award-giving bodies.

Oh, we should mention too that the above movies were box office hits which made oodles of money.

Lee Daniel’s latest golden project is, of course, the TV show Empire which emerged as the biggest hit during the 2014-2015 TV season. It revived the career of Terrence Howard, made us realize how great an actor Taraji P. Henson is, and made new stars out of Jussie Smollett, Trai Byers, Rafael de la Fuente, and Bryshere Gray.

[Update: Our friend Deena tells us that not every Lee Daniels project is golden by pointing out to us that he also produced and directed the critically panned box office bomb that is The Paperboy. Good catch, Deena!]

Is Lee Daniels Gay or Straight?. He is gay. In fact, he’s got a boyfriend named Jahil Fisher. Check them out looking lovey dovey in this photoshoot for Out Magazine. 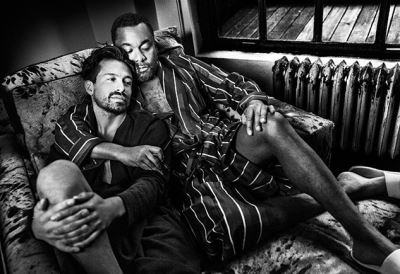 They sure look good together, don’t they? How did these two meet? And how is it like to be in a high-profile gay relationship in Hollywood?

Well, Lee tells us how they met in an interview with Out Magazine: “I heard his voice before I saw him, and that’s what attracted me first — the laughter. Then I was blown away by his sense of humor. He’s pure and in the moment, and he doesn’t have a poker face. When he’s happy, it’s like happiness on steroids, and his physical features change if he’s upset. I hide my stuff well — I’ve learned to. But he doesn’t. And he makes me laugh. It’s a completely different mind-set: He introduced me to The Real Housewives of Atlanta and he’s best friends with the Kardashians’ hairstylist. He’s very hip, and he brings all of that into my antiquated way of thinking.”

And what does Lee Daniels boyfriend Jahil Fisher think of their first meeting? Well, Out Magazine also got that covered. Says Jahil: “We met at the Chateau Marmont. I was there for my best friend’s birthday, and he was at the table next to ours. I didn’t know who he was at first, but he was living there, working on the script for The Butler. He kept staring at me, and then he sent his assistant over to ask for my number. I said, ‘No, he should come if he wants it.’ So he did. Then we were texting back and forth for like a month, and we set a date, and when he picked me up he was blasting Aretha Franklin with the windows down. I had dressed up a bit, and he had on track pants and a T-shirt. So nothing has changed [laughs].”

They sure look happy together, don’t they? 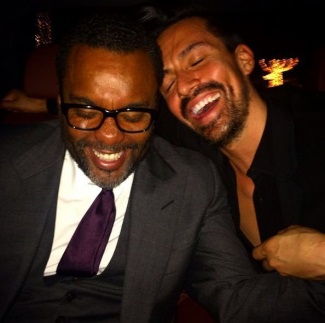 Jahil is a stylist and he currently works at Lanvin. Oh, and he is much younger than Lee. Here’s Lee talking about their age difference in his Out Magazine interview: “But it’s tricky. I’m 55 and he’s 33, so there’s a huge age difference between us, and I’m nervous about that. Thinking of the future, I get very Demi Moore–ish about it all. But if I’m living in the now, I know that each of my relationships has given me something important. My first gave me kids. My second gave me stability. This one — he makes me feel more responsible and accountable. And the s*x is continually off the chain. I remember first being attracted to his legs, and it’s nice to be in a relationship where, five years in, the s*x is still there. That’s unique for me, because I get bored quickly.”

Well, ain’t these two living proof that, when it comes to relationships, age is just a number? We sure think so! And Taylor Swift agrees with us. 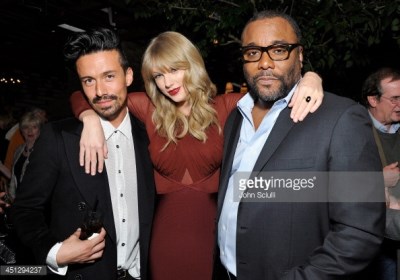