LeBron James Hair Transplant Proof: Before and After Photos. Time for another celebrity hair transplant post and, this time, let’s focus the camera on basketball superstar LeBron James. Did he or did he not undergo a hair transplant? Of course he did! Photos don’t lie, no?

The Famewatcher art department (aka our nephew who knows how to magically “merge” images) presents these side-by-side photos of the NBA great. One pic was taken last year during the 2013 NBA finals while the other pic is a very recent photo taken during a Nike event two weeks ago. 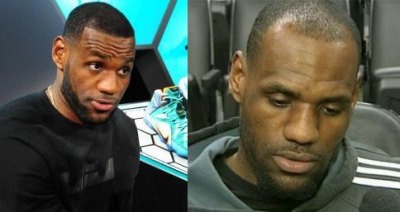 Here’s another before and after composite. 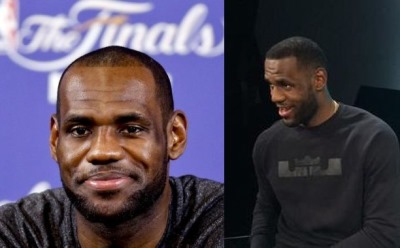 As it happens, we here at Famewatcher are not the only ones merging “before and after hair transplant” photos of King James. Here’s one we grabbed from the Washington Times: 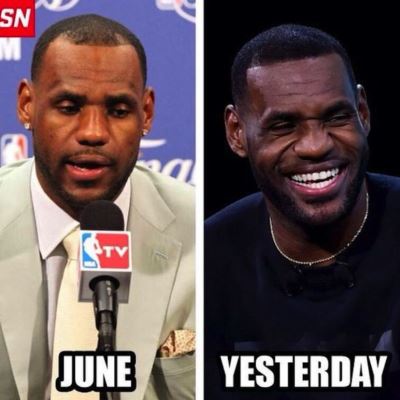 This ones from Sports Talk Florida. 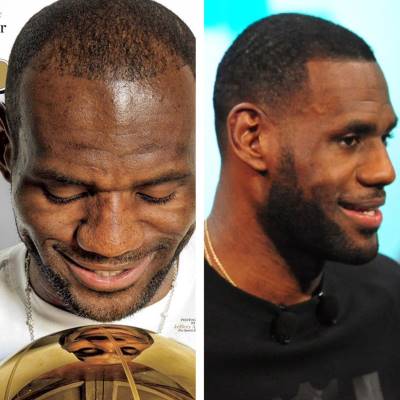 And here’s another from the My Pizzot blog. 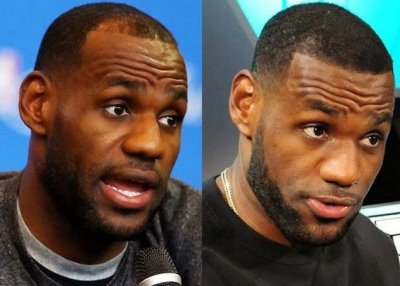 If the above “before and after” images are not enough evidence or not a credible proof for you, here’s the take of Katie Nolan who identified the procedure that King James most likely used to improve his crowning glory. What procedure is this exactly? According to Katie, LeBron must have undergone follicular unit extraction or FUE which involves taking hair from other parts of the body and transferring them to your balding area.

Update: Oops, Katie Nolan is wrong in saying that LeBron had FUE/FT because the basketball great is again sporting a receding hairline. Here’s a pic from the Plain Dealer taken just a few days ago, 27 September 2014, during a Cavaliers practice session. 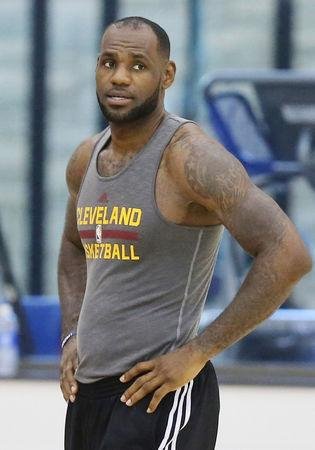 So what magic did King James use to cover his receding hairline during the Nike event? We remember listening to a male celebrity admit to doing something to temporarily thicken his hair on the Howard Stern show. We can’t recall his name now but he talked about spraying something to his hair which, apparently, made it look thicker. It’s not permanent though so he had to do it every time he has a public appearance. LeBron must have done the same thing. Check back later as we’ll go investigate what this procedure is and do another update in the coming days.