Lauren Budd David Walliams Relationship. Did David Walliams fall for Lauren Budd’s leather leggings? It’s an interesting relationship between these two, no? Hot sailor David is 37 years old. Lauren is 18 years old. We are going to say, “Ewww, she’s old enough to be your daughter.” But hey, if they’re in love, who are we to say anything. Oh, and we love Lauren’s black leather pants. 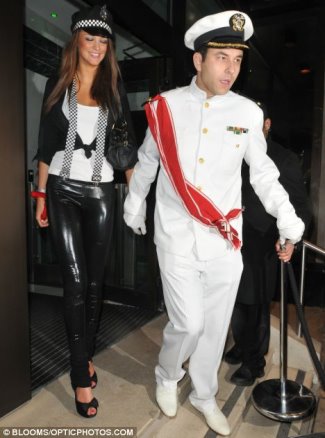 Lauren Budd David Walliams Part II: A lot of you were looking for manther David Walliams and Lauren Budd so we decided to do another post on this lovey-dovey couple even though we are jealous of them because we don’t have boyfriends at the moment to escort us to parties and stuff. 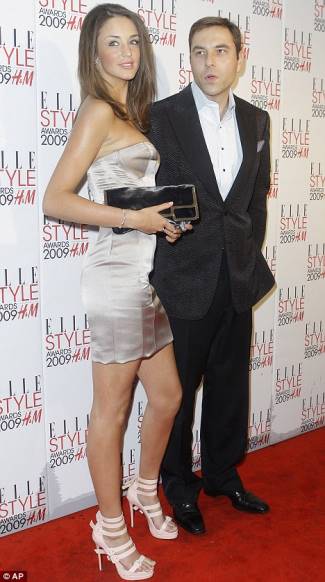 Anyways, while we’re on the subject of these two lovers, can we give them some unsolicited advice?

To Lauren: Next time you go out with David, ditch that really high-heeled shoes of yours. First of all, they’re ugly and they make your feet look like an Egyptian mummy. Secondly, they also make you look like one of them Two Towers in the Lord of the Rings. Do you really want to tower above your lover?

To David: Learn from Tom Cruise. Next time you go out with your girl, ask her to ditch them high-heeled shoes of hers because they make you look like a hobbit.

There, we said it. 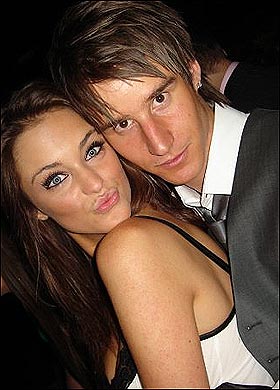 Ugh. Turns out that David Walliams girlfriend, aka the leather-leggings-wearing Lauren Budd, may be up to no good. The Sun is reporting that she’s been cheating on David with her college sweetheart named Sasha Stokeli. That’s bad for your reputation, Lauren and it isn’t “modelesque” behavior at all.

Says Sasha as quoted by the Sun: “She was my girlfriend for nearly a year and we were still seeing each other until two weeks ago. I was completely in love with her — she’s a stunning girl. But my relationship with her was and is private. You’ll have to talk to Lauren about David Walliams. As far as I know they’re just friends.”

So what do you think of Sasha’s revelations that Lauren is a bad cheating girlfriend.

David Walliams, meet your “wife” Sarah Walliams nee Bartholomew. This has to be one of the weirdest stories we’ve blogged about. The girl in the picture is David’s stalker who’s currently confined in some mental institution and who was allowed to change her name to Sarah Walliams after she “married” him in a ceremony where she was both the vicar and the bride.

Says a police source (via The Sun): “Bartholomew really believes she’s married to David. Everyone is told to call her Mrs Walliams. She held a ceremony on her ward at which she was both vicar and bride. And she toasted the ‘union’ with a soft drink. The staff are terrified of saying no to her as they could be breaching her rights. It’s madness, she’s clearly still obsessed.”

We wonder what Lauren Budd will say about this?

Says a source: “They have been friends for a while and met up a lot secretly when Paris was filming her TV show in London. They have always been very flirty and Paris loves how outrageously funny David can be on nights out. She’s won over by his sophistication. They’ve been speaking on the phone a lot and have so much in common. There’s a real chemistry between them. They natter about everything and she likes the fact he doesn’t treat her like a bimbo.”

What do you think of this match-up? Is there a future between these two?