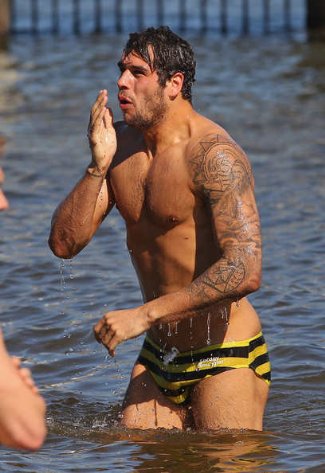 Or awesome hot according to our friend Deena. 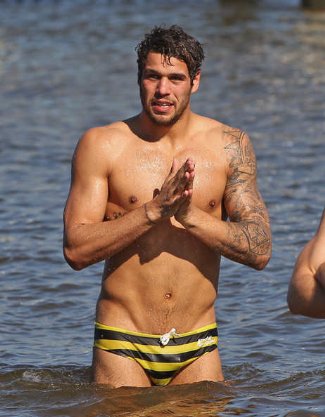 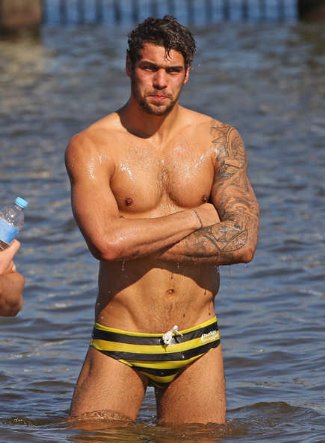 Lance and some teammates go for a swim at the Brighton beach in Australia. Want more hot Australian men? 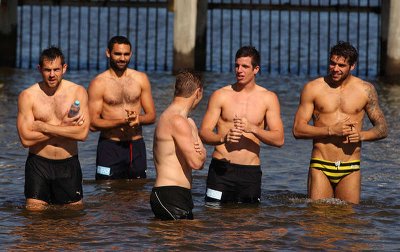 Does Lance have a girlfriend? We don’t know if he currently has a squeeze but its been reported that he broke up a year ago with a model named Kasia Zachwieja. From the Herald Sun:

A sombre Franklin admitted they called it quits just before Christmas. “We’re not together any more,” he said quietly. “We just fell apart. That’s about it, really.”

A glamour couple on the football and social circuits, Franklin and Kasia Zachweija met through mutual friends four years ago and moved in together in 2009.

Their shock split is understood to have come after increasing rows, with one argument said to have occurred at the launch of Franklin’s Chapel St venture Neverland last month.

Check out the couple when they were still together. Good looking couple. Too bad they split. 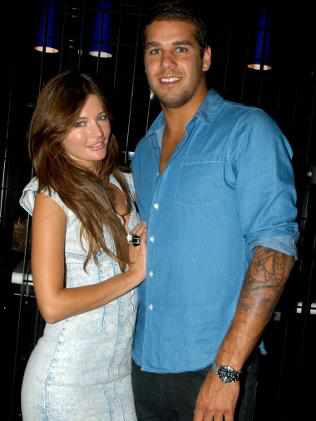 By the way, for those of you who are wondering about Lance’s ethnic background, wikipedia states that he is an aboriginal indigenous Australian and that he has a variety of tattoos dedicated to his indigenous heritage.

Good for you, Buddy!

Update: To answer the boxers or briefs question for Lance. It looks like, if we are going to base the answer in the photos below, Lance is more of a boxers kind of guy rather than a briefs dude. Although he does wear briefs-style swimsuit so maybe he is an equal-opportunity underwear guy? 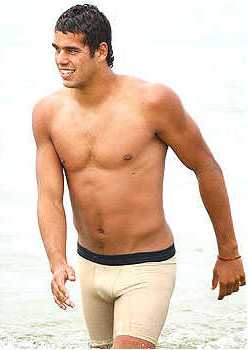 In bed with his boxer shorts. 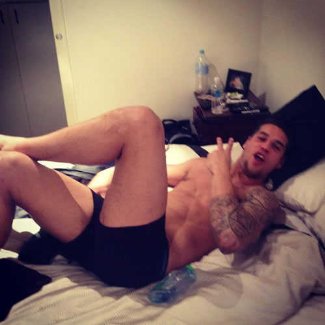