Kyle Wilker Jonathan Knight Gay Relationship: He’s My Gay Ex-Boyfriend. Oops, we got us a kiss and tell story courtesy of this Brazilian model dude Kyle Wilker who reportedly told the National Enquirer that Jonathan Knight of New Kids on the Block is his ex-boyfriend. 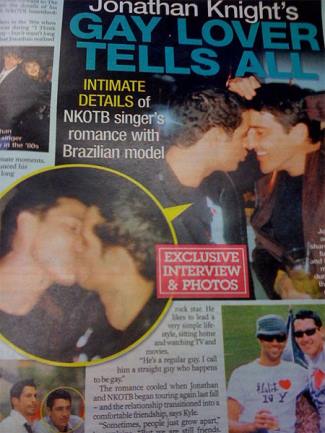 Nothing wrong with them being gay and being lovers and all but we kinda don’t like this Kyle dude for his kiss-and-telling ways. Seriously. It’s one thing to out a hypocrite like Ted Haggard who is preaching hatred against gays. It’s a totally different thing to out a semi-recluse celebrity who is keeping what he does in the bedroom private. So wassup, Kyle? What’s up with the needless blabbing?

Kyle Wilker Jonathan Knight Relationship II (posted 12 May 2011). We’re doing an update on this post about Jonathan Knight to respond to your Google queries. Here it goes:

jon knight and underwear and pictures: Nope, we don’t have underwear pics of Jonathan Knight but we have these shirtless photos which, you must admit, are also interesting. Right? Bright yellow beach shorts, what’s not to like?

jonathan knight married: No, according to his wikipedia page, Jonathan is not married.

jordan knight leather gay: Hmm, how to respond to this query? Jonathan has now admitted that he is gay following the earlier kiss-and-tell story of Kyle Wilker and by the recent revelation of singer Tiffany who had this to say about her ex: “[Jonathan Knight] became gay later. I didn’t do it. I had issues with that. I was thinking maybe I did. Now looking back when we were dating, he was so much fun. We used to do facials together. He was so easy to talk to.” Jonathan confirmed that he is gay but insists that he never hid his sexuality behind the closet. 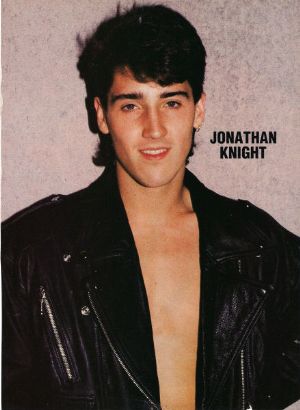 Now Jordan Knight, as some of you already know is Jonathan’s cuter younger brother. He is married with a kid so we don’t think he’s gay. Here’s Jordan looking fabulous in his leather and jeans outfit. 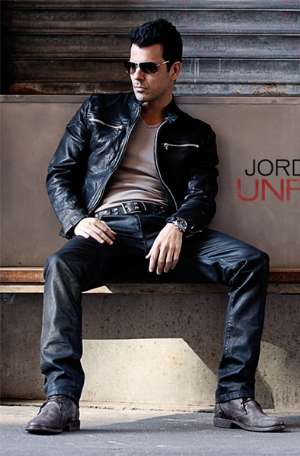 jonathan knight young photo: Okay, here’s a shirtless picture of Jonathan when he was younger. With that pose, it does look like he’s telling the truth about never living in the closet. 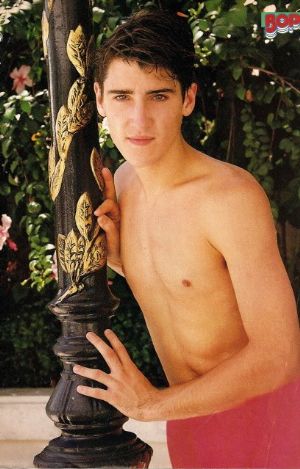 jonathan knight sexy hot hunk: Interesting keywords from one of you Famewatchers. Is Jonathan Knight a sexy hot hunk? We think he is and we’re not the only ones who think that. Bandmate Donnie Wahlberg thinks so too. Why else would he be kissing Jon if he doesn’t think he’s a hot piece, no?