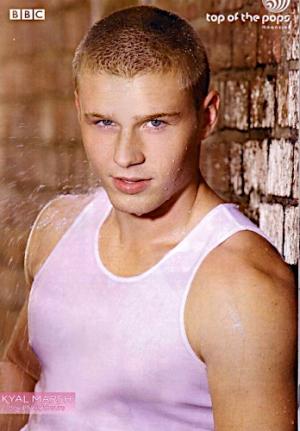 And he’s got a lot of muscles too. 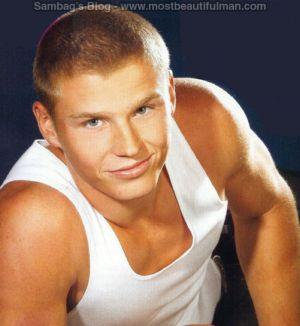 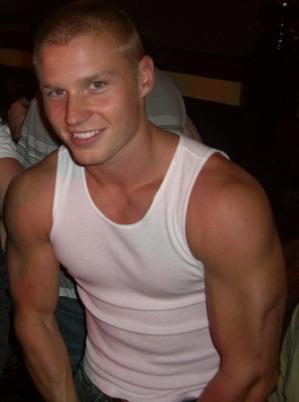 Now, check out Kyal’s shirtless photos. He sure is looking good and sexy in his short-shorts, eh? Want more men in short shorts? Check out our post on vintage mens shorts. 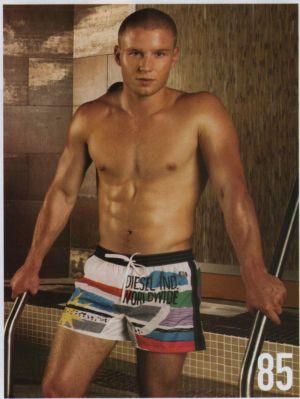 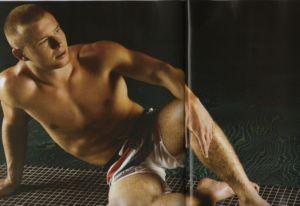 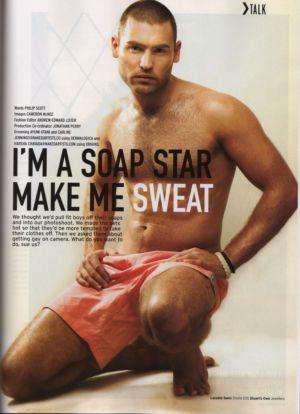 Our handsome Kyal as the cover boy of a magazine called AXM. 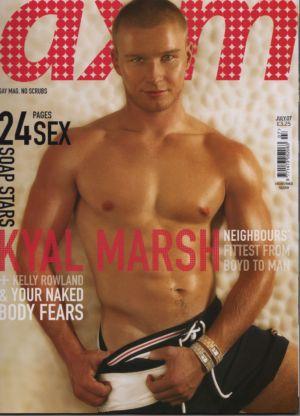 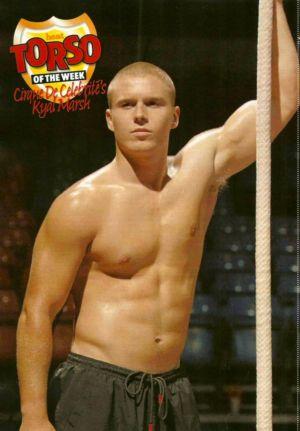 Oh, didn’t we tell you this guy is ripped. Awesome muscles. 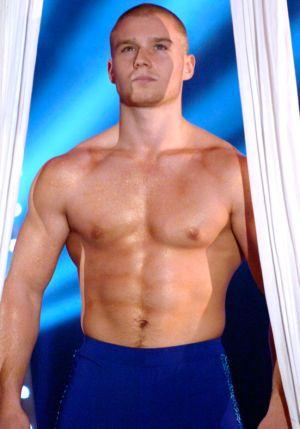 For those of you not quite familiar with Kyal, here’s his wikipedia info: “Kyal Reese Marsh (born 16 August 1987) is an Australian actor. He was born in Clare, South Australia. He moved to Melbourne with his family when he was one year old.”

He did some acting in Australia but he eventually moved to the UK.

More about Kyal from wikipedia: “That summer he moved to the United Kingdom, and in September 2007 he was announced as a cast member for the next series of the Sky One reality show Cirque de Celebrite, which is filmed on Woolwich Common in South East London. He won the series final on 9 December 2007. According to his contestant biography for the show, Kyal’s love of extreme sports fuelled his willingness to participate in the competition, including his ability in gymnastics, which he took briefly when he was younger.”

If you know what’s keeping Kyal occupied these days, share it with us in the comments. <3