Kristen Stewart Fashion Style: Leather Dress, Sexy Pants, Peekabo Underwear. You’ve seen Kristen Stewart’s underwear (okay you haven’t fully seen it but ….), now check out her all-black leather get up. Okay, she’s not really in all-black in the above pic because she’s got an awesome pair of blue shoes.

She’s in all-black in the pic below though; she’s in black leather jacket and black leather pants which must have made her pretty, pretty hot. 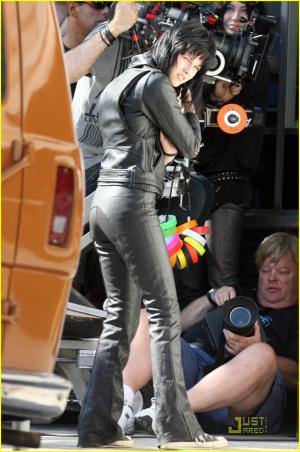 The eve-unsmiling Kristen Stewart has got herself a leather dress getup during their photocall in Madrid, Spain. Kristen and her Twilight co-stars were in Spain to promote their newest movie, New Moon. Another photo of Kristen’s leather dress after the jump.

Anyone of you have any idea on how to make this girl smile? 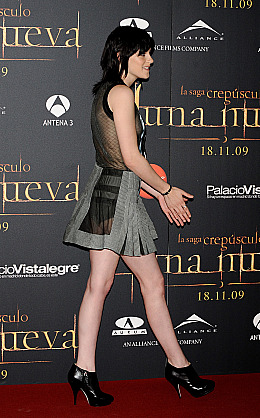 Obviously, Twilight star Kristen Stewart wants her fans to see her underwear. How else would one explain her decision to wear a see-through dress during a photo-call? Eh Kristen, not that we don’t like to see you in your undies but what about convincing your fellow stars (particularly Rob Pattinson, Taylor Lautner, and that Kellan Lutz dude) to, you know, also wear see-through clothes?

Want more female celebrity underwear? Or would you rather look at more Kristen Stewart fashion picks? 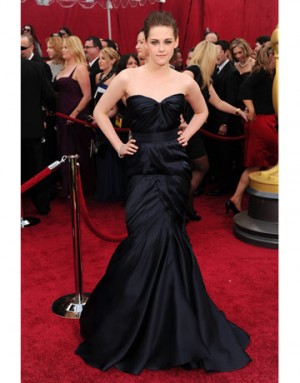 Kristen Stewart should give Monique Lhuillier a big bonus for dressing her in this fabulous black strapless gown. It sure made Kristen (more known for her jeans and T-shirt outfits) a true fashion success in this year’s Oscar Awards.

Hoodies for Girls: Kristen Stewart in Blackheart Records Hoody
19 May 2010 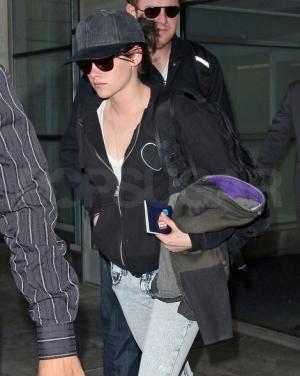 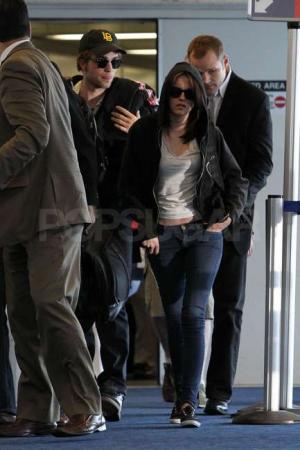