Kris Marshall Shirtless, Underwear, and DNA Test. Ahh, Kris Marshall. You’re a bad boy. Playing hanky panky with your neighbor when your girl is not around, eh?

The News of the World is reporting that Kris, behind his girlfriend’s back, has been hooking up with his neighbor who is now reportedly pregnant. Says a source: “With the pair of them spending so much time together and sleeping together, she fell in love. The affair carried on until sometime around Valentine’s Day, when she told Kris she was pregnant.”

The source adds: “At first he said he didn’t want anything to do with it and hasn’t seen her since—but he must have changed his stance as he now wants her to have the DNA test. She’s obviously devastated. She claims she’s had no other lovers and is adamant it’s his. She thought he cared for her, but now has to have a test to prove what she says is true.”

Kris Marshall Shirtless and Underwear Photos Update: No we do not know the result of the DNA test. We suspect (and that’s a capital S, okay) it turned out positive that he’s the baby daddy. If the result was negative, don’t you think his press agent will announce it to the world? Anyhoo, whatever is the result, we hope the baby will grow up to be healthy and successful.

Anyhoo, this update is for those of you Superfans of Kris who like to see him in his underwear. You know who you are, “Kris Marshall shirtless” googlers. Those superfans, incidentally, include our good friend Deena. 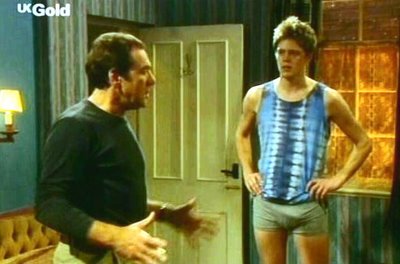 We do not know where the above photo is from but the next one below, which surely qualifies Kris to our list of “towel-wearing celebrities”, is from the TV series, My Life in Film. 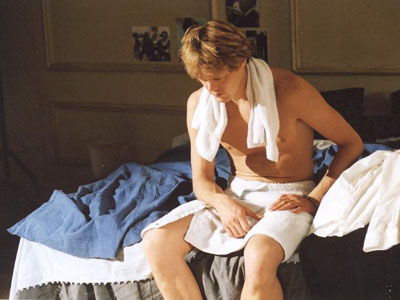 Kris Marshall Shirtless, Underwear, and DNA Test – Is He a Baby Daddy? Posted in British Hunks.