Kris Klicka Shirtless Hunk of The Amazing Race. Kris and Amanda apparently tied the knot back in 2012 and, from what we saw on their social media accounts, are now the proud parents of two children. Yay for the happy family. You might want to follow them on Facebook: @kris.klicka or @amanda.blackledge.7.

Kris and Amanda also went back to compete on the 18th season of The Amazing Race: Unfinished Business but were the first to be eliminated. Too bad but maybe the show isn’t really for them. 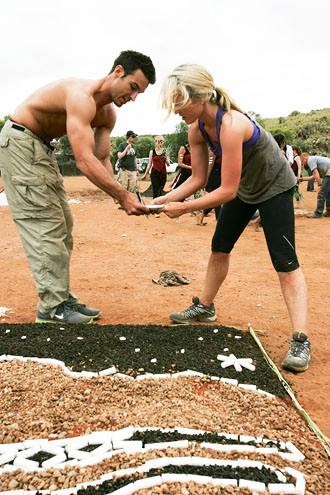 Oh well, at least TAR gave us these shirtless photos of Kris. Hehe. 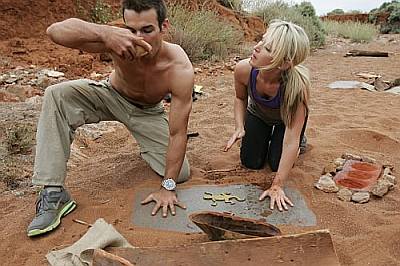 Oh, here’s a wedding photo of Kris and Amanda. Belated congratulations, you too! 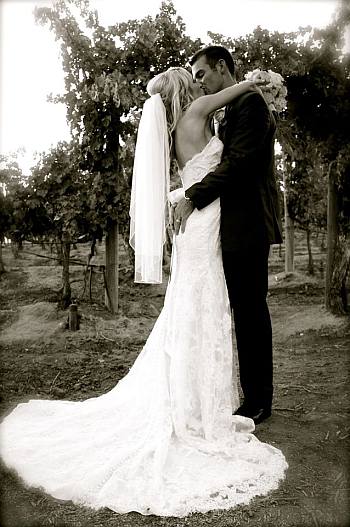 …..
Kris Klicka Shirtless Hunk of The Amazing Race (14 March 2009). This is for those of you looking for shirtless photos of The Amazing Race’s Kris Klicka. Unfortunately, this is the only one we’ve found on the nets. Hey Kris, why are you so stingy when it comes to going shirtless, eh? Hehe.

Anyways we’re sure you, like us here at Famewatcher, were bummed when Kris and Amanda were eliminated in The Amazing Race. Can’t remember now who “U-turned” them but we say, “pox on the houses of whoever did it”.

Does Kris have the world’s best washboard abs in the world? Nah, not the best in the world, that title belongs to our friend Kevin. But its possible that Kris has the best six pack muscles we’ve ever seen in all of reality television.

What about you? Who do you think can beat Kris in terms of having the best washboard abs on reality-TV? Want more television hunks? 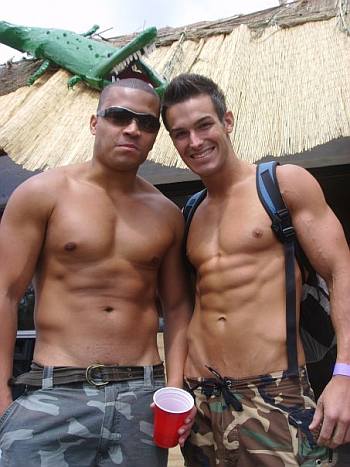 …..
Amazing Race 14: Amanda Blackledge and Kris Klicka (05 February 2009). Nice looking couple from San Diego. Will they make a good run in The Amazing Race. We hope they do. We also hope they star in a toothpaste commercial. 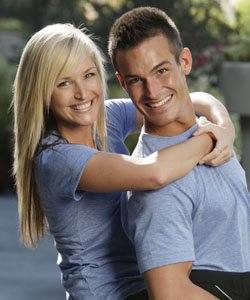 Here’s what CBS is saying about this couple:

Amanda is a communications student at Cal State San Marcos, but is working at a tanning salon until she graduates. She describes herself as outgoing, talkative and generous. When asked what her biggest pet peeve about her teammate is Amanda says that Kris occasionally doesn’t seem interested when she is talking to him.

Kris, who was once almost attacked by a bear in Alaska, enjoys hunting, fishing and snow boarding. He currently works as a sales representative for a communications company. He has not had the opportunity to travel much outside of the United States and looks forward to the Race as a chance to explore other cultures and compete against the game’s best. He hopes the other Teams are as hungry to win as he is.

Interesting how CBS deems it important to mention the fact that Kris was almost attacked by a bear.