Kris Aquino A-List Celebrity Rating. So hello again. We will continue our evaluation of Pinoy celebrities and this time we will look at Kris Aquino. If Ruffa Gutierrez is a good example of a C-List celebrity, Kris is a good example of someone who belongs to the A-List. Really? Meron ba siyang K na maging A-Lister?

Well, as we have done in the case of Ruffa, we will evaluate Kris by looking at the following: fan base, body of work, talent, achievements, current projects, and media buzz. 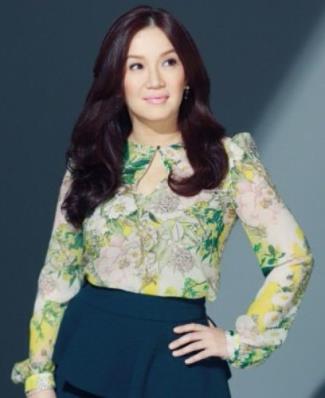 Fan Base: Kris is the kind of celebrity that people either love or hate. Fortunately for her, I think there’s a much bigger number of Kris lovers than there are Kris haters. Also, Kris’ fans appear to be quite supportive of her. You need proof? Her album turned platinum despite the fact that she can’t even sing.

Body of Work: Her early movies are forgettable, laughable, and even stupid but no one can deny that said movies were box office hits. Remember her comedy movies and her collaboration with Carlo J. Caparas? Those were horrendous movies that have no chance of landing in any “Best Movies” list but they made money for Kris and the producers.

To be fair, Kris’ recent movie outings have been respectable and they were also certifiable hits.

Talent: Average acting talent but she has the potential to improve if given the right project and if challenged by the right director. Haven’t seen her singing and dancing and maybe this is because she knows this are not her forte.

Kris’ talent is in television hosting. She really bloomed in this area and is one of the best hosts in the industry. Like Ruffa, she also tends to focus on herself but she knows how to engage her guests and she asks the right questions. She is also knowledgeable about a lot of things so she does know what she is talking about.

Achievements: Best supporting actress awards for that Mano Po movie. Numerous awards as a television host. Numerous movie hits. Her TV programs rate well. And that platinum album which is, as mentioned above, quite an achievement for a non-singer.

Current Projects: Too many to mention. But Kris is one very busy woman. Maybe she should give up some of those projects to focus on her children.

OVERALL K (Karapatan) METER
Rock or suck: Kris rocks. We give her a rockage rating of 8 (the highest is 10).

Hot or not: She is one hot mama whose demographic fan base knows no bounds: young, old, men, women, gays. She also never run out of projects and most of her projects have done really well.

Star Ranking: As we said above, Kris is a good example of a Filipino A-List celebrity. She has a supportive fan base, money making projects, a positive image as a credible person, and awards to boot. She definitely is an A-Lister so give her a Kris Aquino A-List award.

Now, it’s your turn to rate Kris by sharing your thoughts with us. In a scale of one to ten (ten being the highest), how would you rate Kris as a celebrity? Sige na, what do you think!

Kris Aquino A-List update: February 2017. Seems like her star is dimming, no? We wonder if she will manage a comeback. What do you think?