Kiowa Gordon Fashion Style (9 January 2010): This post is for those of you who are famewatching Kiowa Gordon’s fashion style. How’s his look in this one: skinny jeans, blue vest, and funky eyewear? Pretty nice, no. Check out his shirtless, “rising from the water” photo after the jump. 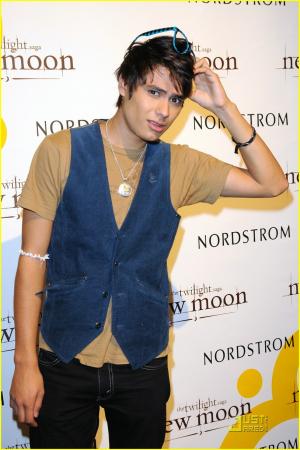 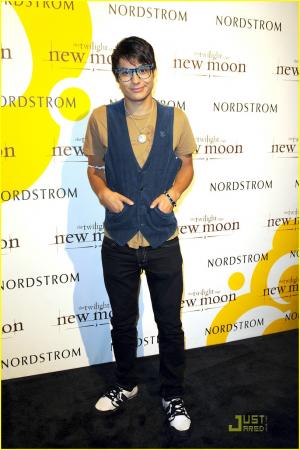 Kiowa Gordon Fashion: Men’s Coat and Dress Shirt (09 October 2009): In an earlier blog post we admitted that, although we find the Wolf Pack to be the most interesting thing in Twilight, we can’t claim to be knowledgeable about the identities of its members. Just so we won’t remain ignorant forever, we decided to look them up. 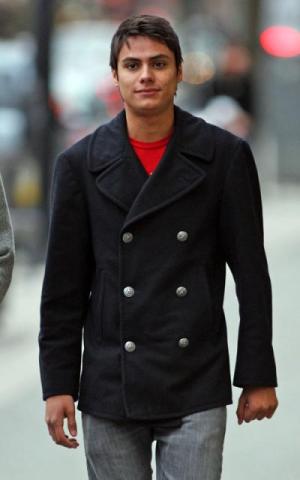 Famewatchers, meet Kiowa Gordon. His coat above, which we love, reminds us of the classic movies from the 50s. Meanwhile his very kissable lips below remind us of Angelina Jolie. Hehehe. 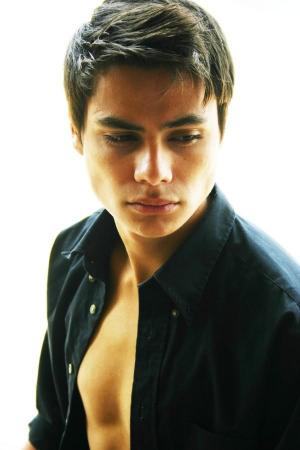 According to his IMDB profile, Kiowa is 5′ 11″ (1.80 m) tall and is a Native American/First Nation Descendant from the Hualapai Nation.

Aside from Twilight, his movie credits include an upcoming movie, Into the Darkness, which will start shooting in May 2010. It is rumored that he will also star in another upcoming movie titled Murder For Dummys.