Kim Basinger Plastic Surgery: Before and After Photos. Oscar Award winner Kim Basinger must have had plastic surgeries, no? She’s obviously a friend of the botox. There is absolutely no way she’d look practically the same in 2008 as she did in the 1980s. It also looks like she had a nose job done cause her nose is, how shall we say it, “less wide” now than in the past.

Whatever plastic surgery she had undergone actually works well for Kim, no? She’s looking good and the result is not unnatural. 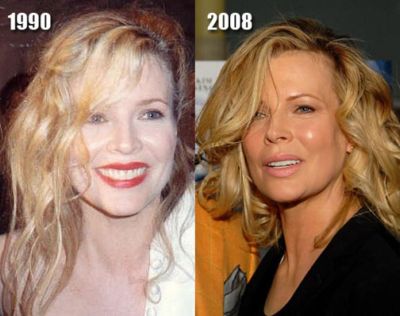 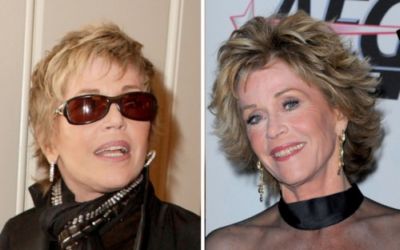 What’s the difference between two-time Oscar winner Jane Fonda and some other celebrities? She is honest enough to admit that she had plastic surgery to maintain her good looks unlike the others who kept denying that they went under the knife.

The controversial actress (remember Hanoi Jane?) is reportedly writing a book about aging. She is also set to release two new workout DVD’s this November, after her successful workout videos in the 80’s. 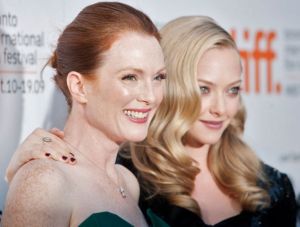 Julianne Moore, one of the most beautiful women of Hollywood, does not like plastic surgery. Good for her. Here’s what she told Allure Magazine on the subject of cosmetic surgeries:

I don’t believe it makes people look better. I think it just makes them look like they had something done to their face, and I don’t think we find that instinctually appealing.

We kinda agree with what she’s saying. There’s just something unnatural-looking about people who undergo unnecessary plastic surgeries. Despite not having undergone any of them cosmetic enhancements Julianne Moore, at 49 years old, is rocking it, no? 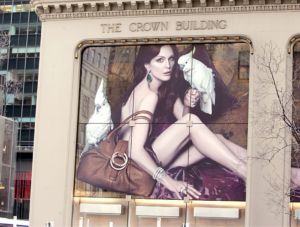