Ki Hong Lee Actor. Let’s continue blogging about Hollywood up-and-coming stars and, this time, let’s talk about Korean-American actor Ki Hong Lee. Lee is starring as Minho in sci-fi thriller, The Maze Runner, which will be airing next weekend. This is the biggest break for Lee, who started his acting career in 2010, and is a pretty big break for Asian actors who don’t often get to play significant roles in Hollywood movies or TV shows. 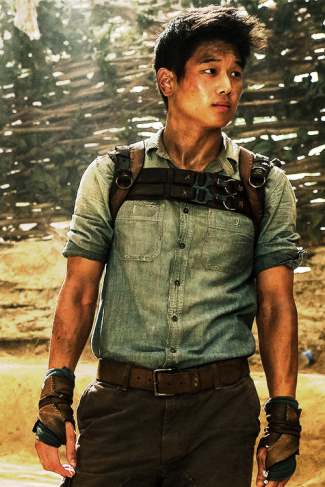 To date, Lee has 22 acting credits to his name. More about him from his Buddy TV profile: “Actor Ki Hong Lee is a newcomer in the entertainment industry, beginning his career with small roles in a number of shows. He started out playing Clayton on the TV series Victorious in 2010, before moving on to a brief appearance in The Secret Life of the American Teenager. He then got the part of a busboy in the hit ABC comedy Modern Family before working on the short film All in All. In 2011, he was cast as Paul in the ABC Family series The Nine Lives of Chloe King, a supernatural drama in which the title character develops heightened abilities.” 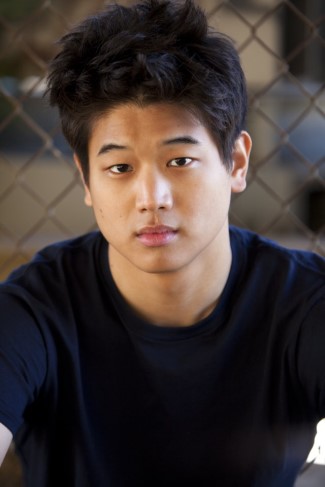 Want more Asian actors in Hollywood? Check out our post on Rick and Karl Yune.

Ki Hong Lee Interview. Wondering whether to call our actor Ki Hong or Lee? In this playful (and kinda silly) Youtube interview, he informs us that his first name is Ki Hong while his family name is Lee. Watch:

For a more serious interview, check out this interview he did with Angry Asian Man:

Who are you?
Hi, my name is Ki Hong Lee

What are you?
I’m a Korean American. Sometimes I’m a waiter, manager, host, cook, and slave at my parents’ restaurant. I am also an actor.

Where are you?
I’m at my family restaurant in Little Tokyo (Tofu Village). Don’t worry I’m not slacking, it’s just slow right now since it’s kind of a hot day. Who wants to eat SoonTofu on a hot day?

Where are you from?
I was originally born in Seoul, South Korea. Then when I was about 6 years old my parents moved the family to Auckland, New Zealand. Sadly, I did not pick up a sexy accent, but I did learn to spell “mom”, “mum”. The spelling I learned in New Zealand didn’t sit well with my teachers when I moved to Los Angeles when I was about 8. So, I’ve grown up in Southern California for most of my life except when I went up north for college at UC Berkeley. Go Bears!

What do you do?
When I’m not selling tofu stew, I act. Currently, I’m acting in a play called WRINKLES. It’s being performed at East West Players. Although it’s on a racy, sexy topic, it’s a fun, family-friendly show. It also features some veteran actors such as Sab Shimono, Amy Hill, and Elizabeth Ho. It’s been a blast to work with such a talented cast and an honor to work with such a creative writer, Paul Kikuchi, and a brilliant director, Jeff Liu. You can also check me out in a new show called NINE LIVES OF CHLOE KING coming soon to ABC Family.

What are you all about?
I’m all about following one’s dreams. It took me a while to realize I wanted to pursue acting, but I’m extremely glad that I gave it a chance. It’s not easy — you need an incredible support system which includes not only family and friends but also perseverance, hard work, determination, and a whole lotta luck. Also, living with your parents to save money doesn’t hurt. I actually heard a lot of cool people do it now.

I’m also about fighting against injustice. At school, I was part of a college chapter of LiNK (Liberty in North Korea), and I also interned at the LiNK headquarters for a while. They do some really awesome work to spread awareness for North Korean Human Rights. A buddy of mine is on a cross country tour with the Nomads. They go around holding documentary screenings about the current human rights crisis. Go check it out, better yet, get involved. There’s so much we need to do to make this world a better place.