Kevin Volland Shirtless and Underwear Photos: Zac Efron Twin Lookalike. Shirtless footballer Kevin Volland, with a Skins underwear peeking from his short pants, reminds us so much of Zac Efron during his low-hang jeans days. Was that only two years ago?

For those of you who are still discovering him Kevin is a twenty-year old German football player who currently plays for the TSG 1899 Hoffenheim. Though he only started playing at the professional level two years ago, the striker has a lot of following. With his movie star good looks, we’re not surprised. Want more German hunks? 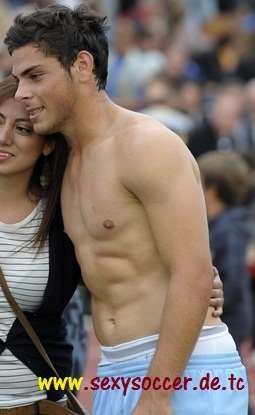 Did we say he looks like Zac Efron? We’d like to think that they are long lost twins who were separated when they were born, they lived separate but very successful lives – Zac as an A-List Hollywood leading man and Kevin as a footballer who led Germany to a World Cup title. Despite their success, both felt something missing in their lives — like half of their body.

Then one day, while Zac was visiting a friend in London, he saw a guy across the street who looks very much like him. They got to know each other and found out that they were born in the same Austrian hospital. With the magic of genetic testing, they found out that they are twins.

So they decided to live as a family but then they fell in love with the same girl who turned out to be their long lost …. eh, let’s not go there. Sounds like the silly plot of those soap operas, no?

Anyhoo, here are more pictures of Kevin in his football uniform and the Skins Underwear that is determined to get out of his pants. 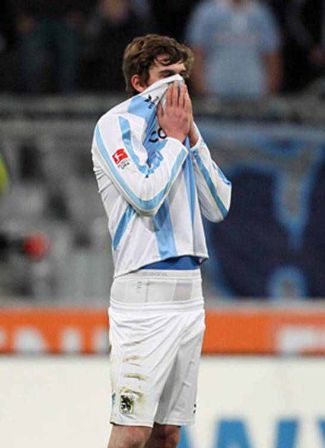 Free your underwear, Kev. Go ahead and drop your footie shorts, your briefs is begging to be breath fresh air. 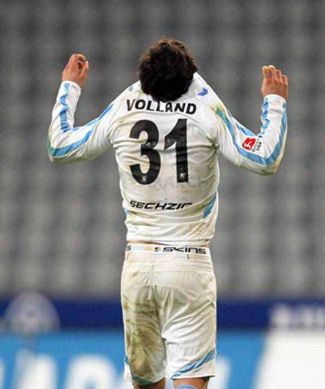 Kevin Volland Shirtless Update (2017). We are updating this post to bring you another Kevin Volland shirtless photo. Five years since we blogged about him, we remain convinced that he is Zac Efron’s long lost twin. They really look alike, don’t they? 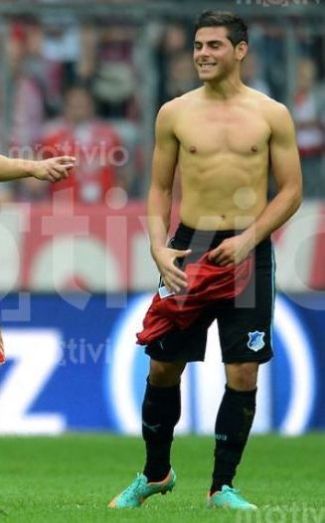