Kevin Spacey Hair Transplant: Before and After Photos. Did Academy Award-winning actor Kevin Spacey undergo a hair transplant? To answer that question, we have to look at his most recent photo which was taken at the Australian Open semifinals where he watched Britain’s Andy Murray beat Swiss great Roger Federer. Check it out: 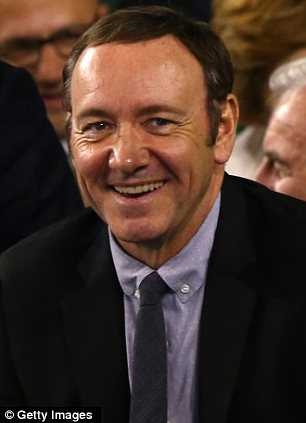 Then we have to look at a photo of Kevin from a few months back, say, in September 2012. Here you go: 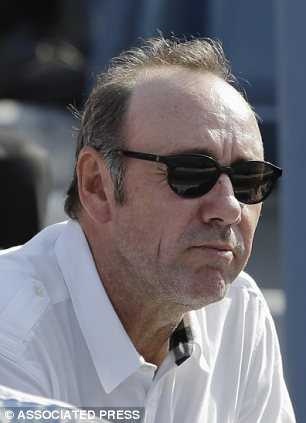 Kevin Spacey Hair Transplant Photos. We present. You decide. There is no doubt that he’s got more hair now and we say, “Good for him”, because he’s much better looking. It made him look younger too. 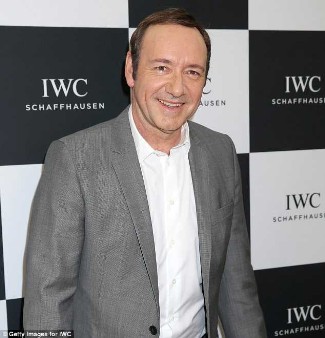 So what do hair experts say about Kevin’s new look. Did he have a hair transplant? Maybe he grew back some hair with the use of Hair Loss Urine Therapy? Or maybe he’s just wearing a toupee?

Here is what hair experts are saying as quoted by the Daily Mail:

Dr Bessam Farjo of The Farjo Medical Centre: It looks like a hairpiece. Typically hairpieces don’t show the hairline. The timescale between the photos suggest it would be a hairpiece. He’s been known to wear them in the past for film roles, but this time he’s wearing it in public. The thickness of the hair makes me very suspicious that it’s a hairpiece.

Surgeon Asim Shahmalak, hair loss expert on Channel 4’s Embarrassing Bodies: The contrast in the two sets of pictures is quite striking. The most likely explanation is that Kevin Spacey is wearing a beautifully made hairpiece. It is very well done and he looks fantastic. I think it is unlikely Spacey has had a hair transplant. It would have taken far longer for any transplanted hair to grow back so fully.

So there you have it, our Kevin is wearing a hair piece and didn’t have a hair transplant.

And what are internetizens saying about Kevin’s new hair look? They’re mostly applauding it (include us Famewatchers among those who love his new look) and are defending him against douchebags who are criticizing the actor for changing his look.

Our favorite internetizen comment: “He looks great, we all wear clothes on our body to make ourselves look nice, so whats wrong with wearing ‘clothes’ on our head in the form of a hairpiece. If it makes him feel more confident whats wrong with that?”

And also this one: “It looks natural and he looks great! Wish more men would do the same. I certainly hope that my future husband (whoever he may be) does the same if he gets bald.”

Kevin Spacey Hair Transplant: Before and After Photos. Posted 23 January 2013.