Kevin Kiermaier Shirtless Photos. Time for Shirtless Baseball Hunk of the Day 2 and, this time, let’s check out these Kevin Kiermaier shirtless pics which were reportedly grabbed from his Tinder account. Ain’t he effin’ sexy? 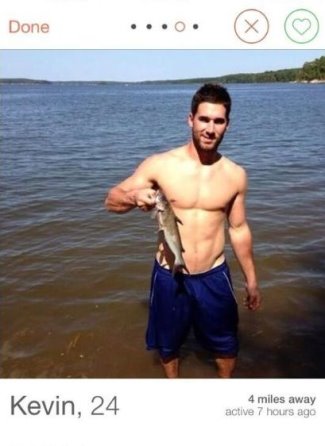 Darn, how we so wish we are that fish! Hehehe. Here’s another Kevin Kiermaier shirtless photo (also from his Tinder profile). 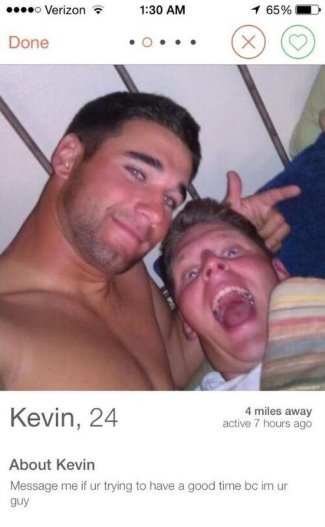 We’re guessing it is safe to assume that the Tampa Rays baseball player has deactivated his Tinder profile because he has already found a girlfriend. Who is the lucky Kevin Kiermaier girlfriend, you ask? Her name is Marisa Marie (or @marisamoralobo on Twitter). And here are the photos the lovebirds shared on their social media accounts. 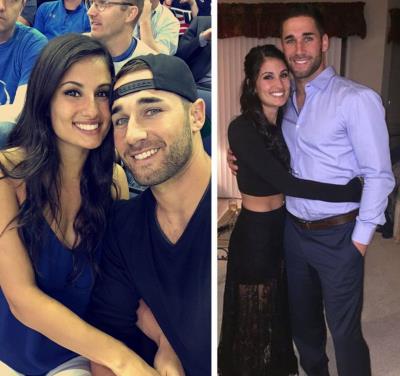 Understandably, some ladies (and we’re pretty sure some gay dudes too) were disappointed when Kevin revealed that he is dating and is no longer available for the taking. Awww! We feel for them but are happy for Marisa and Kevin! 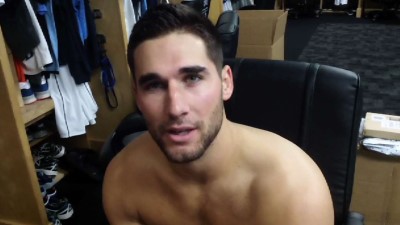 He’s got some lovely expressive eyes, no? 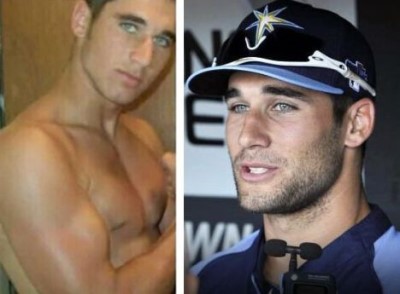 Let’s end this post with what some peeps are saying about our award-winning ballplayer (in 2015, he received the Gold Glove Award, the Platinum Glove Award, and the Fielding Bible Award):

Evan Longoria on Kevin Kiermaier: “He’s just really a joy to be around because he really comes to the ballpark to do one thing — play the game hard and the right way. Not that it’s a rarity these days, but it’s refreshing to see a guy who doesn’t really care a bit about the outside stuff, who just comes in and wants to make friends and be part of the team and contribute to the team.”

Andrew Friedman (Tampa Rays Executive Vice President of baseball operations): “In our opinion, Kevin Kiermaier might be the best defensive outfielder in our organization, at any level. He is fearless, gets tremendous jumps, runs well and has a great arm.”

Former outfielder Rocco Baldelli: “He’s shown he’s capable of playing all three outfield spots if needed. When he’s in the middle of the field, he truly does change the game the way that he plays it. He’s got tremendous instincts. He gets tremendous jumps on the ball. He closes on the ball, no matter what direction he’s headed. He closes on the ball about as well as anyone could close on balls. He makes up ground when a lot of other players become a little hesitant. He actually takes off, and visually he appears as if he’s covering more ground at the end of the play than you’re used to seeing. He’s got an above-average arm, an above-average release. He plays aggressively. You would want all young players to watch the way he plays.”

Kevin Kiermaier on Kevin Kiermaier: “I’m a sweetheart; I’m not a tough guy or anything like that. I just really enjoy seeing people happy. I’m going to treat people the way I like to be treated, and I’m just going to pay it forward.”