Kevin Hart Underwear Update. Did you know that he is an investor of Tommy John Underwear? Apparently, he loved it so much that he decided to invest in the company. 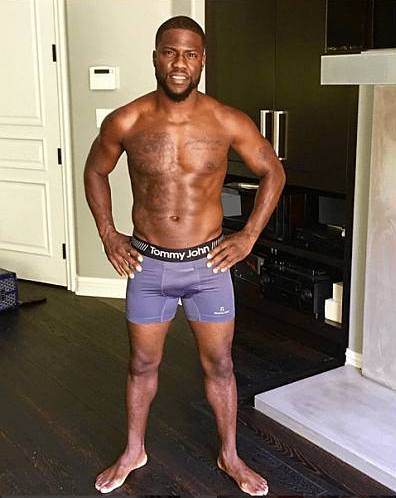 Is he or is he not wearing Tommy John in the next photo below? Kind of hard to see, no? 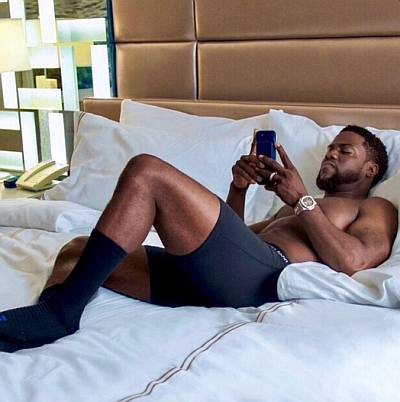 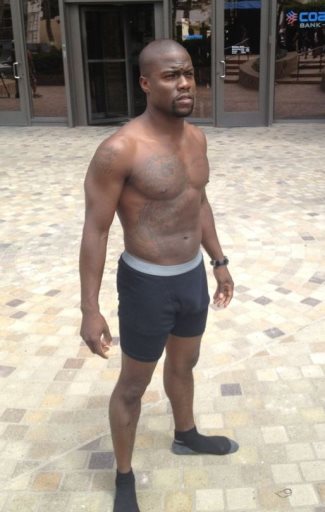 Now, Kevin may be small heightwise (at 5’4″ although some lists his height at 5’2″) but there’s nothing small about this guy who has consistently delivered hit movies these past two years which is a time when supposedly big stars like Tom Cruise are flopping at the box office.

Our Mr. Hart is a golden boy at the moment so it’s no surprise if celebrity watchers now wondering about his net worth. Various sources cite different figures on how rich our Kevin is so let’s check them out:

celebritynetworth.com: Kevin Hart net worth and salary: Kevin Hart is an American comedian, producer, spokesman and actor who has a net worth of $15 million (as of December 2013).

networth2013.com: We are only 1 month in to 2014 and comedian Kevin Hart is already estimated to be one of the highest earning celebrities of the year. His film Ride Along with Tika Sumpter and Ice Cube grossed record breaking numbers at the Box Office. Hart has three more projects in the works with a combined salary of $25 million making him one of the highest paid actors in Hollywood.
…
He launched his movie career in Scary Movie 3 and in 2012 starred in the number 1 film Think Like A Man. He was paid only $500 thousand but because of the success Screen Gems Pictures have cut him a check for $10 million. Think Like A Man 2 is in post production scheduled for release in 2014. His net worth today is $50 million (as of June 24, 2014).

therichest.com: According to this website, Kevin’s net worth is US$35 Million. It notes that, in 2013, Kevin made $15 million as performance fee from his comedy tour Laugh at My Pain. In 2012, he earned a bonus amounting to $10 million from the success of Think Like a Man.

Different sources quote different amounts, no? Whatever the real figure, there is no doubt that our Kevin is a very rich guy. Ain’t this the picture of a man who got it made? 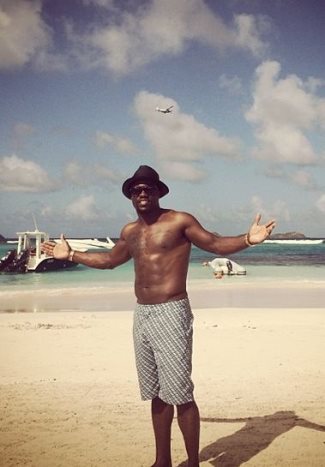 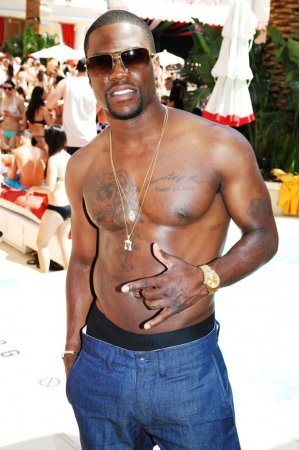 For those of you who are wondering if Kevin is gay, he’s not but he crossdresses sometimes. Hahaha. 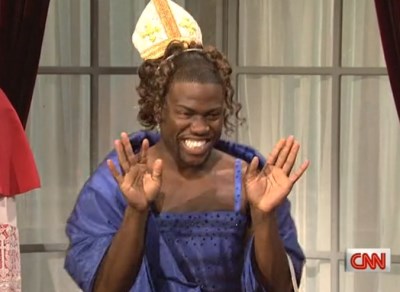