Kevin Clifton in Briefs-Style Speedo. Look who’s rocking a pair of Speedo swimsuit? It’s our favorite British professional dancer who shared the photos below on Instagram (follow him @keviclifton)! Apparently, the Strictly champ is one of the celebrity participants of a new ITV reality show called The Games which will be airing later this year. 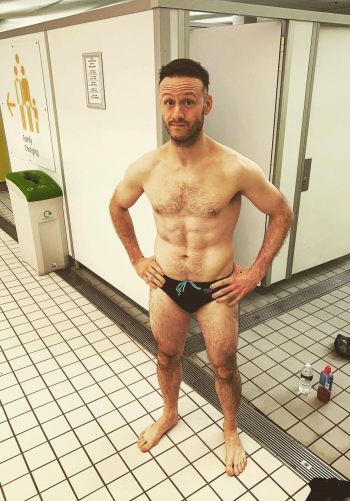 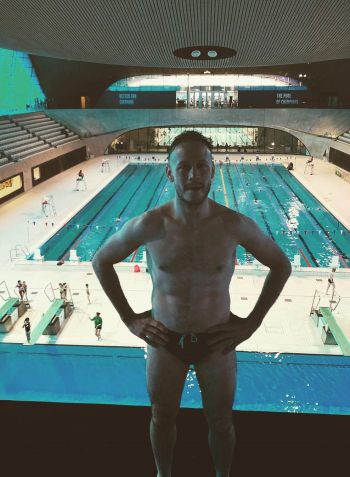 More about the upcoming show from tellymix.co.uk: “The celebrities will step out of their comfort zones to be coached, trained and then compete, hoping to be crowned top of the medals table this Spring. They will battle it out in the athletics arena, the swimming pool, gymnasium and velodrome. Each will put their sporting prowess to the test in events from the 100-meter sprint to diving, racking up points on the medals table.”

Sounds intriguing, no? We are soo looking forward to the other famous guys who will be competing in their Speedos! Yay!

…..
Kevin Clifton Shirtless Strictly Dancer: Gay or Girlfriend? (15 August 2020). Four years later, we are updating this post to note that Kevin and Karen have parted ways in 2018. The dance pro is now reportedly dating TV presenter Stacey Dooley who was his celebrity partner and co-winner of the 16th season of Strictly Come Dancing. Of course, this update provides us an excuse to add more shirtless photos of our dancing hunk. 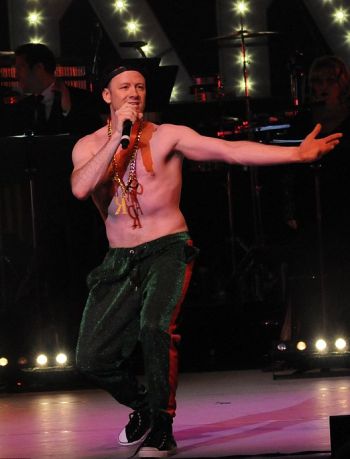 …..
Kevin Clifton Shirtless Photos and Other Stuff (26 September 2016). Kevin Clifton may look like a geeky assistant professor with his glasses and all but do not underestimate his dance skills. During the 3 seasons he’s been on Strictly Come Dancing, he’s gone all the way to the finale. Sure, he still has to win the mirrorball trophy but his three runner-up placements is nothing to scoff at. Right?

Anyhoo, here are some Kevin Clifton shirtless photos for the Famewatchers among us who are fans of shirtless dancers. What’s he doing in the pic below? Our guess is he’s playing air guitar! Do you think we are correct? 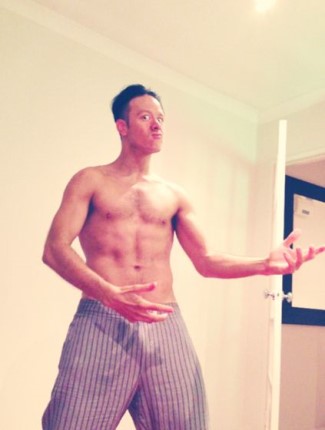 A shirtless Kevin flexes his muscles while Season 11 dance partner Frankie Bridge grimaces behind him. 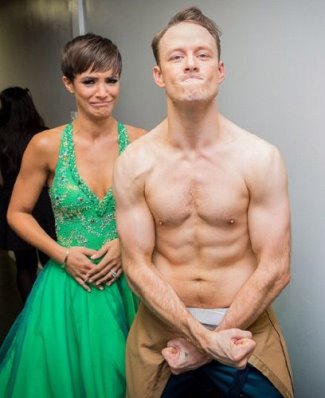 More about Kevin from his BBC profile: “Kevin was born in Grimsby and trained in Ballroom and Latin from an early age. Conveniently for him, his parents are former World Champions, and were kind enough to pass down their knowledge. After making his musical theatre debut in 2010 dancing in Dirty Dancing in London’s West End, Kevin has been a principal dancer of the Burn The Floor Dance Company for several years. Former Youth World Number One and four time British Latin Champion, Kevin won International Open titles in Italy, Germany, Spain, Portugal, Sweden, Japan, France, Hong Kong, Taiwan, Singapore, Slovenia, Slovakia, Finland and Belgium… pretty much everywhere then!”

During the current season of the BBC dance show, Kevin is paired with singer Louise Redknapp. 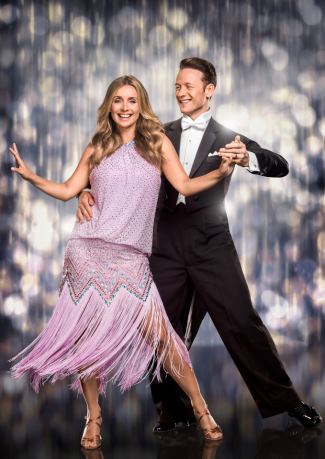 Is Kevin Clifton Gay or Straight? He may do gayish things such as posing in an “abs-off” with rugby star Ben Cohen but Kevin is as straight as an arrow. 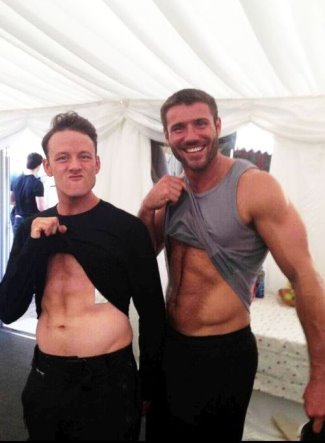 And Kevin is very much married to another Strictly professional dancer, Karen Hauer Clifton. The two tied the knot last year and we got the Hello Magazine cover photo from their wedding ceremony. 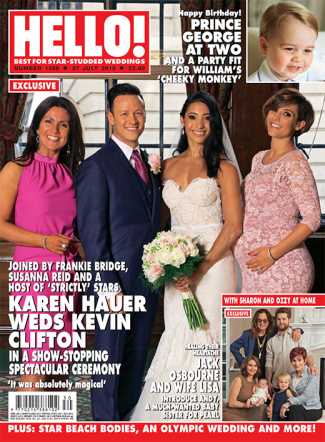 Update: Check out this video of Kevin and Louise’s first dance performance. The judges awarded them with 31 points which puts them in a tie for second place.

What do you think of this performance? Are you as impressed as the judges? We liked it very much too.