Fans of Kellan Lutz, behold the awesomeness of your Idol. For a young guy, he sure has all the right muscles in all the right places. Thank heavens he apparently loves to rip his shirt off. If you haven’t seen it already, you should check out his video workout tips. 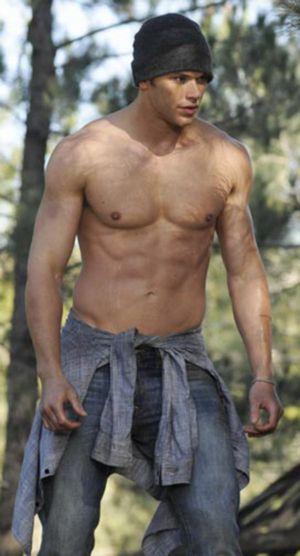 More photos of Kellan in jeans below. 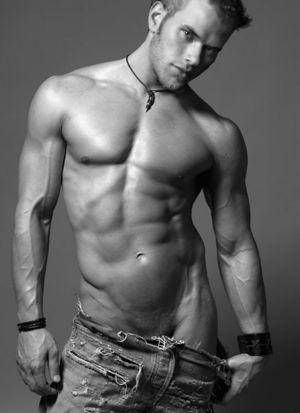 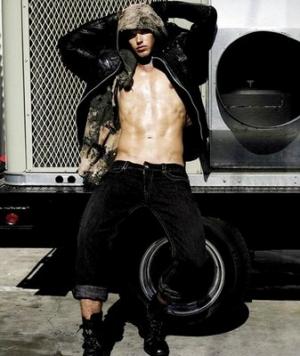 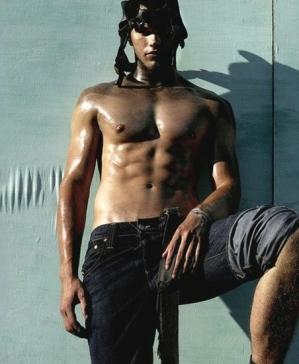 Want more American hunks? Or would you rather check out these men in jeans? 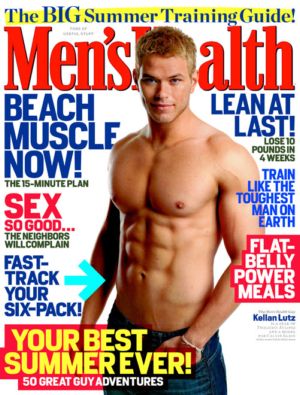 What brand of jeans does Twilight hunk Kellan Lutz wear? He wears Calvin Klein jeans. Or more specifically, he’s wearing Calvin Klein jeans in this cover shoot. If you look at the lower right, it says “Jeans by Calvin Klein” which, not surprisingly, earned criticism for Men’s Health magazine for its sneaky attempt at advertising without labeling it as advertising or something like that.

But anyhoo, we’re more interested in this guy’s awesome washboard abs and his musculature. He’s a one fine piece of meat, we tell you. All them Kellan workouts is really paying off, huh?