Keith Urban Shirtless Country Hunk and Guitar Master. Who is the hottest male country singer? We thought the honor goes to either dancing country hunk Chuck Wicks or Brad Paisley but both are uber-shy about going shirtless so we are giving the title to Aussie country crooner Keith Urban, who posed au natural for a magazine a few years back. 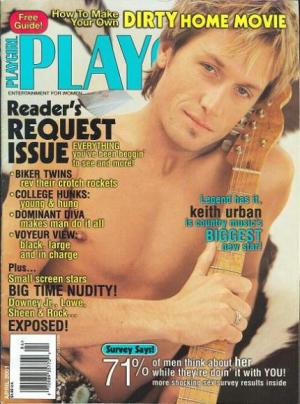 Keith later revealed in later interviews that he regrets posing for these photos. Which, of course, is a lot of bull because we’re pretty sure these photos increased his fan-demographic as well as his album sales. 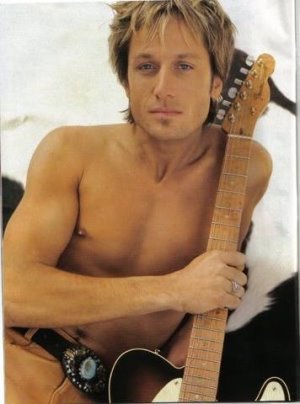 Want more of Keith Urban? Or would you rather ogle at Australian hunks?

Update: Keith Urban Speedo Underwear Photos. What kind of underwear does our Keith prefer to wear Boxers or briefs? He has not revealed his preference in interviews but if his briefs style Speedo photo below is any indication, we guess he is more of a briefs dude rather than a boxers kind of guy. Right?

What do you think of this fabulous photo of our Aussie country singer in his Speedo. Yay for Keith Speedo fans! Yay too for Keith Urban shirtless fans!

Keith Urban Gay or Straight? He is, of course, straight. And he is very much married too to fellow Aussie superstar Nicole Kidman. Here’s a photo of the lovely couple at a red carpet event. He is, for those of you wondering, wearing a Prada Black tuxedo suit. 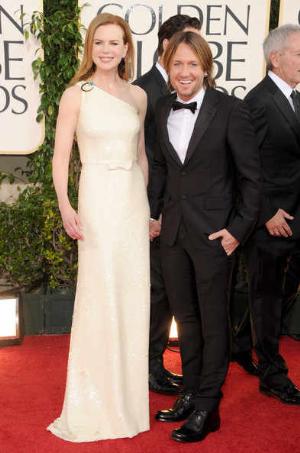 Hmm. He looks shorter than Nicole but that’s maybe because the actress is wearing a four inch heel or something.

Want to see Keith Urban in his element? Check out this live performance of our Aussie hunk singing his new song ‘Til Summer Comes Around from his upcoming album, Defying Gravity. Keith sure has got a lot of groupies :-)