Keith Carson Shirtless, Wife Paula, WCSH Meteorologist. A little over two years ago, WCSH meteorologist Keith Carson made the news — and earned two enthusiastic thumbs up from us — when he mocked the foolishness of flat earthers. 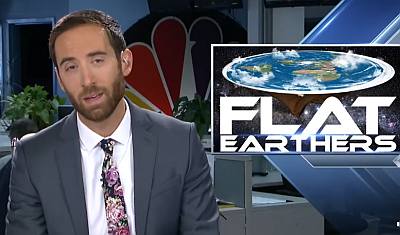 His takedown of the flat earth movement was very effective and he made his points across with the use of scientific facts, humor, and images of hunky male models with his head photoshopped on them. 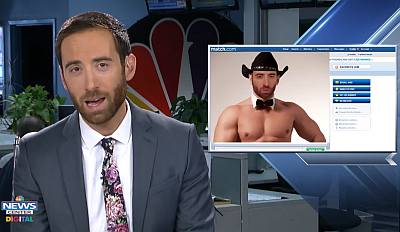 It turns out though that the Boston weatherman is a hunk himself who can easily give them male models a run for their money. How do we know this? Well, we know it from the photos he shared with his followers on Instagram (follow him @keithcarsonweather). Check out his sculpted washboard abs below: 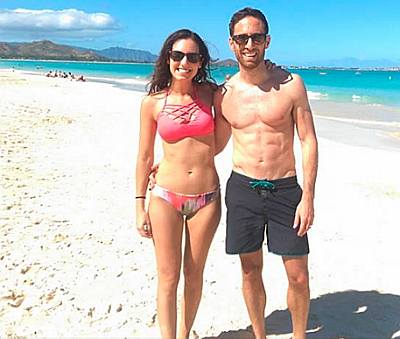 Who knew he is hiding a six pack underneath his suit, no? By the way, for those of you wondering, the lady beside her is his wife Paula. Here’s another photo of our shirtless meteorologist with a kid who, we are assuming, is his son Luca. 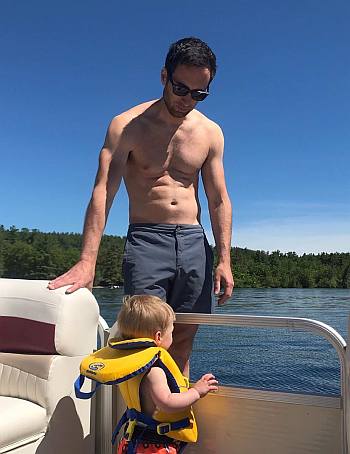 Who says you can’t go shirtless while walking about with a backpack? Certainly not our Keith. Want more Hot Media Men? 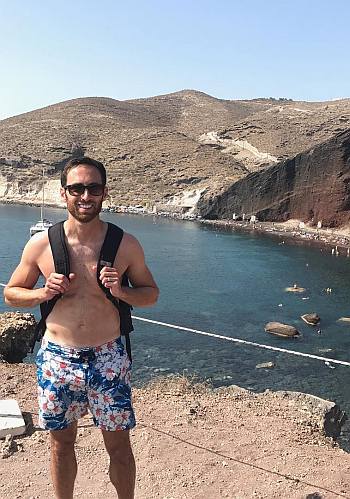 Keith used to work with the Weather Channel but decided to go back to New England for a change in lifestyle and because it gives him a chance to raise a family. Here’s what he told islandinstitute.org about this career move during an interview back in 2016:

My wife and I are at the stage where I think we’ll probably have a child at some point [soon], but [leaving the Weather Channel] was more a lifestyle thing. I said this is a great experience and they definitely have some resources that local markets—even big ones—can’t compete with, such as wardrobe allowances and all that stuff. But at the end of the day, I know that I can get a call at 10:30 and be on a plane at 1. It wasn’t a fun lifestyle for us. That’s what it came down to. We just said “Am I going to do this for 10 years? I don’t think so.”

Keith and Paula on their wedding day. 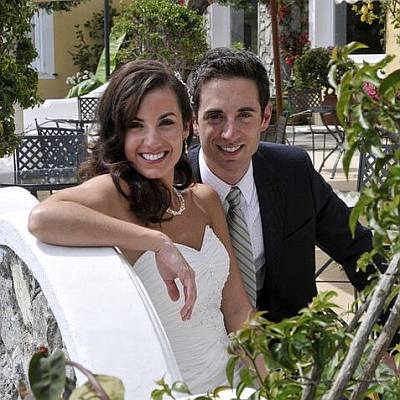 Keith looking cool, calm, and collected by his weatherman truck. 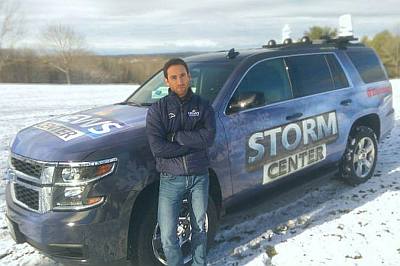