What brand is it? It’s an Oris watch. Specifically, it’s an Oris Modern Classic. 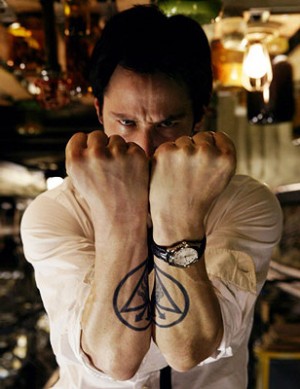 Now, if you are Joey Tribbiani, you would say that Keanu is watch buddies with German Formula One driver Nico Rosberg and Venuezuelan diver Caslos Coste who, as we mentioned in earlier posts, are celebrity ambassadors for the brand. 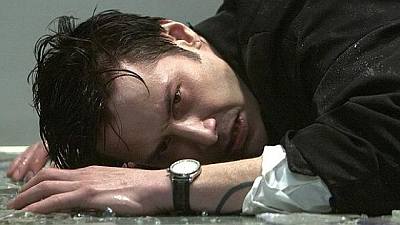 Let’s take a closer look at Keanu’s Oris Modern Classic watch, shall we? 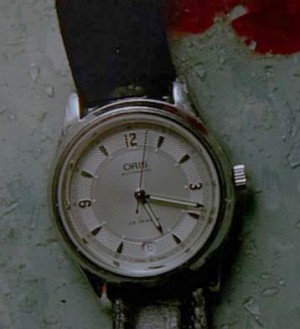 Since not a lot of us are familiar with Oris, let’s learn about the origin story of this luxury watch. We copied this from their website which you might want to visit at oris.ch: “Oris is founded by Paul Cattin (right) and Georges Christian in the Swiss town of Hölstein. They buy the recently closed Lohner & Co watch factory, and on June 1, 1904 the two men enter into a contract with the local mayor. They name their new watch company Oris, after a nearby brook.”

Wow, we didn’t know that the brand is named after a local brook. Cool of the founders to do that. But then again, Oris does have a nice ring to it and it’s short, unique, and memorable. Come to think of it, are there watch names that are not short and memorable? Seems the rule of thumb in naming watches is to keep them under ten letters — Rolex, Seiko, Citizen, Oris.

Let’s end this post with another photo of Keanu as Constantine wearing his Oris Modern Classic: 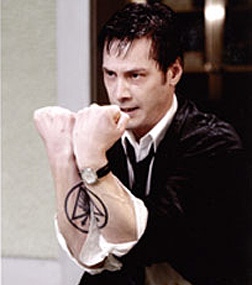 Now, Famewatchers in the know, can you tell us exactly what Keanu is doing with his hands? We did not watch the movie so we are clueless why he is putting them together like that. Is that how he draws his supernatural power?