Katy Perry One-Piece Swimsuit in San Remo Concert. We love us our Katy Perry here at Famewatcher. Why, you ask? Because she kissed a girl and she liked it and because she doesn’t take herself that seriously. She’s got a sense of fun, you know, but she doesn’t overdo it to the point of becoming annoying (see Jennifer Aniston hehe). 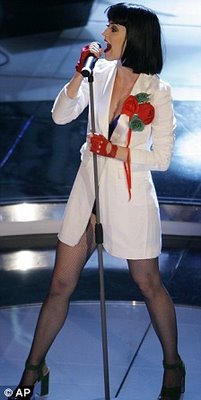 Anyways, here’s Katy Perry as a naughty nurse strip teasing her audience at the San Remo Music Festival in Italy. 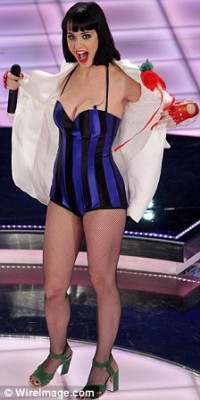 So, Famewatchers, what do you think of this Katy Perry one-piece swimsuit? Do you like it as much as our friend Deena does? 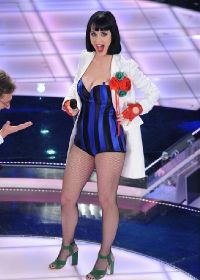 Is that a security guard trying to cover up our Katy? 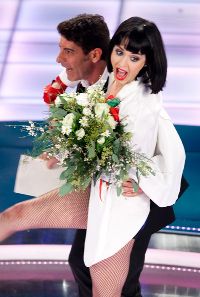 OTHER BLOG ENTRIES WE WROTE ABOUT KATY PERRY 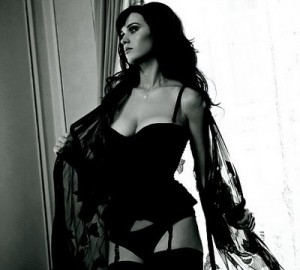 Know what, we must admit that Katy Perry is growing on us. Seriously. We started liking her when she did that striptease thing in San Remo. 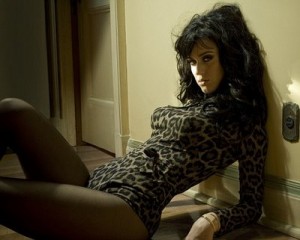 We’re liking her even more now because, as we said earlier, she seems to be maintaining the sense of fun that other celebrities lose once they get famous. Anyways, the above photos are from Esquire Magazine. She’s sexy in her cougar print unitard, no? 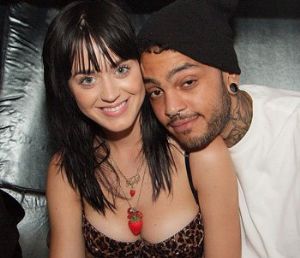 After breaking up last December, Katy Perry and former boyfriend Travis McCoy are back in each other’s arms. Travis tells The Sun: “The break-up sucked. We’re back together now — you’re the first person I’ve told that to. I keep thinking about if I had to go through it again and how s****y it would be. We were moving way too fast. I was being juvenile about the entire thing. Now it’s easy breezy. I’m happy and in love. I’m just enjoying the way things are right now.”

Well, good for you two for reuniting. Now go and make beautiful babies. 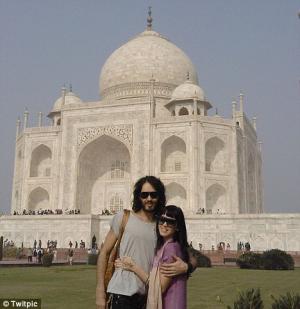 She kissed British comic Russell Brand and she liked it enough to marry him. She, of course, is no other than I Kissed a Girl singer Katy Perry. According to the Daily Mail she happily accepted Russell’s proposal during their holiday in India.

From the Daily Mail:

Russell Brand and Katy Perry are engaged to be married, according to U.S. reports. The comedian is said to have proposed to the U.S. singer five days ago while on holiday in Jaipur, India, and she happily accepted. It comes just three weeks after the wiry-haired presenter was spotted shopping for a ring in London.

Congratulations to both of you!!! Now, we’re adding you to our celebrity couples list.