Kathy Griffin Plastic Surgery: Botched Liposuction. This day in celebrity surgery, we present you Kathy Griffin’s botched liposuction photos. She is sharing it with us because she thinks its better to get our body in shape through good diet and exercise. We agree with her of course. 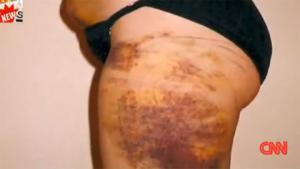 Kathy is luckier than this guy who had a botched penile enlargement surgery. Ewww.

Kathy Griffin Plastic Surgery Update: Before and After Photos. Kathy is open about having undergone plastic surgery procedures to improve her appearance. In fact, she calls them her “dental work” which is a cute term which we’ve now incorporated in our vocabulary. Hehe.

Anyhoo, here are some Kathy Griffin plastic surgery before and after photos: 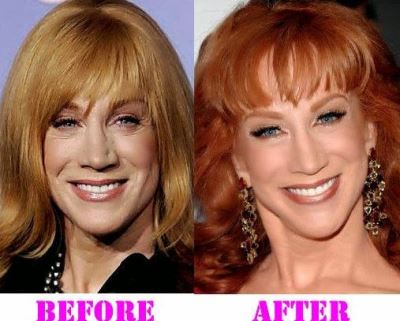 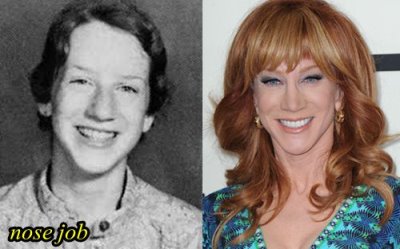 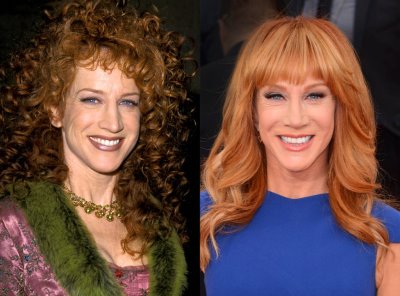 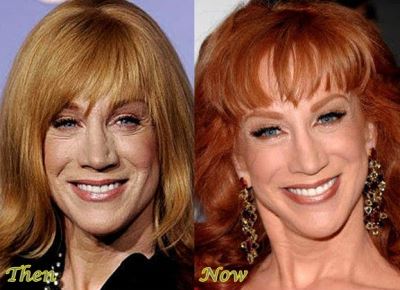 OUR PREVIOUS POSTS ON KATHY GRIFFIN: 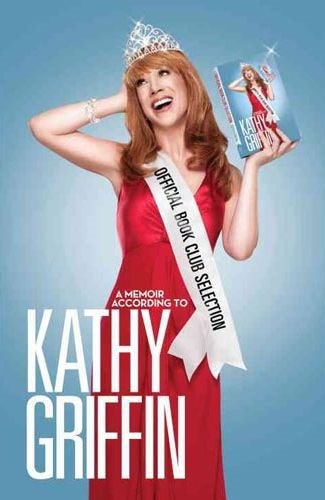 As some of you already know, we here at Famewatcher love us our Kathy Griffin so we were happy when we found out that our Kathleen is writing a book.

Kathy being Kathy, she is cheekily calling her book the Official Book Club Selection which is what Oprah calls the books she gives her stamp of approval to and promotes on her show. It’s not exactly copyright violation (something which Oprah has been recently accused of) but its like a mortal daring Zeus to smite him with a bolt of lightning. It would be interesting to see how Oprah will react.

Anyhoo, Kathy’s book is set to be released this coming September and she is reportedly preparing her army to kick Lauren Conrad’s butt out of the New York Times best seller list. We are so hoping that Kathy make it to the NY Time list. If she makes it, we guess that’s official confirmation from the paper of record that she’s no longer D-List. If she does not make it, well, she can always make a joke about her book adventures.

Two of our favorite comics together? Almost like heaven. Kathy’s got a funny story about saying “congratulations” to random celebrities. Interesting that Hollywooders would behave as she described. We’re with Craig though when he says that Speidi are alright to react as they did. Go, Kathy. Go, Craig.

Oh, by the way, watch out for Kathy’s My Life on the D-List which starts on June 5.

We love us our Kathy Griffin so we hope she’s going to win her Grammy. For those of you who are wondering, our Kathy is nominated for the Best Comedy Album category.

Update: Argh. Kathy didn’t win her Grammy. She lost to George Carlin/It’s Bad for Ya. Congratulations to the winner and let’s hope Kathy will be nominated again and that she’ll win the next time around.