But the guys behind a relatively new streetwear brand, En Noir, have found a way to add leather to their sweat pants and it is, apparently, a hit because some celebrities are loving it. In fact, Kanye West wore a pair of En Noir leather sweat pants in this photoshoot for GQ Magazine. Want more Male Celebrity Leather Pants? 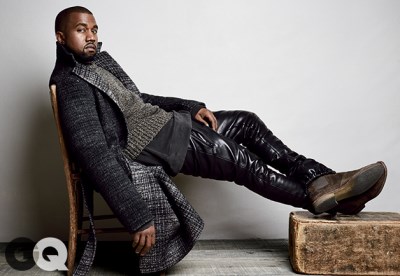 Price for En Noir Mens Leather Sweat Pants. How much is a pair of En Noir leather sweatpants? QG tells us that the one Kanye is wearing costs nearly US$1,400 (its US$1,399 if you want to be very specific about it). 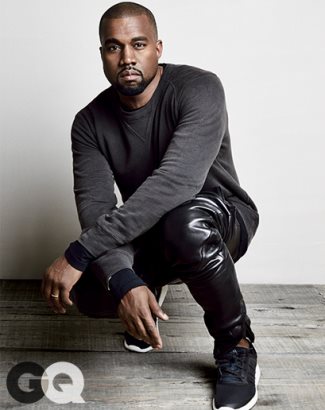 Incidentally, Kanye is the coverboy for the upcoming August 2014 issue of GQ Magazine and, boy, he didn’t disappoint spouting inanities like him being a blowfish. From gq.com:

And this nonsense that he himself alone is responsible for 50% of the men’s shoes sales of Balenciaga:

If we were Balenciaga we would be offended with his claim. We won’t be surprised if Kanye will later on claim that he is the sole and only reason why people are buying En Noir’s leather sweat pants. The guy sure is full of himself.

For those of you wondering, En Noir is a brand established by designer Rob Garcia who was named by Complex Magazine (complex.com) as one of the 25 Most Powerful People in Streetwear. Here’s what Complex is saying about Rob and En Noir:

En Noir is unique because it sits in that grey area between high-fashion and streetwear—especially since some of the garments are prohibitively expensive to people used to buying graphic tees ($1,000 leather shorts, anyone?). That in mind, Rob’s reputable background in streetwear and En Noir’s current popularity means he definitely knows what he’s doing.

Let it be said, before Kanye claims that he is responsible for 50% of the sales of En Noir sweatpants, that the brand is well reviewed and that the product sell themselves.

Maybe Kanye is good in spotting trends that eventually blow up, we give him that possibility. But for him to claim that he is the sole reason why 50% of customers buy something is flat out crazy.

…..
More Kanye West Leather Pants. We are updating this post to give you this Kanye West leather pants by Givenchy. 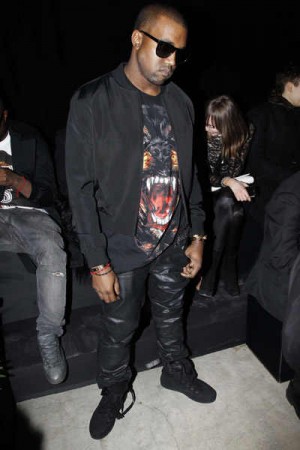 With his wifey, our Kanye was spotted wearing a Balmain Slim-Fit Leather Sweatpants at LAX. 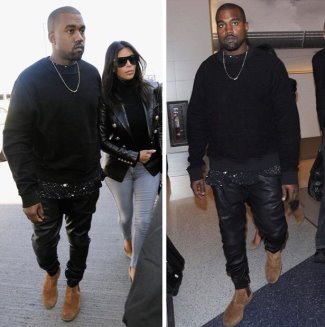 In the next photo below Kanye is wearing a pair of Maison Martin Margiela leather pants. 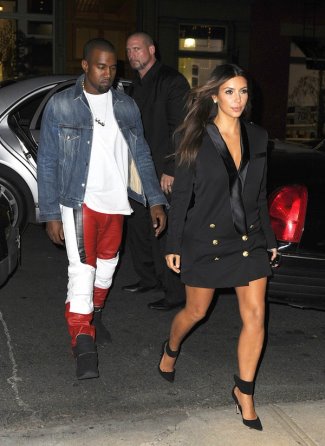 The last but not the least in in our list of Kanye West leather pants is this Bottega Veneta biker pants. 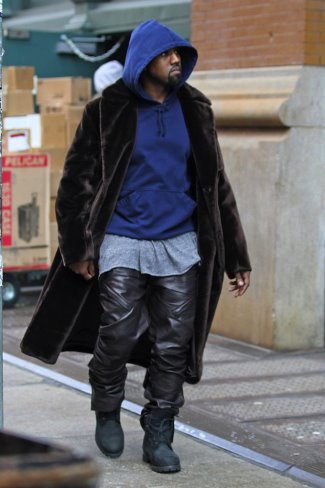 So do you have a favorite among the above Kanye West leather pants made by various designers?