Anna Kournikova on her K Swiss photoshoot: ‘We worked with a new photographer, Zach Gold, which was cool because I always love to work with creative new people. As always, I had my great hair and make-up team who always make me feel so comfortable and pretty.

‘We had six different setups, but the shoot was very fast and didn’t take as long as photo shoots normally do. I was really excited to see the new tennis line and to see some of the other K-Swiss athletes who were there doing their photo-shoots at the same time.’

Well, we gotta give props to the photographer for making the Russian beauty look like a fish caught by a fisherman’s [Enrique Iglesias?] net!

Apparently, Anna is the celebrity spokesmodel for K-Swiss since February 2008. Says K-Swiss when they hired the retired tennis star as their brand endorser:

“Having an individual of Anna’s profile represent K-Swiss will serve as a huge asset for the brand. Her mix of athleticism and style will help us to reach out to consumers 13-30, while bringing the brand back to its tennis heritage.”

For her part, the Russian beauty had this to say for her modeling gig: “I’m looking forward to working with K-Swiss, and am proud to be involved with a classic tennis brand, known for its performance, elegance and style.”

Do you think this is a good move on the part of the company? We kinda don’t think so, if they really wanted to go back to their tennis roots and capture some market among the girls and ladies who play tennis, it would have been better if they hired an active player as their image model because an active player is much more visible – and hence gains more media exposure – than Anna Kournikova.

But Anna does look gorgeous in her K-Swiss shoes so maybe they’re going for the fanboy demographic rather than the tennis fangirls. 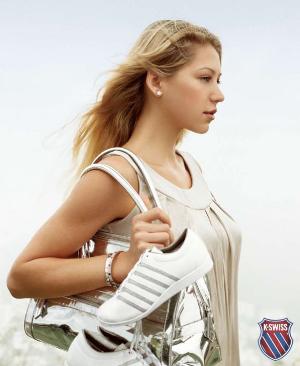 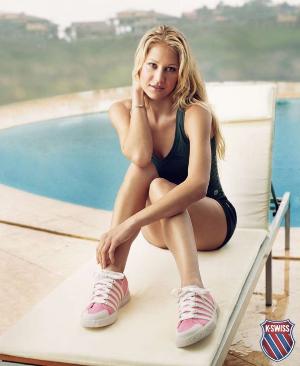 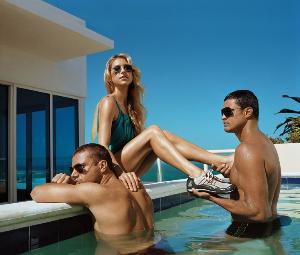 Aside from Anna Kournikova, other female celebrities who serve as image models for K-Swiss is the Korean girl group f(x). Check out the Korean girls in their fab K-Swiss shoes. Who’s got the best shoes of them all? 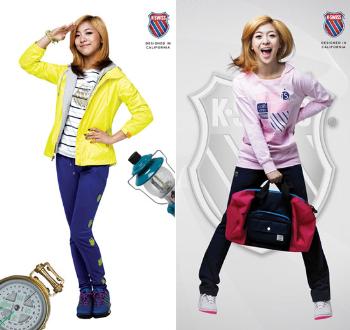 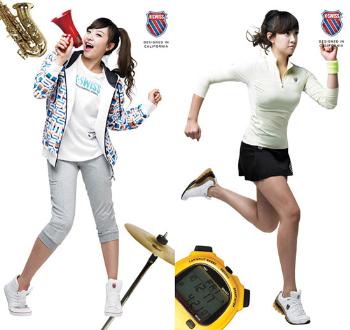 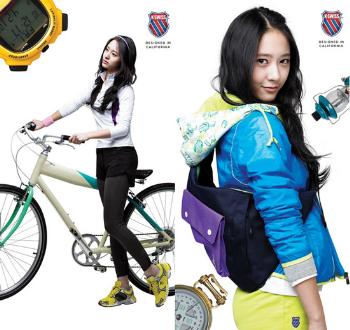 Celebrity trainer Jillian Michaels is another celeb who kinda works with K-Swiss. In fact Jillian and the company just launched a Jillian Michaels K-Swiss collection which includes tank tops, sporty bras, gym shorts, leggings but unfortunately, there does not seem to be a Jillian Michaels’ K Swiss ladies shoes. Maybe next time eh, Jillian? 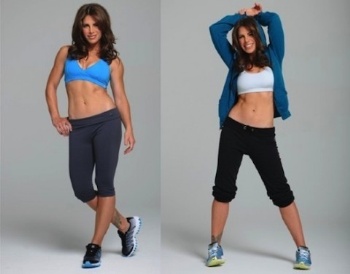 Incidentally, the badass but gorgeous trainer has quit The Biggest Loser reportedly to focus on her family. Interestingly, the one taking her place in the show is our K-Swiss spokesmodel herself Anna Kournikova. So we are going to take back what we said earlier that it’s bad move on the part of K-Swiss to hire a Anna as their image model because she is not that visible. Well, she is now going to be very visible via The Biggest Loser. We’re not sure though whether she’s going to be as badass as Jillian. Do you think Anna will be as badass and as effective as Jillian in kicking butts to help The Biggest Loser contestants get in shape? It would be awesome if she will be.