Julian Kostov Shirtless, Underwear, Girlfriend. Okay, we posted this before the Netflix show Shadow and Bone came out and, after watching the fantasy series, we think its good if we do an update to say that we are very very pleased with Julian’s role on the hit show. We love him as Grisha warrior Fedyor and we love his partnership with Ivan (played by Simon Sears). 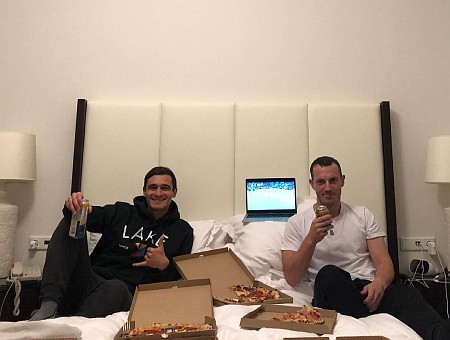 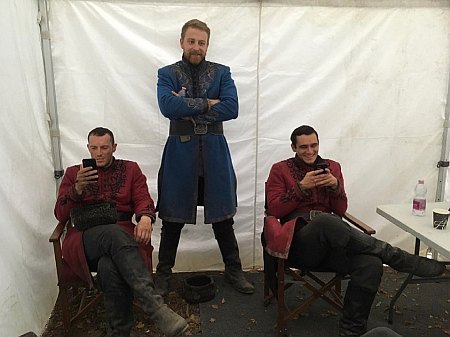 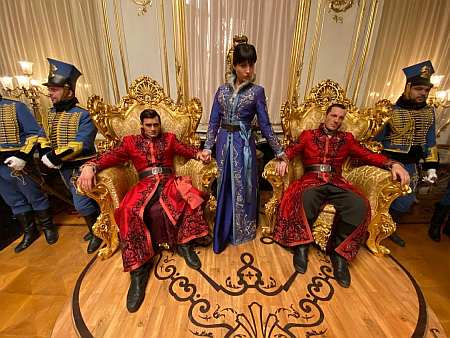 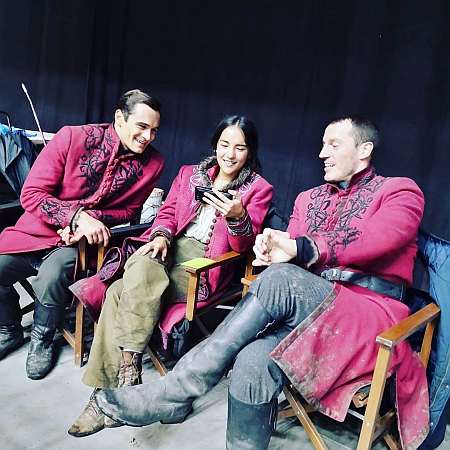 As we mentioned in our post on Simon Sears, Fedyor and Ivan are not only partners in the battlefield but are also in a romantic relationship and the lovebirds gave us the scene we love most on the show: 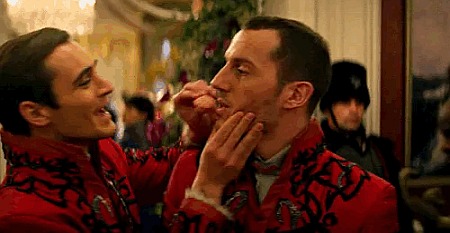 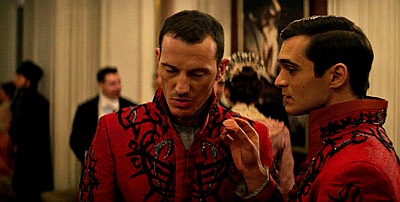 So are they gay in real life? Nah! We know that Simon has a girlfriend/partner with whom he has two children. What about Julian, is this his girlfriend? 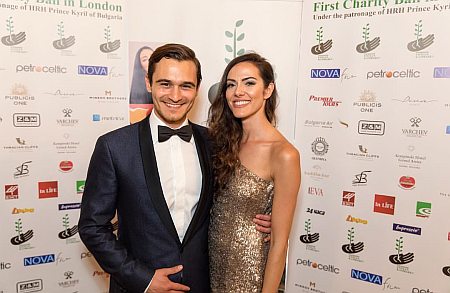 Nah, we do not know. For those wondering, her name is Devora Wilde and she cohosted the Art Foundation Charity Ball with Julian back in June 2017. They sure look good together though, don’t they?

…..
Julian Kostov Shirtless, Underwear, Girlfriend (27 February 2021). Time for another celebrity washboard abs and, this time, let’s check out Bulgarian actor Julian Kostov who looks gorgeous walking on the beach with the seawater dripping from his wet pants.

We’ve said it before and we’ll say it again, men in wet clothes can be pretty damn hawt! It’s better yet if they are shirtless as Julian is in the picture below. Hehe. 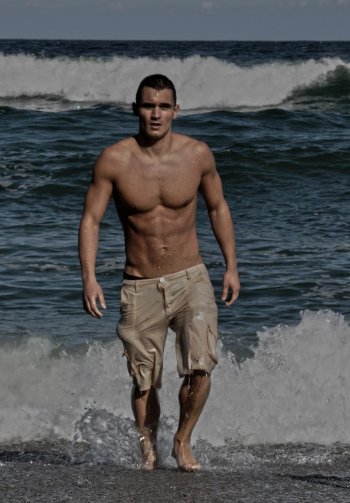 But this post is about abs, so here’s another photo of Julian and his sculpted abs. 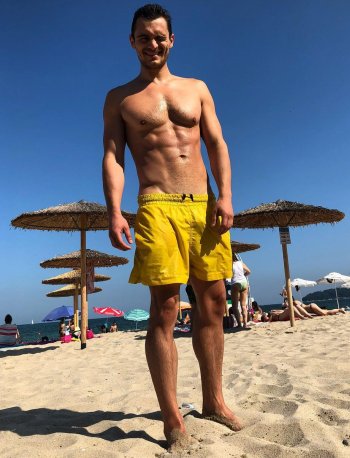 And here’s another one where it looks like he’s training to be a boxer or something. 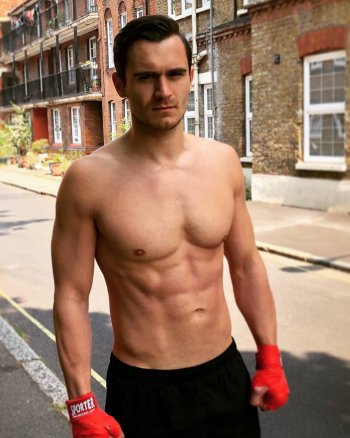 Julian Kostov Speedo and Underwear Photos. Before he became an actor, our abstastic hunk of the day was a competitive swimmer who represented Bulgaria in international competitions. According to wikipedia, he’s brought home a total of 60 medals including a bronze medal from the 2007 Balkan Games. Here’s Julian during his competitive swimming days: 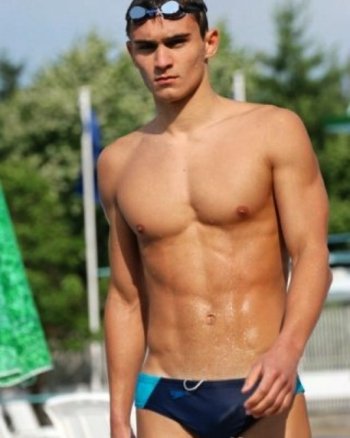 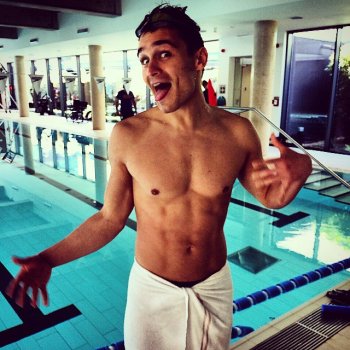 And here’s Julian in a Speedo fight with a pal. We grabbed this from his Insta (follow him @juliankostov) and he says this is inspired by the movie 300. 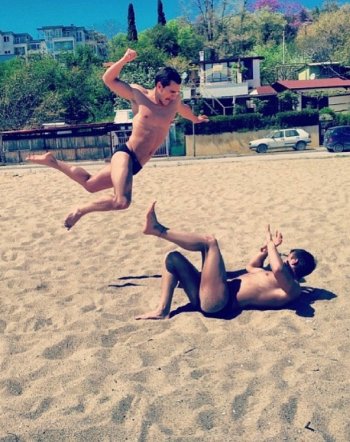 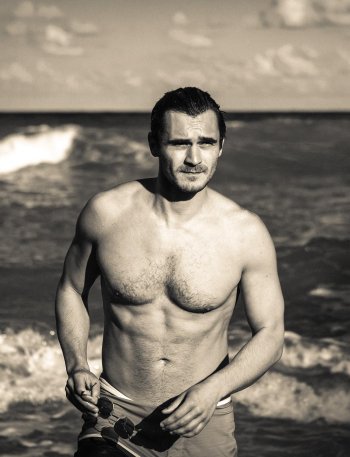 From being a swimming champ, Julian went on to study business in the Netherlands and Wales and graduated with a bachelor’s degree in Business Studies from the University of Wales Institute Cardiff. After university, he was admitted to the National Youth Theatre of Great Britain and then he went on to become an established actor with, to date, a total of 35 acting credits to his name.

One of his acting projects include the upcoming Netflix drama Shadow and Bone — which also stars Archie Renaux — where he will be playing the role of Fedyor Kaminsky. We are soooo looking forward to watching this. 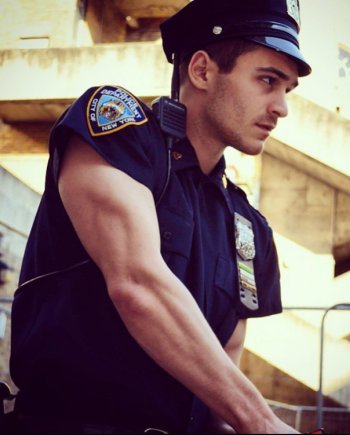 Julian on the cover of Men’s Health Bulgaria. 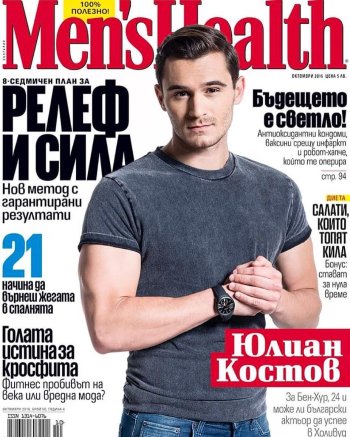 Looking good in his white tee. 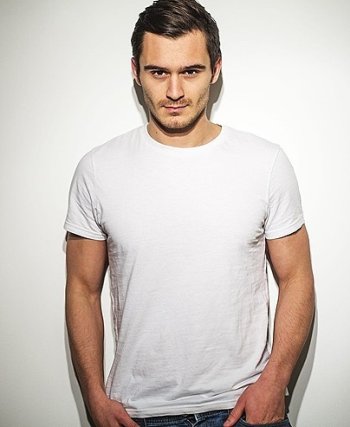 Ahhh, a man in leather! 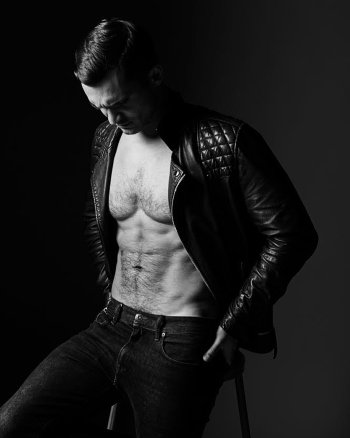 What you laughing at Julian? 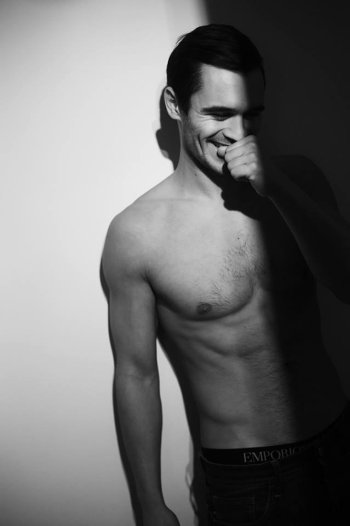 Julian Kostov Girlfriend or Relationship Status? Unfortunately for you, we do not know whether our hottie is seeing someone or not. But we will update this post once we do have the information in the future.