Julian Edelman Underwear: Boxers or Briefs? You’ve seen his shirtless photos — see Julian Edelman Shirtless — now let us check out the New England Patriots wide receiver in his underwear. But first, before anything else, here’s another shirtless Julian photo looking cool with his facial hair and all. 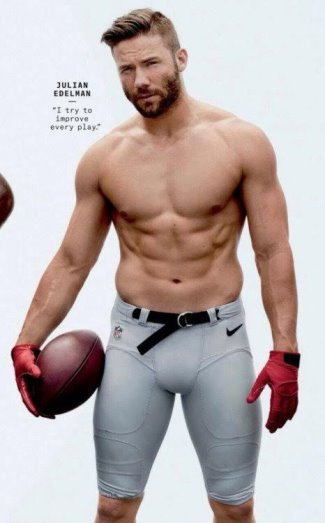 Here’s Julian getting prepped for a photoshoot in his Calvin Klein underwear. Them CK underwear powers-that-be sure are missing an opportunity for not signing this Patriot to be their spokesmodel, no? We’d rather see him modeling CK than the kid the label just hired to be the face of their current campaign. [See How to be a Calvin Klein Model.] 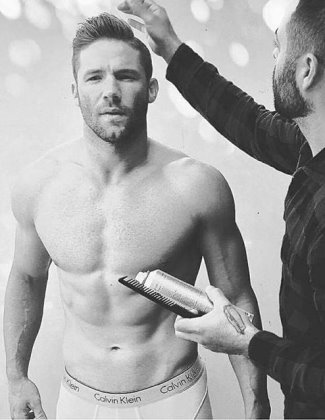 Now the Julian Edelman underwear preference question has been answered because, as you can see, he apparently loves him his briefs. Now, he sure looks like every inch a model in the photo below, no? He is modeling for John Varvatos, for those of you wondering. 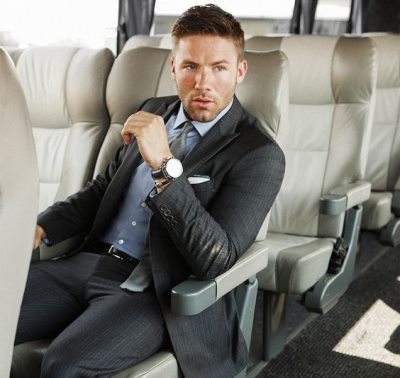 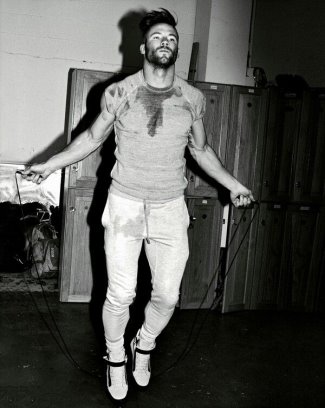 Is Julian Edelman gay or straight? He is straight. But he supports the LGBT community which is why he “raised” the rainbow flag last year to celebrate the gay marriage victory in the Supreme Court.

Now, his fashion style — body hugging shirt that “shows off” his musculature — is kind of gay, no? 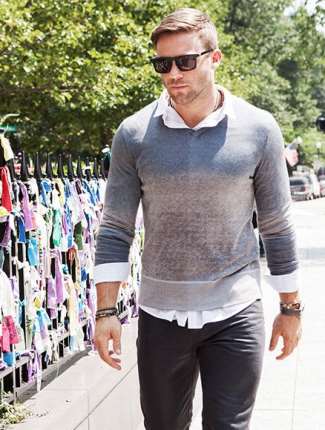 Julian Edelman Girlfriend? For those of you wondering whether Julian has a girlfriend or is dating anyone, The Examiner suggests that he may be dating Ella Blum:

Is Ella Blum the girlfriend of Patriots WR Julian Edelman in 2016? That’s a burning question for Julian Edelman fans and fans of the New England Patriots after Edelman was photographed together with Ella Blum at the 2016 Dockers x CFDA NYFWM party in New York on February 1, 2016.

In the past, Julian Edelman dated a woman named Olivia Frischer who is a fashion model. The two were together in 2013 and 2014 but likely broke up after another women named Sabrina Dudish posted a photo of herself on the Internet with Julian Edelman and bragging she just slept with him. 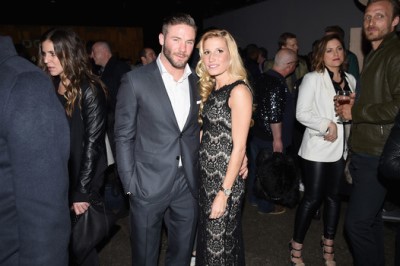 But then, maybe he is actually dating Rob Gronkowski? For why would he print a photo of Rob grabbing his you-know-what on his shirt? 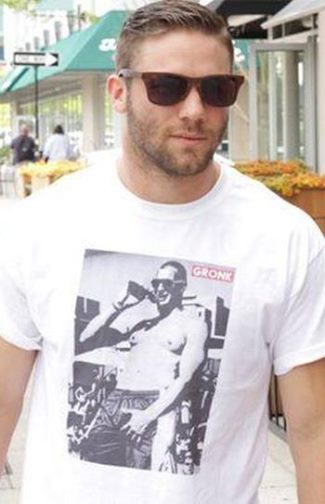 If this ain’t a “I’m coming out and I’m declaring who my boyfriend is” message, we don’t know what is. Joke. Joke. We love you Julian!

2020 Update: Our Julian called it quits with Ella Blum. He then went on to date a model named Ella Rose with whom he has a daughter named Lily Rose. He is now reportedly dating supermodel Adriana Lima.