Did you watch Super Bowl XLIX not because you know your American football but because you want to ogle at them sexy NFL hunks? Well, then you are in good company here at Famewatcher because we were “oglers” too.

We must say that our ogling was not wasted because we found us a new imaginary boyfriend in the person of His Hunkiness Julian Edelman. Ain’t he hawt, hawt, hawt? Check out his shirtless photos which we grabbed from his Instagram account: 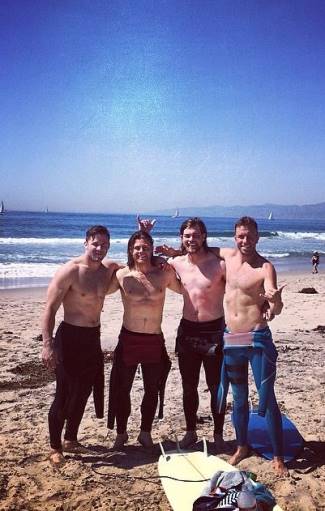 A shirtless Julian Edelman at the gym. Ordinarily, we don’t like shirtless gym goers — we think they are show-offs and they leave gym equipments wet and dirty — but we would make an exception for Julian. Hehehe.

Our football hunk is a California boy so its no surprise that he’s into surfing. 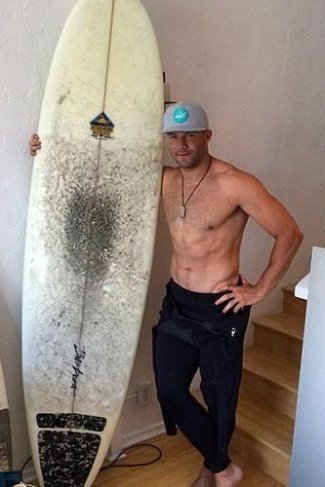 Is the fact that our Julian is wearing a shirtless youknowwhat-grabbing Rob Gronkowski a sign that he’d go gay for The Gronk? 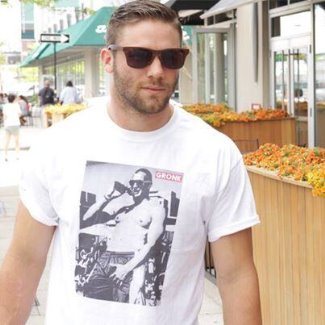 Apparently, the feeling is mutual for Gronkowski. 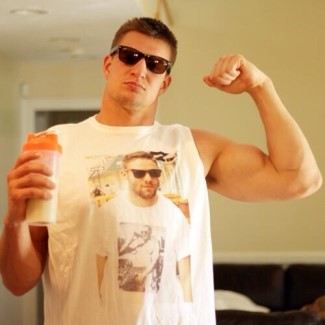 What’s the best nickname you’ve been given in your time as a professional player? guys call me squirrel because one time on the sideline i was yelling don’t let me get squirrely out there. [Pim’s note: According to wikipedia, Julian’s other nicknames are Incredelman, Minitron, and The Energizer Bunny.]

What has been your favorite part about being a player in the NFL? you get to compete at the highest level of that crazy dream you had growing up. it’s amazing

Any words of motivation that you used…for anything? screw what other people think or say, if you believe in what you can do and work hard at it, there’s an endless amount of possibilities

What would you say your favorite thing about being a Patriot has been so far? its always fun to win ballgames and this franchise has been consistent for a decade…and its a fun cast of characters in the locker room

What is your diet like during the offseason, and does it change during the season? Or on game day? thanks! during the off season there’s a little less comfort food because you are always preparing your foundation for the season
****
That’s it for now, fellow Famewatchers! Because we consider him our imaginary boyfriend, we hope to more blog posts about The Energizer Bunny in the coming days.