Jude Law Hair Transplant: Before and After Photos. This day in male celebrity hair transplant, we here at Famewatcher decided to bring you the before and after hair transplant photos of Jude Law aka Samantha Burke’s baby daddy. 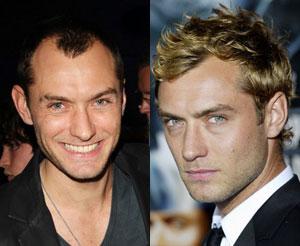 Jude Law sure looks good as a transvestite in wigs but thank heavens he did not decide to keep his Rage wig to cover up his receding hairline. Nice work, Judie boy! No need to go through that p** therapy that some celebrities, like boxer Juan Manuel Marquez, reportedly do.

2020 Update: Here’s another before and after Jude Law hair transplant photo. 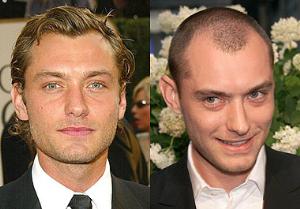 In 2008, the talented British actor apparently starred in a Dior Homme commercial which was a little controversial because his receding hairline was less noticeable. The controversy was whether the actor’s “more hairy” look is due to hairstyling or whether more hair was “airbrushed in”. 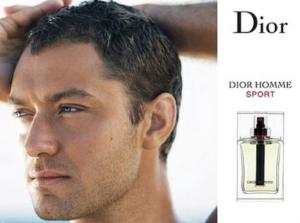 Here’s what one airbrush expert named Chris Bickmore, said about the matter: ‘I wouldn’t say it was hairstyling as they can’t style hair that isn’t there. ‘It’s definitely been retouched to bring hair into the gaps where he’s receding. It’s not really that difficult a procedure, no more than one and a half hours.’

On the other hand, a spokesman for Jude Law had this to say: ‘I can categorically say there has been no digital enhancement. It is nonsense.’

What do you think Famewatchers, was Jude “hairbrushed” in the ad or is his more hairy look the effect of simple and effective hair styling?

OTHER BLOG ENTRIES ON JUDE LAW:

Jude Law Plays a Transvestite in Rage (04 February 2009). Awww. Who is this cute girl? Silly. That’s not a girl, that’s Jude Law playing a transvestite in an upcoming movie, Rage. It’s not exactly box office material but movies like this are very important in moving the needle forward towards inclusion and equality. 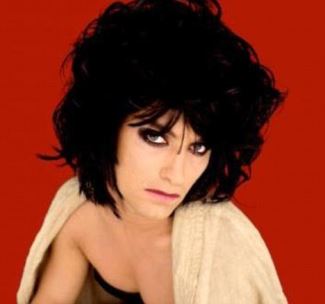 Now, who wants to ogle at a shirtless Jude Law? 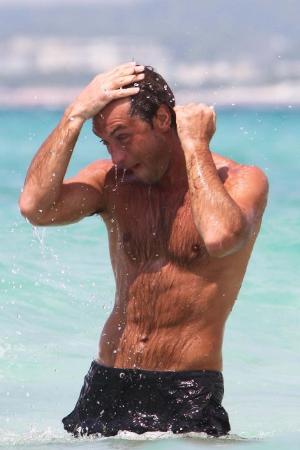 …..
Shirtless Jude Law and His Chest Hair (15 February 2009). We’ve seen him dressed as a woman for a movie called Rage. Now, let’s have the good old sexy and manly Jude Law who we came to love and adore. 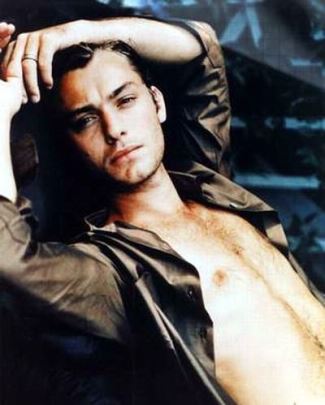 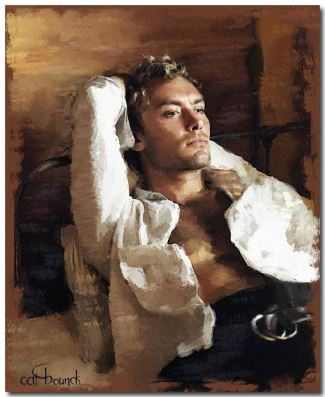