Joshua Sasse Gay or Straight? Is Joshua Sasse gay or straight? He is straight as an arrow! And he is dating probably the most famous Australian female celebrity, Kylie Minogue. Here’s a pic of the happy couple. 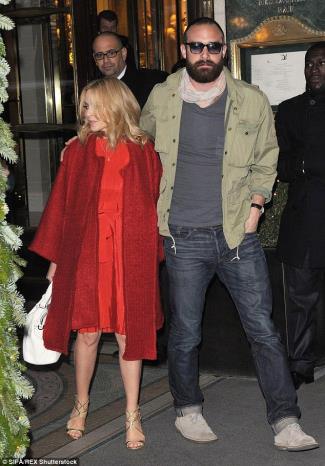 It’s a May December relationship between these two. Kylie is 47 years old while Joshua is about 20 years younger. He turned 28 just a few days ago, 09 December.

By the way, don’t refer to Josh as Kylie’s toyboy. From The Independent:

The 47-year-old singer is currently dating 27-year-old actor Joshua Sasse and the star is beginning to loathe the media portrayal of their relationship, telling UK newspaper The Mirror he is far from being just a ‘toyboy’.

“I think it’s derogatory to both of us,” she said. “I would love to nuke that word. It bounces off us because it’s not like that with us. But God, I’d love to see the back of it.”

Kylie doesn’t feel the 20-year age gap makes the slightest difference in their romance and she thinks critics need to reflect on the mysterious nature of love before issuing opinions, noting: “If you stop and think of how many successful relationships are that way… It’s pot luck who you meet and you fall in love with, and they love you, and you feel like you’re life is better because you’re together… I’m very happy.”

The new lovebirds met at the set of the ABC show, Galavant, in which Joshua stars as the lead actor playing Galavant himself. Here are some still photos from the TV series. 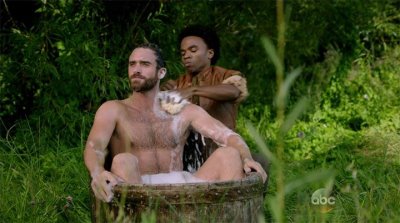 Ain’t this a little gay? 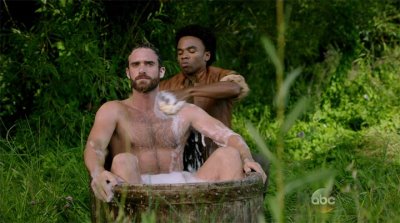 If we saw these photos earlier, we’d have included Joshua to our list of hot men with hairy chest. 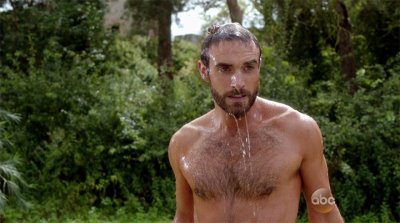 Let’s end this post with this hot photo of Joshua looking oh-so-shaggable in his sweatpants. 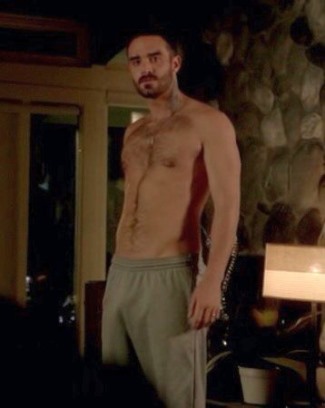 Update: Kylie and Joshua may be dating but the two may not yet be free to tie the knot as pointed out by Heat Magazine, Joshua has been posting photos of himself wearing a wedding ring before he started dating the Australian singer.

He also referred to a wife during an interview with themanual.com:

What will your next major fashion purchase be? Probably a warm coat from my wife. I don’t go out and buy clothes a lot. I’m very content with what I have. I’m not an avid shopper like that. I will wear something until it falls off me.

Well, maybe Josh and his wife are in the process of “freeing each other”?