Josh Whitehouse Shirtless, Gay or Girlfriend, Underwear Pick. Did you watch The Knight Before Christmas on Netflix already? Not yet? What are you doing? You should go watch it now. It’s got all the elements of a good Christmas movie that warms the heart: fun, silliness, family, and Vanessa Hudgens.

Not yet sold? Well, it’s got a curly-haired, good-lookin’, in-shape knight from the 13th century transported to modern-day Ohio who is played by British cutie Josh Whitehouse! Oh, and we see him walking around with nothing but a towel around his waist. 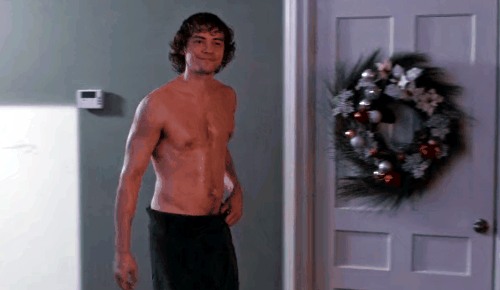 So now you’re sold. You, thirsty, you! Here’s another shirtless GIF of our Knight Before Christmas hunk. No, Vanessa, don’t give him clothes! Just let him walk around like that.

We know there’s a lot of thirsty hos and THOTs among us here on Famewatcher who ain’t content with the above GIFs so here are some Josh Whitehouse shirtless pics: 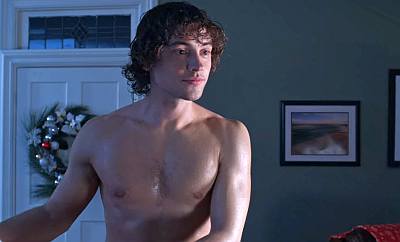 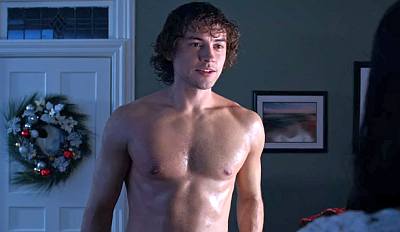 Josh Whitehouse as a Male Model. Aside from being an actor, our Josh is also a male model and he did some modeling with Burberry. This is probably our favorite photo of the guy. 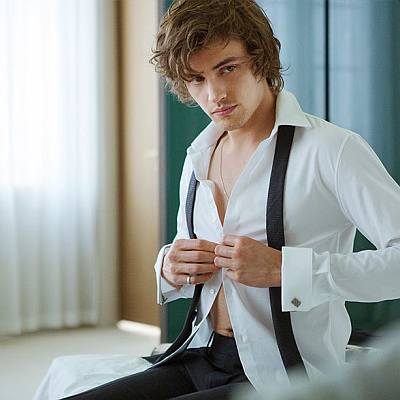 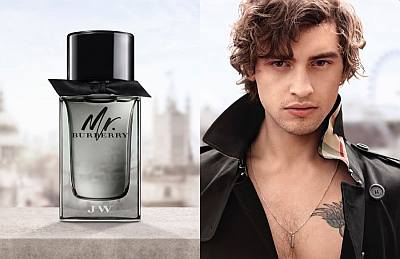 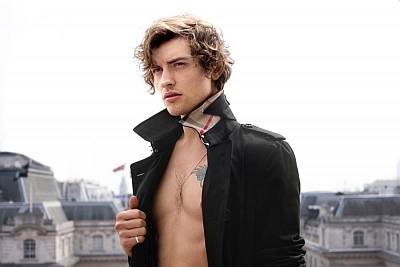 Josh Whitehouse Gay or Straight. He is straight but you can include him in your list of celebrity LGBT allies. He posted this photo on his Instagram celebrating Pride Week (follow him @joshuawhitehouse). 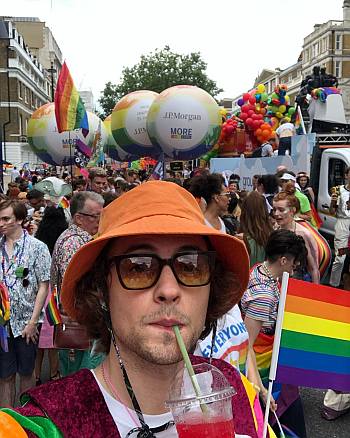 Josh Whitehouse Girlfriend. A 2017 story from The Daily Mail tells us that “the 27-year-old actor is courting a French healthcare worker, Cindy Jourdin, who has come to live with him in London”.

We are not sure whether Cindy and Josh are still an item these days but we hope they are. More from the Daily Mail on the actor and his gal: “Evidence of their close friendship can be found on social media, where Cindy has shared photographs, including pictures from a recent holiday they took in the Dominican Republic. The pair are seen larking around and posing with iguanas on their heads. ‘Josh is a really interesting character,’ says the friend. ‘While his Poldark character writes poetry, he is more into music.'” 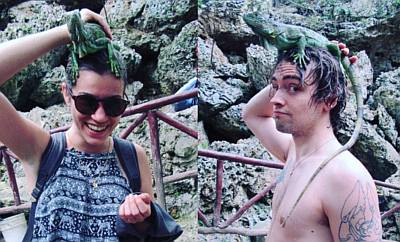 Who wants another Josh Whitehouse shirtless photo? Of course you do! 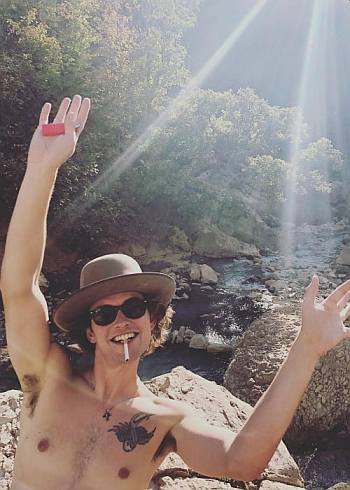 Josh Whitehouse Underwear. For those of you wondering whether the actor likes boxers or briefs, it looks like he prefers the latter as you can see from this photo we grabbed from his Instagram account (follow him @joshuawhitehouse). Oh wait, this is actually from the movie Northern Soul which means we really don’t know what he prefers IRL. 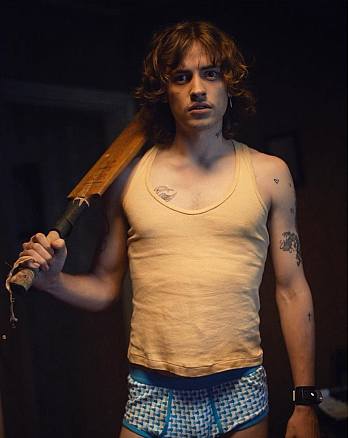