Josh Segarra Gay in Real Life? Girlfriend, Shirtless, Underwear Photos. So, we were watching the trailer for Mother Rupaul’s upcoming Netlix show, AJ and the Queen, when we saw Mother going kissy-kissy with her TV boyfriend. We’re like, “Who’s the guy? He’s cute and manly but he’s got a bad boy vibes about him.” 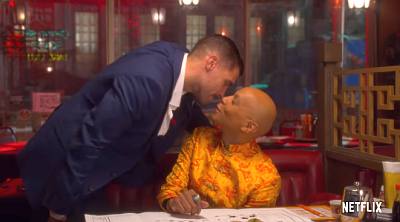 We soon found out that his name is Josh Segarra and that we’d have known him earlier if we only continued watching Orange is the New Black. We stopped bingeing on season 5 but always plan to go back watching it again. Now, aside from OINTB, our Joshie has starred in several TV and movie projects the most interesting of which, at least for the THOTs and hos among us Famewatchers, is the TV series Sirens on the USA Network.

Why is it the most interesting, you ask? Because the character he plays — Billy Cepeda — is reputed to have a manhood which rivals Connor Swindells two Coke Cans. The show even had an episode highlighting Billy’s big Little Billy which is where we got these screencaps: 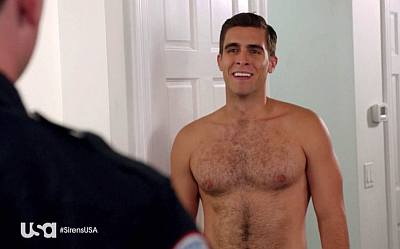 Because we love us some hairy chest, this is the time Josh Segarra aka Billy Cepeda became our imaginary TV boyfriend. 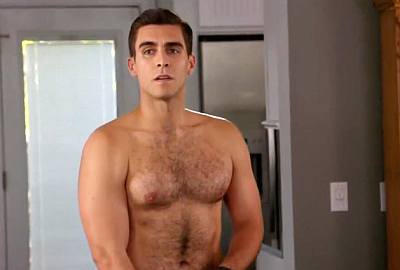 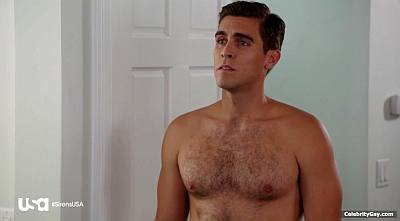 Josh Segarra Gay or Straight in Real Life? He plays Mother Ru’s boyfriend on AJ and the Queen but he is straight and very much married IRL. Here’s Josh and wife Brace Rice during a red carpet event. 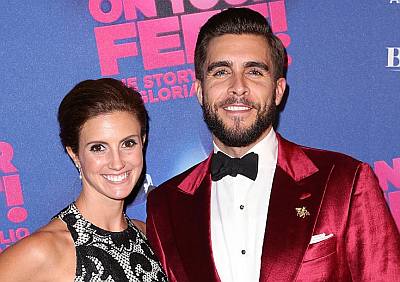 They tied the knot in October 2014 and the couple are now proud parents to their three-year-old son, Gus Maine. Here’s Josh and Brace on their wedding day. 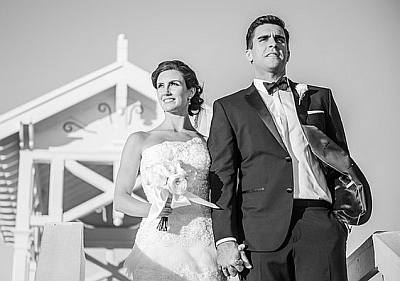 A graduate of the Tisch School for the Arts, Josh is also a legit stage actor and his theater-acting credits include Lysistrata Jones where he played the role of Michelangelo “Mick” Jackson on the Broadway run of the play. Damn, he looks hot AF in them short skirt, no? 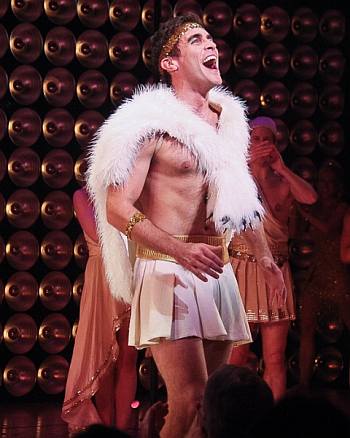