Josh Holloway Leather Jackets. Does Josh Jolloway have the sexiest and most stylish leather jackets in the history of celebrity leather jackets? We sure think so. Check him out, for instance, in this still photo from Mission Impossible: Ghost Protocol. He sizzles in his leather in a way that Tom Cruise can only dream about. Hehe. 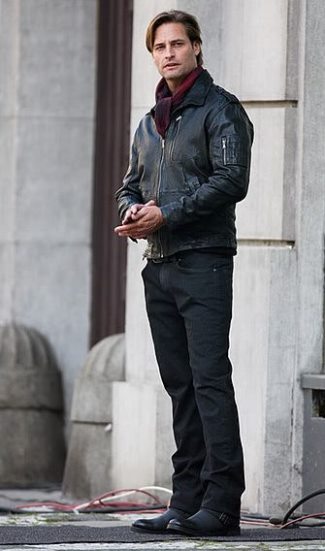 There’s a reason why directors (or their costumers) and magazine editors keep dressing him in leather: He Simply Looks Effin’ Good in Them.

Josh Holloway Leather Jackets as Sawyer Ford in Lost. Here’s a long-haired Josh wearing and rocking his stylish leather jacket in this promotional pics issued by ABC for the TV series, Lost. 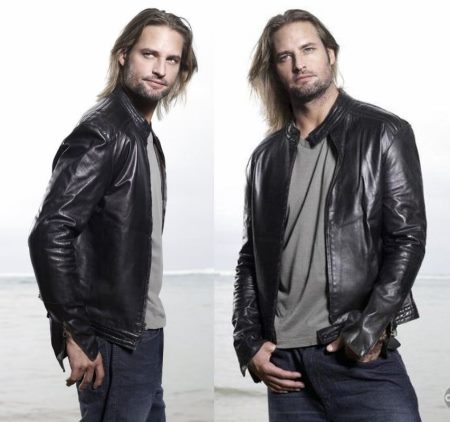 Off screen and on screen, Josh loves him his leather jacket. At the 10th anniversary of Lost, he wore this to the celebration. 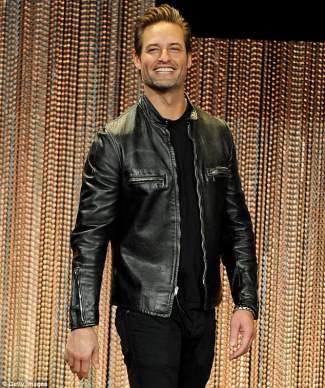 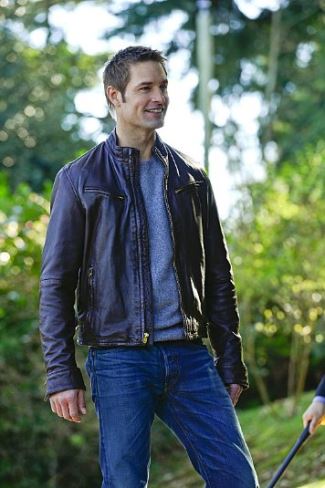 We have to make a composite of Josh’s Gabriel Vaugh leather jacket photos because he just looks so good in them.

For the premiere of Intelligence, Josh wore this sexy black leather jacket. Didn’t we tell you he likes to wear them leather jackets in real life. 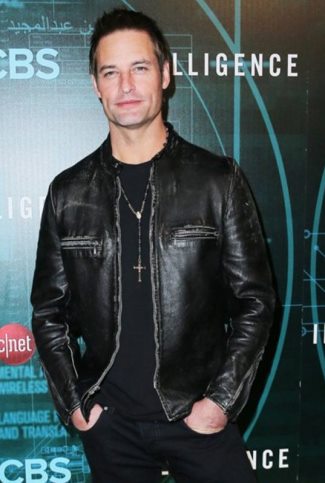 Look who’s wearing a Belstaff leather jacket? It’s our Josh Holloway! We’ve tried looking for info on the source of this photo and the closest thing we found, which may or may not be true, is that it is from a photoshoot for Details Magazine. Again, we are not sure of this 100%. Who knows, as our friend Deena suggests, it might turn out to be also from Lost. 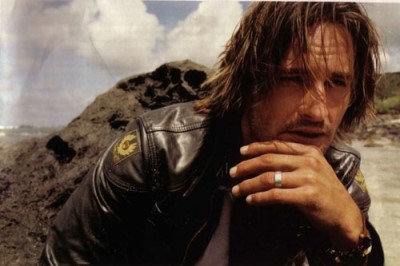 Josh wearing a leather jacket in this photoshoot for the Los Angeles Times. 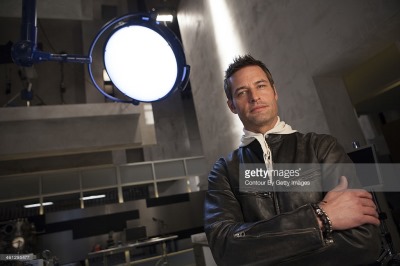 That’s it for now, LeatherWatches? Which of these outfits is your favorite? Ours would be the obviously often-used one Josh wore to the Intelligence premiere event.