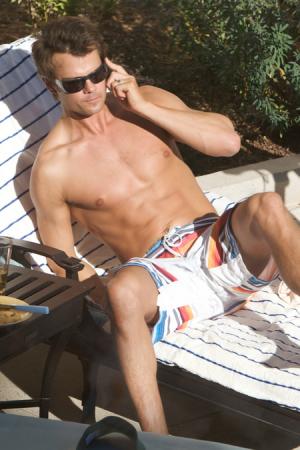 Looks like Josh really, really loves him his board shorts because he was also photographed wearing it during an earlier visit to the beach with his wife Fergie. 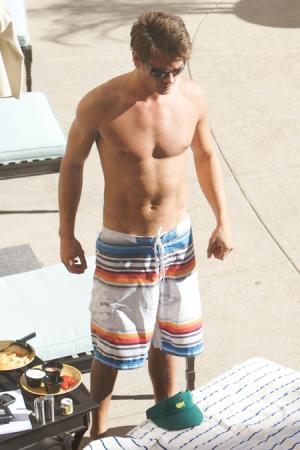 Anyhoo, what do you think of them claims by a stripper who said she had the horizontal dancewith him? Us? We think the stripper is only trying to get some media attention.

What do you think of these Josh Duhamel shirtless beach pics? 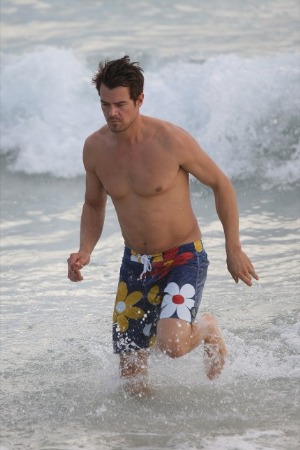 Anyhoo, for more of Josh’s fashion style, you might want to check out his Raven jeans as well as his Tag Heuer Monaco watch. Also, don’t miss our post on these Josh Duhamel underwear and pick which he should be wearing every time he hits the beach. You know, not this boring floral beach shorts he’s sporting in these photos. 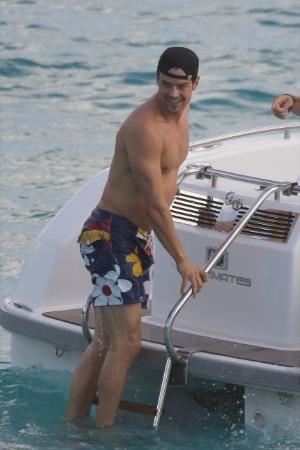 Hmm, seems like Josh has not been working out for a while. He’s grown some belly, no? Still, no denying that he’s got a shaggadilic hot dad bod. 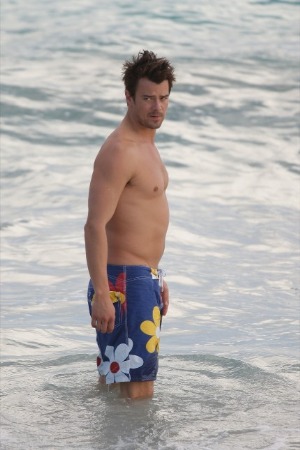 Josh Duhamel Boxer Shorts + Beach Shorts Photos (posted: 11 January 2009). Yay. It’s Josh without his pants on. Want to see photos of him without his undies? Ugh, who doesn’t? Unfortunately, we don’t have any. Now, if you do have such photos, don’t keep it to yourself share them with us and we’ll share them with the rest of the world. Okay? 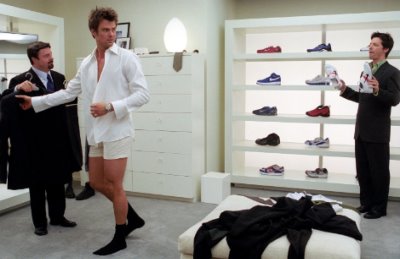 Hmmm, we wonder what Josh is doing here with his bum up in the air? Maybe he’s been a bad boy and is waiting for some kind of punishment from Fergie? Or maybe he’s just waiting for us? What are you doing there like that, Josh baby? 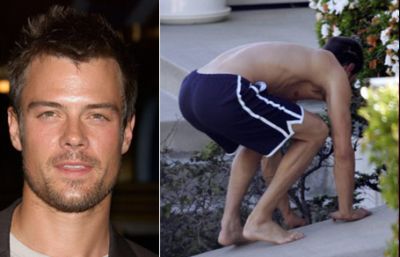