Joseph Baena Speedo, Shirtless, Girlfriend, Realtor Hunk. Oh boy, aren’t we glad we came across this photo of Joseph Baena on Instagram! It gives us hope that briefs-style Speedos like the one he’s rocking isn’t going the way of the dodo. It may have fallen out of favor from its heydays in the 80s (or is it 70s) but it seems like young guys like Joseph are discovering and appreciating its virtues as a swimwear. Yay! 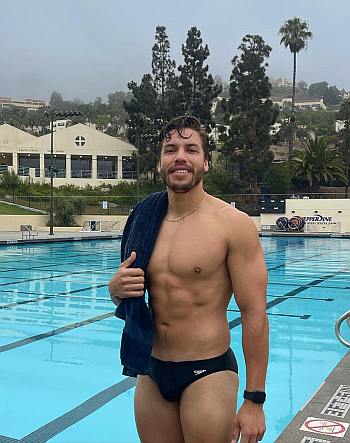 Want more male celebrity Speedo? And, for the the thirsty hos among us here on Famewatcher (we’re looking at you Kevin and Deena, here are shirtless photos of our California hunk. Don’t you just love shirtless cowboys and men who give a glimpse of their underwear? 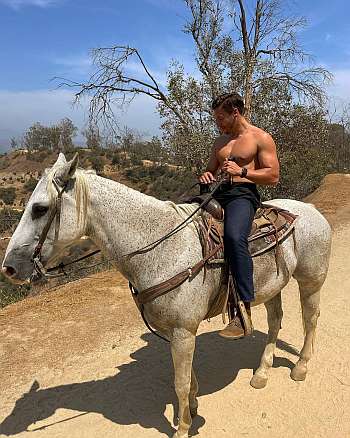 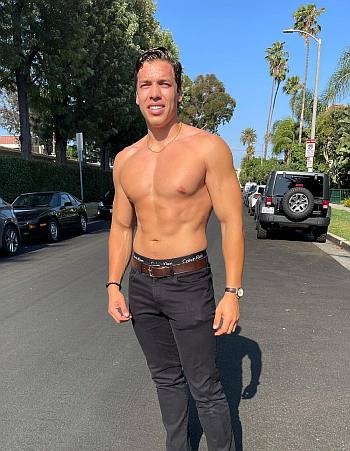 For those of you not yet familiar with the guy, Joseph is the son of Mildred Baena and Hollywood superstar Arnold Schwarzenegger. He seems to have a very good relationship with his parents as you can see in the photos below. First, here’s Joseph and former Governor Schwarzie bonding at the gym and during his university graduation. 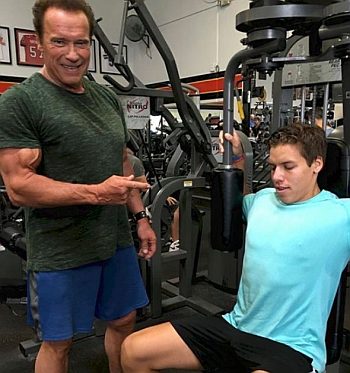 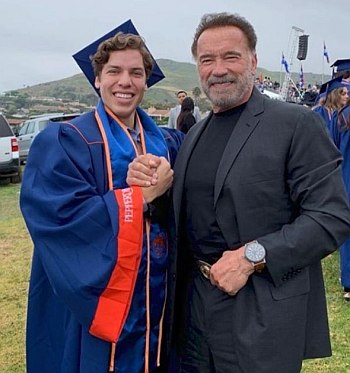 Next, here are photos of Joseph and mother Mildred. According to a post he wrote on Instagram, his mom is now a chef having attended and graduated from culinary school. By the way, we grabbed these photos from Joseph’s Insta page which you might want to follow @projoe. 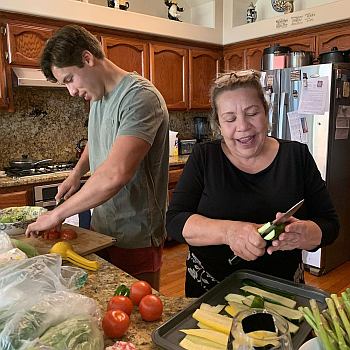 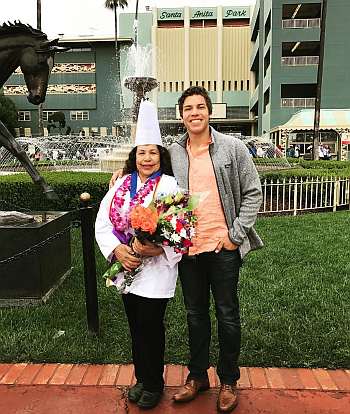 For his part, Joseph graduated from Pepperdine University with a degree in business and is now working as a realtor with Aria Properties. 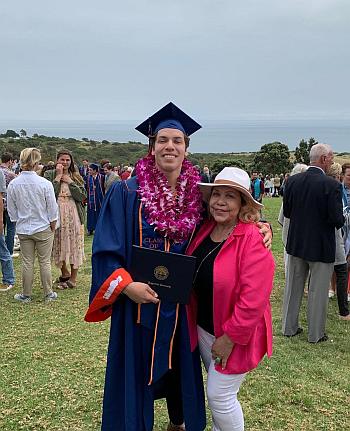 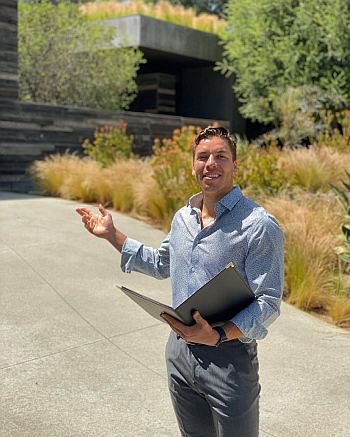 However, he also does some acting on the side and, to date, he has a total of five acting credits on his IMDB page which include The Chariot, Scam Squad, and Encounters. You won’t have heard of them because the first two are still on post-production while the last one is currently filming according to IMDB.

For those of you wondering, Joseph is currently in a relationship with social media personality and entrepreneur Nicky Dodaj. The two have been dating since 2019 and apparently met at Pepperdine University where Nicky is taking her MBA degree. 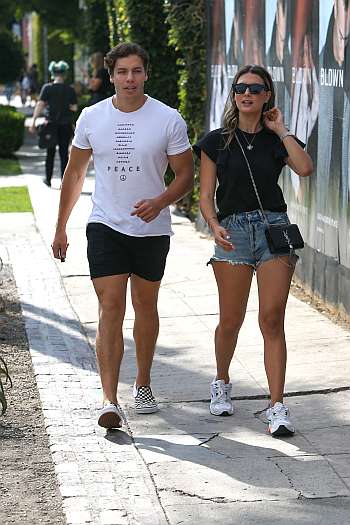