Jordana Stott Model, Pretend Actress/Director, and Real Racist. Who is Jordana Stott and why are we blogging about her? Well, fellow Famewatcher, Jordana is a dumb Aussie chick who did some commercial modeling and who purports herself to be a producer, director, and actress because she self-produced, self-directed, and self-starred in a movie. However, we are blogging about her not because of her many “talents” but because she is a stupid racist. What exactly did she do?

Well, this wannabe social media star was with his boyfriend (a dude named Lance Giles who established a food-related company which we will not mention because it would be kinda promoting them) in Singapore to attend a leadership summit. Now, instead of learning some leadership techniques that could probably help her graduate from being a wannabe to a real-deal producer, director, and actress, our Jordana spent her time invading the privacy of people by video recording them without their consent. She then openly mocked what the unsuspecting people were doing with her voice-overs and uploading said videos on her Instagram account.

What? You’re telling us she uploaded the evidence of her stupidity on Instagram? Well, we did say she is a dumbo and a wannabe social media star, didn’t we? Obviously, some of her followers may have pointed out Jordana’s vacuity and so she eventually set her account to private. 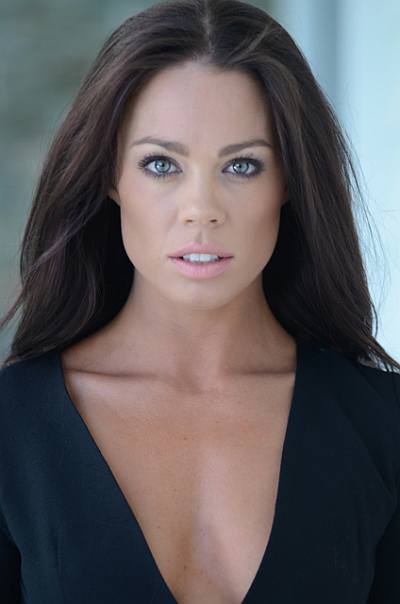 Bye bye, Jordie! You may be purty and all but air brushing ain’t going to hide the ugliness of your heart!

Okay, so she did a bad thing. It’s undeniably bad for sure but why are we giving her the Racist of the Day Award, her actions are not really racist are they? Well, they’re racist because she targeted Asian people to video record and mock.

The Daily Mail has some details of her egregious conduct:

In two videos uploaded to his Instagram account named film-fashion-wine, Ms Stott can be heard making fun of Asian people as she records them in a hotel. In the first clip Ms Stott filmed a young couple as they watched an origami video. As Ms Stott zoomed her camera in toward the pair, she can be heard saying ‘f***ing origami mate, f***ing origami’.

In the second clip, Ms Stott films a group of people posing for a picture in a swimming pool. She can be heard saying: Get it c****, f***ing get the photo, oh f***ing yeah she-shing’.

And here’s a similar report from msn.com: “A video has emerged that purports to show the founder of meal delivery company and his fiancée mocking Asian people. In the expletive-laden video, first obtained by the Courier Mail, a woman can be heard impersonating an Asian accent as she zooms in on a couple at a nearby restaurant table watching a video about origami.” 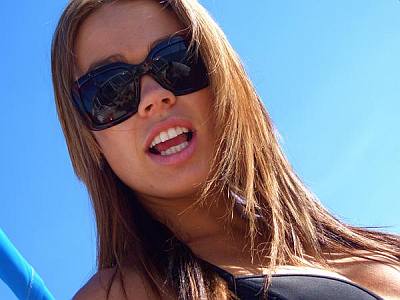 Geeze, way to downplay our Jordana’s conduct (apparently her fiance is in on it too but we will make a separate post on him) by using the word “purports”. The video clearly shows our dumb ho mocking the Asian people she was violating their privacy and video recording, there is no “purported” about what she was doing.

Anyhoo, let’s end this post with a faux apology patterned after Jordana’s fiance’s apology after they were caught being stupid and racist: “Hey, Jordana, we deeply apologize if you are offended by this post.”