As mentioned in our earlier post, the two star as Charlie Smith (Greg Austin) and Matteusz Andrzejewski (Jordan Renzo) on the new BBC show Class. Check out this screencap from the show which is a spinoff from the popular TV series Doctor Who.

So is Jordan Renzo gay or straight in real life? To be honest, we don’t really know. But he is a theater guy so maybe he is a friend of Dorothy? Here’s Jordan as a fairy in a production of Midsummer Nights Dream. 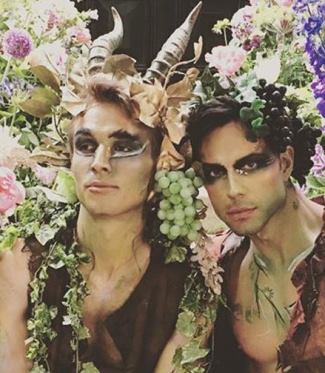 Whether our Jordan is gay or straight, there is no question that he’s got a beautiful bod. Delish! Good thing he doesn’t mind shirtless photos of himself on Instagram (follow him at @jordothejiant). 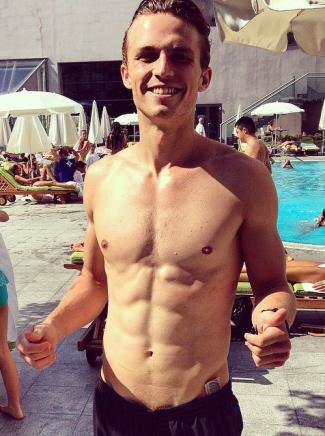 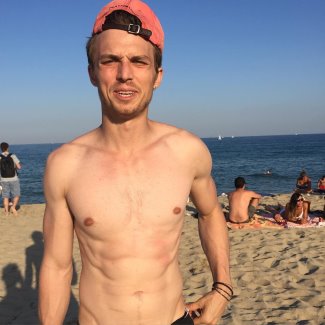 Our favorite Jordan shirtless pic of them all. 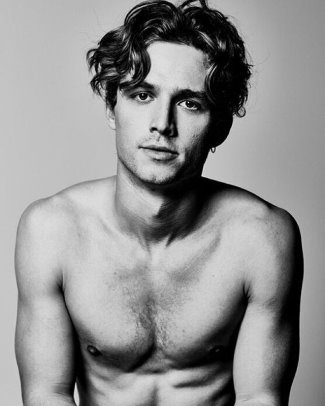 Having grown up in Poland, Matteusz might be an outsider, but he certainly knows more about fitting in than Charlie. Witty, sarcastic, and with firm moral beliefs, Matteusz is a rock of support for Charlie, who in turn is a comfort to him.

But it’s not an easy ride for the handsome couple, and Matteusz’ deeply religious parents struggle to come to terms with his sexuality. Victim to their prejudice, Matteusz must overcome the difficulties that life throws at him, and keep fighting for the love that he believes in.

And here’s Jordan as Matteusz. Damn, ain’t he purty!!! 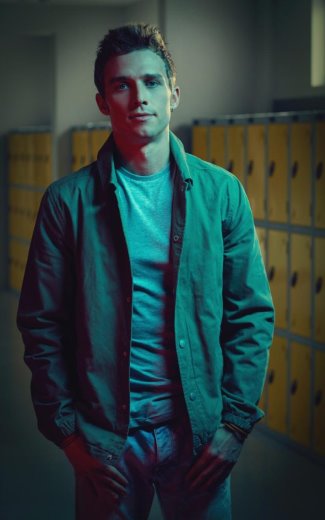 Apparently, there is some silly controversy about the gayness of the Charlie and Matteusz characters. Fortunately, the actors are not bothered by the silliness. Gay Times UK tells us more:

Jordan Renzo, who plays one of those LGBT characters, Matteusz, explained that playing a gay character in the Dr Who universe was made “quite easy” with the help of co-star Greg Austin.

He continued: “Obviously we’re aware that there’s been some controversy about it, but to us, it’s no different to any other relationship in the show, it’s just about telling the story of the dynamics and the ups-and-downs.

“There was no problems with it at all, it didn’t even come up until people outside what we were doing brought it up.”

Let’s end this post with another Jordan Renzo shirtless photo shall we? 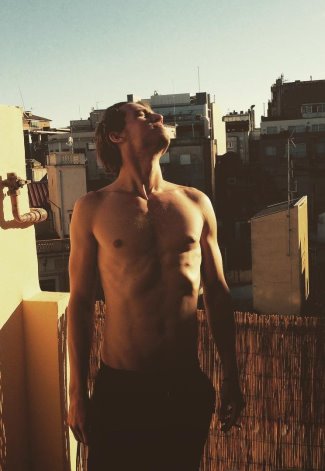 UPDATE: Does Jordan have a girlfriend? We don’t know but we’ll update this post once we find out what his relationship status is like. Danke!