Jordan Klepper Shirtless: Gay or Girlfriend? You loved the shirtless photos of Trevor Noah and Hasan Minhaj so we decided to bring you more shirtlessness from Comedy Central. Famewatchers, meet Jordan Klepper in all his shirtless glory. Hehe. 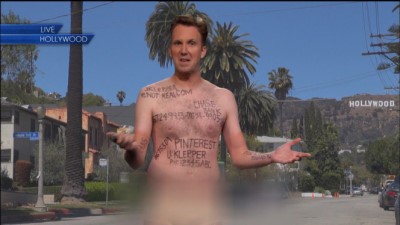 Not bad, Jordan! You should have gotten some fake tan first. But then again, if he is tanned, it would be hard to read all them things written on his pasty white body. 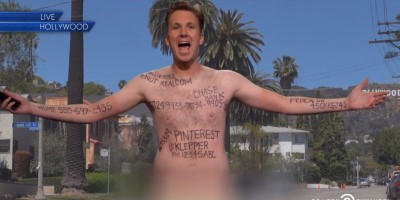 How does Jordan compare vis-a-vis his Comedy Central colleagues? Check out Trevor Noah Shirtless as well as these Hasan Minhaj Shirtless pics. Out of these three funny guys, we think Hasan has the best shirtless game. No one can beat the hairy Hasan as an Abercrombie greeter boy. 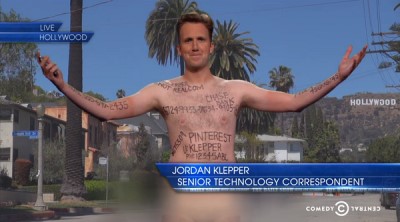 Is Jordan Kleeper Gay or Straight? He is straight. Although he kinda went kinda gay with Trevor Noah in the photo below. Joke. 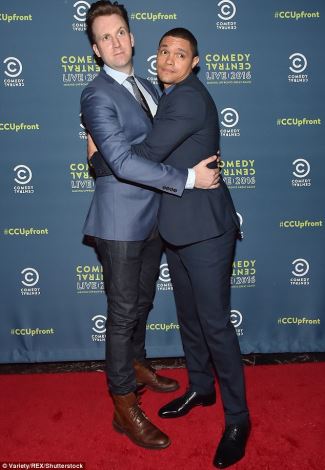 For the record, it ain’t gay if their nether regions are not touching. Hehe.

Jordan Kleeper Girlfriend? What’s Jordan’s current relationship status? Is he dating anyone? Does he have a girlfriend? Nah! He does not have a girlfriend. What he has is a wife — Laura Grey. The two tied the knot four years ago in 2013. Here are photos of the lovely couple. 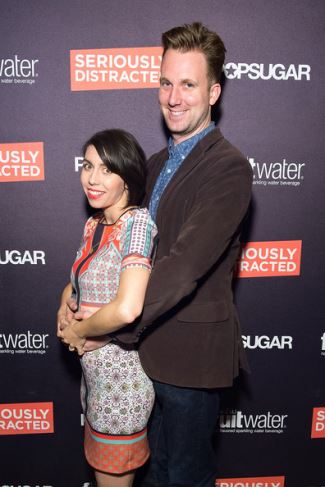 Laura is an actress and a writer. 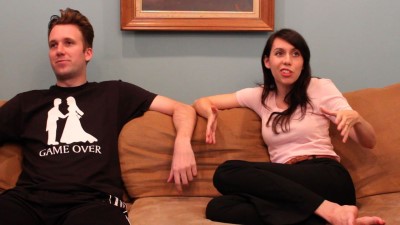 The two work together on Comedy Central’s The Opposition With Jordan Klepper, the news satire program headlined by Jordan which is aiming to become the new version of The Colbert Report. Laura, for her part, is a citizen journalist for the show.

By the way, for the Famewatchers among you who are wondering whether Jordan Klepper is a real Republican, the answer is that he is as real a Republican as Stephen Colbert was. After all, Democrats ain’t no gun huggers as Jordan clearly is, no? 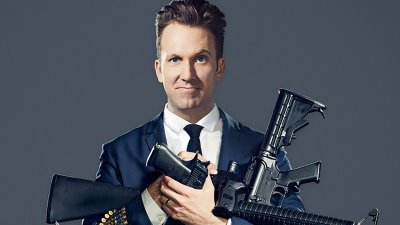