Jordan Gavaris Leather Chaps and Shirtless Photos. Today in men in leather, we bring you 24-year-old actor Jordan Gavaris who some of you know as the leather chaps-wearing artist/rent boy in the BBC America series, Orphan Black. We are not going to upload the backside version because it will scandalize our grandmama, you have to look for that elsewhere. Haha. 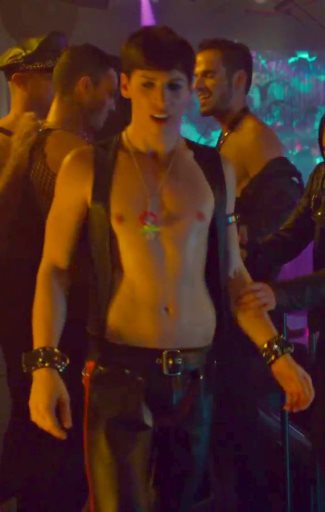 Jordan is relatively new in the biz  but his impressing everyone with his role as a gay dude in Orphan Black. Incidentally, he also played an LBGT character when he guested on the teen drama, Degrassi: The Next Generation where he gets kissy-kissy with resident football jock Riley Stavros (played by Argiris Karras). 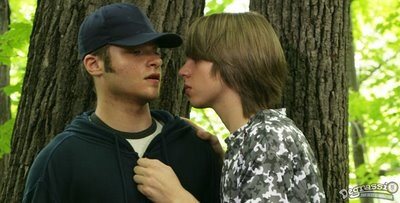 We hope Jordan does not get typecast playing LGBT roles ecause that would be a sad waste of a young talent. But we must admit that we are keeping our fingers crossed that his Orphan Black character will hook up with the achingly handsome Paul Dierden (played by fellow Canadian hottie Dylan Bruce)

Jordan Gavaris Shirtless Photos. It’s time for some shirtless pics featuring our Canadian hottie. Here’s one from his Degrassi days. Was that only four years ago? It feels like forever. 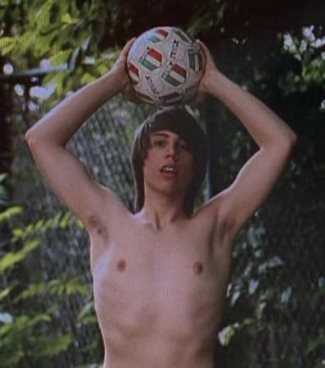 A shirtless Jordan goes hiking with some friends. He tweeted this pic back in 2011 with the following message: “With some of the crowd at Solstice Canyon in Malibu. Can you see the waterfall(s) in the background?” No, Jordan, we ain’t seeing any waterfall at all. 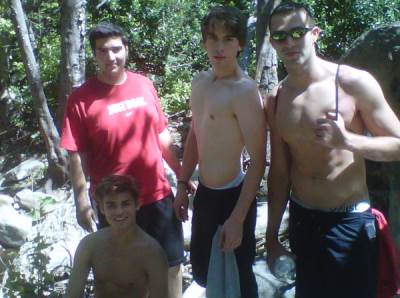 Here’s Jordan as rentboy Felix (“Fee”) Dawkins hooking up with an older gentleman. Does our Felix have some daddy issues? 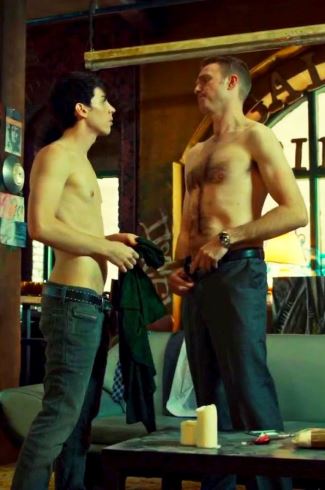 Jordan Gavaris Underwear: Boxers or Briefs? Does our Canadian cutie prefer boxers or briefs? We don’t know. But we do know that his TV alter ego loves him his briefs underwear (and leather chaps of course). Check him out posing in front of the mirror. 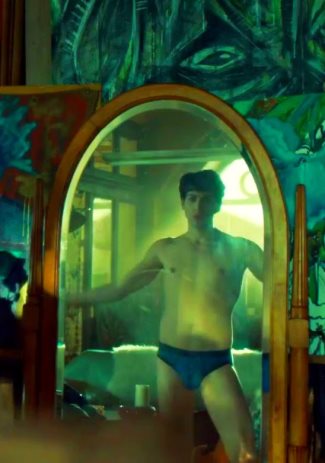 Is Jordan Gavaris Gay or Straight? He may be great in playing gay roles but is he also gay in real life? Does he have a boyfriend? Or is he straight and actually has a girlfriend? The honest answer to your questions is: WE DON’T KNOW. And we will never know until he introduces a boyfriend/girlfriend to the public that would answer the above questions.

…..
2020 Update. Turns out that internet voters do not know anything at all because Jordan came out as a gay dude three years ago in 2017 during an interview with Vulture Magazine. Now, if you are wondering whether he has a boyfriend, the answer is in the affirmative. He is dating actor Devon Graye and, apparently, they’ve been seeing each other since 2012 after they’ve been introduced to each other by Jordan’s Orphan Black co-star Tatiana Maslany. 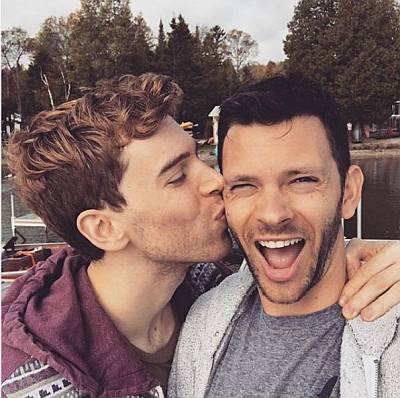