Jordan Buhat Shirtless, Girlfriend, Ethnic Background. If you’re watching the TV show Grown-ish the you’re already familiar with Jordan Buhat who plays Vivek Shaw on the show. If you haven’t seen the series yet, well, say hi to our sculpted actor. Oh, and go watch the critically acclaimed dramedy on Freeform.

The 28-year-old actor is relatively new in the acting biz and Grownish is his first major acting gig. He only has three acting credits to his name on his IMDB profile but he starred in stage productions in Edmonton, Alberta before he moved to Vancouver to pursue acting in front of the camera. 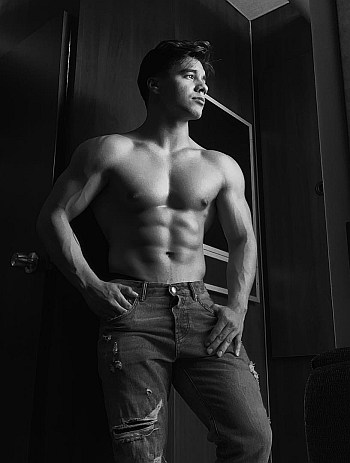 Jordan is thrilled to be in the graduating year of the BFA Acting Program, as Sebastian in Twelfth Night, as well as The Government Inspector and Bright Burning. Jordan is also known for his roles in the BFA as Antonio in The Tempest and E.K. Hornbeck in Inherit The Wind. He was most recently across the border in a touring production of Twelfth Night as Sir Andrew Aguecheek with The Shakespeare Theatre of New Jersey. Other STNJ credits are: Florizel in The Winter’s Tale, as well as being an ensemble member in The Royal Family and Learned Ladies. Jordan is also pursuing his love of personal training and competing. He is experienced in Crossfit, Powerlifting, Olympic lifting, cycling, running, and rowing. He credits where he is now to his mother and father, his friends, Will Smith, the BFA Acting Faculty and the Department of Drama staff, and fellow STNJ company members.

No wonder he is so fit, he is into bodybuilding and all that physical stuff.

Jordan Buhat Ethnic Background. Though he plays an Indian on Grownish, Jordan is actually part Filipino (through his dad) and Caucasian (through his mom). 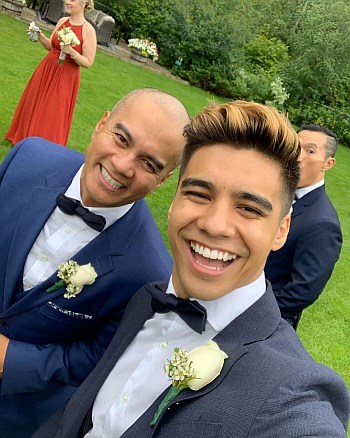 Here’s Jordan with his father who, it turns out, is the original bodybuilder of the family. 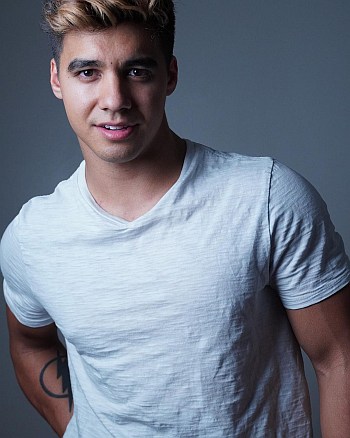 And here’s a photo of Jordan with his mom which we grabbed from his Insta (follow him @jordanbuhat). 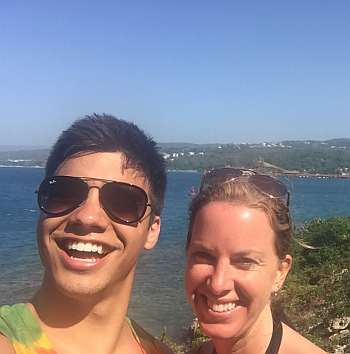 Oh wait, did we say his dad is a bodybuilder? Yes he is! Here’s a photo of Buhat Sr. competing in a bodybuilding competition. Hot damn! 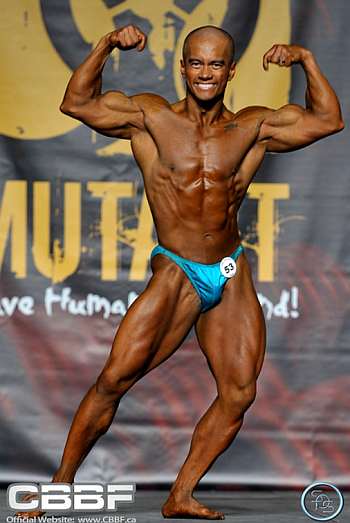 Jordan Buhat Gay or Straight? He is straight and married to wife Lucy Buhat who, like is hubby, is also into fitness and bodybuilding. The two tied the knot in February last year before the world locked down because of Ms. Rona. 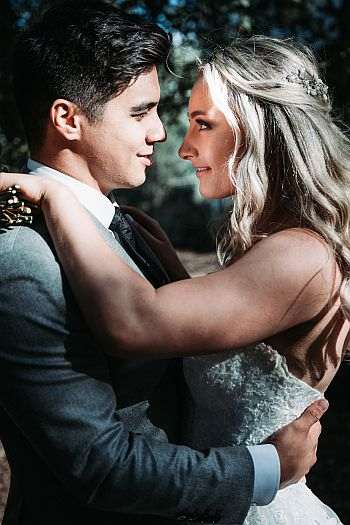 What a lovely couple, no? 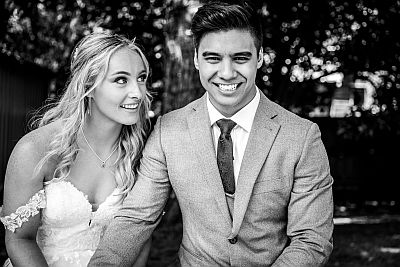 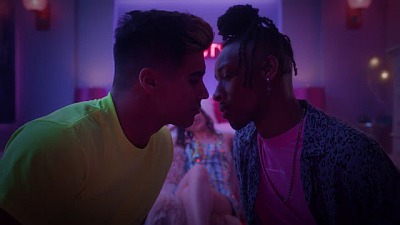 Want more Jordan Buhat Shirtlessness? Of course you do! You can see more of these on his Instagram page. 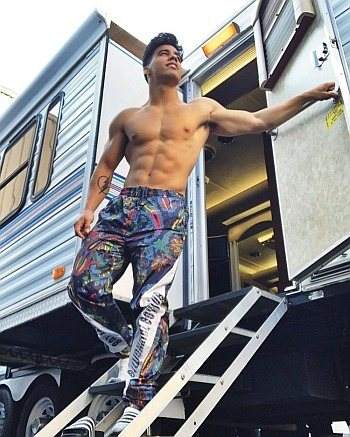 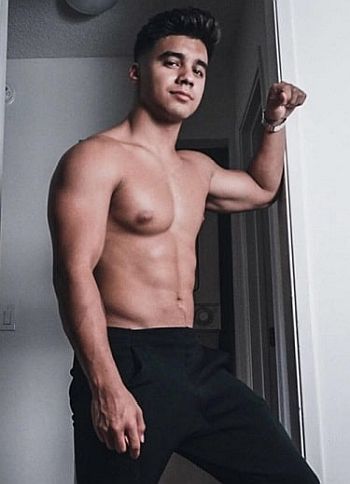 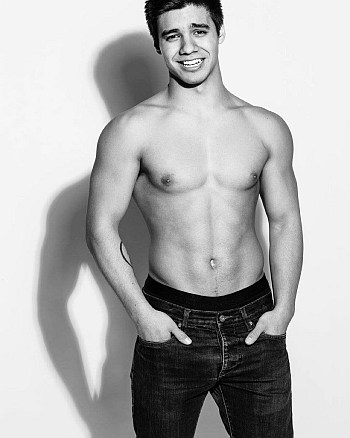 What a good looking hunk! He looks hot when he ain’t shirtless too. 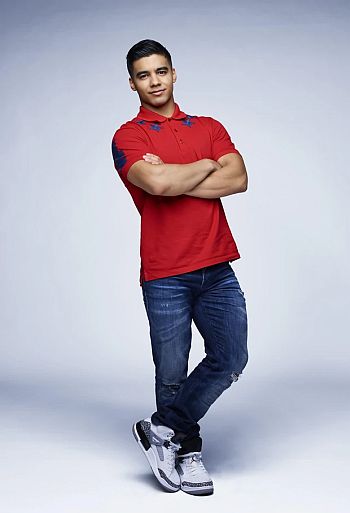 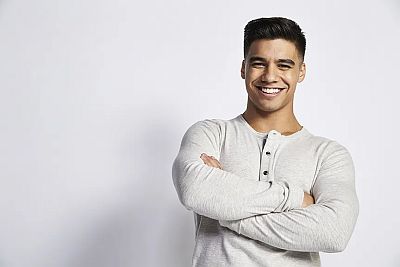