JOOP Mens Leather Jacket: Male Fashion Style. Did you like our earlier post on JOOP suits for men? Well, if you did and if you are a fan of German designer Wolfgang Joop’s fashion creations, then we’re betting that you’ll also like these JOOP leather jackets. 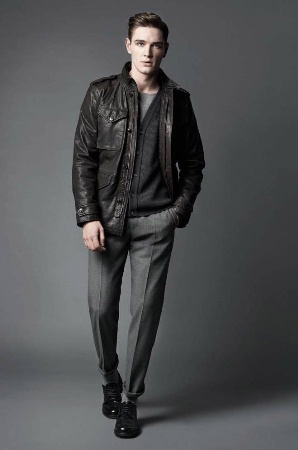 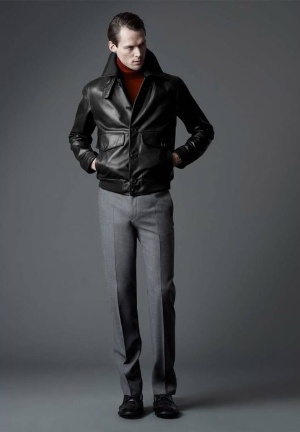 Update: Our bad. Wolfgang Joop isn’t actually behind the designs of these jackets. Although the German designer started the JOOP! brand (yup, with an exclamation point!) in 1986, he sold 95% of his shares in the company in 1998. Three years later, in 2001, he sold his remaining 5% shares in the label and left the company. So, as we said, Wolfgang Joop (who once called Heidi Klum fat) is no longer with JOOP!

JOOP! is a popular and well-known brand in Germany and it has stores in other parts of the world. If they’re not near you, you can buy their products via their online store.

For his part, Wofgang Joop, has founded a second label called WUNDERKIND which, if our understanding of German is correct, translates to Wonderchild. [Is this the right translation, Deena?]